A Teenagers View of heaven

If this one doesn't move you, I don't know what will! It blessed
me, it really did. Think on it.... I have only one word for you... SHARE.
It is long but please take a moment to read.

A TEENAGER'S VIEW OF HEAVEN

17-year-old Brian Moore had only a short time to write something
for a class. The subject was what Heaven was like. 'I wowed 'em,' he later
told his father, Bruce. 'It's a killer. It's the bomb. It's the best thing I
ever wrote..' It also… Continue

i'm sorry we haven't been on for awhile but things have been a lil hectic here ya know with kids schools getting out this week, scheduling visitations and of course keeping up with the girls... speaking of the girls- they are doing wonderful! both are growing and getting chunkier..lol they are back to thier birth weights plus an ounce. mikayla had her PICC line removed and is no longer on IV fluids, they are also rotating CPAP and nose cannula with her every 4 hours. but they… Continue

We are getting an ethanol plant here in Mitchell County Georgia. What kinda training can we look forward to getting. Has anyone had any problems with there plants in there area... We have very limited resources here and we only cary 5 gal afff foam and 5 gal FIREAID on the trucks and I don't think thats going to cut it.

Greetings and Salutations to all!

Well this is the first time I've done a Blog so here I go. I've been working in Fire/Rescue for about a year now. I'm working on getting on getting my fire certs through my fire department later this year. I'm wanting to get hired on full time or at least part time by the end of the year or by the begining of next year. Here's hoping. Dom speero sparow (As Long As I Breath I Hope) I guess.
I just turned 26 and WOW I thought I would be further along in my career than I am now. I'm just… Continue

Has anyone dealt with Yurts, a membrne structure for camping. I have one being developed in town and they want to rent it out for overnighters. Let me know if you have any advice as to how to deal with these things.

To all of our brothers and sisters who have fallen in the line of duty: May God be with all the famaly and may He calm the hearts of the ones left behind. May we also remember them and honor them by every time the alarm go's off to get back on the truck.

Gus was a good ole girl.

Gus was a chocolate Labrador retriever puppy we found and adopted from the Humane Society back in 1994 when my son was just a toddler. She was named Gus because we were told she was a he – but after discovering the mistake, we opted to make it… Continue

Being The wife Part 3

Now I know how a gold fish feels. He now has all the stuff(except the last load). He is now just driving by to check on the house he says. He brings his girlfriend and now together they are stalking me . I think that she drives by when he isn't with her to make sure he is not with me .I should have posted a sign that says "Look into your future".
The way I know that she and he are driving by is we lived at the end of a dead end circle. It is pretty hard to hide a big dodge diesel truck… Continue

"WITH ALL MY LOVE TO EVERYONE"

Recently I overheard a mother and daughter in their last moments together at the airport. They had announced the departure.

Standing near the security gate, they hugged and the mother said, "I love you and I wish you enough".

The daughter replied, "Mom, our life together has been more than enough. Your love is all I ever needed. I wish you enough, too, Mom".

They I am LITTLE BO PEEP and i… Continue

Just thought I would share about a new movie coming out in the fall of 2008 called Fireproof. It's about a firefighter trying to put his marriage back… Continue

I have a quick question...

Is it me or do departments today rely more on electronic tools than before?

TIC is one.
GPS
Computers on our trucks.
Power point presentations.
Cell phone and Nextel.

Are we as the fire service getting to the point where we can not fight fire anymore without a Thermal Imaging Camera as the first thing off our trucks?

Do you feel that we depend on these things more now and if so - should we?

When I started (a thousand years ago) we… Continue

I found some past issues of National Fire-Rescue magazine at the firehouse over the weekend and started reading them in my "library" at home. You know the one I'm talking about, the one adorned in porcelain and shower curtains.

I found a great article on generating public awareness that hits home in so many ways. We do a ton of PR at Evans Center, sometimes to the extent that I think we're becoming "over-exposed," but I still think we can do better.

This article touches on the…

I found this and wanted to share it with my brothers and sisters. ss everyone! always, angie

The Dash Poem
by Linda Ellis
I read of a man who stood to speak
At the funeral of a friend.
He referred to the dates on her tombstone
From the beginning… to the end.
He noted that first came the date of her birth
And he spoke the following date with tears,
But he said what mattered most of all
Was the dash between those years.
For that dash represents all the time
That she spent alive on earth.
And now only those who loved… Continue

"Keep away from people who try to belittle your ambitions. Small people always do that, but the really great make you feel that you, too, can become great." -Mark Twain

We all surround ourselves with certain types of people. Some are good influences on us, some are not. You can't choose your family, but you can make choices about friends and aquaintences.

There are those that support and encourage us. People who push us to our very limits and help us to realize our… Continue

Hello all,
I am not sure if you saw my new topic i posted but yesterday was exactly what I was talking about in the posting. Smart assed, know it all rookies. I wanted to punch this guy in the mouth. Absolutely no respect unless you are on of his drinking buddies. I have no respect for this guy because he is like a remora on his training officers ass at all times, on and off the job. Very in your face and loud. It makes for a very uncomfortable and tense shift. Well for me at least he… Continue 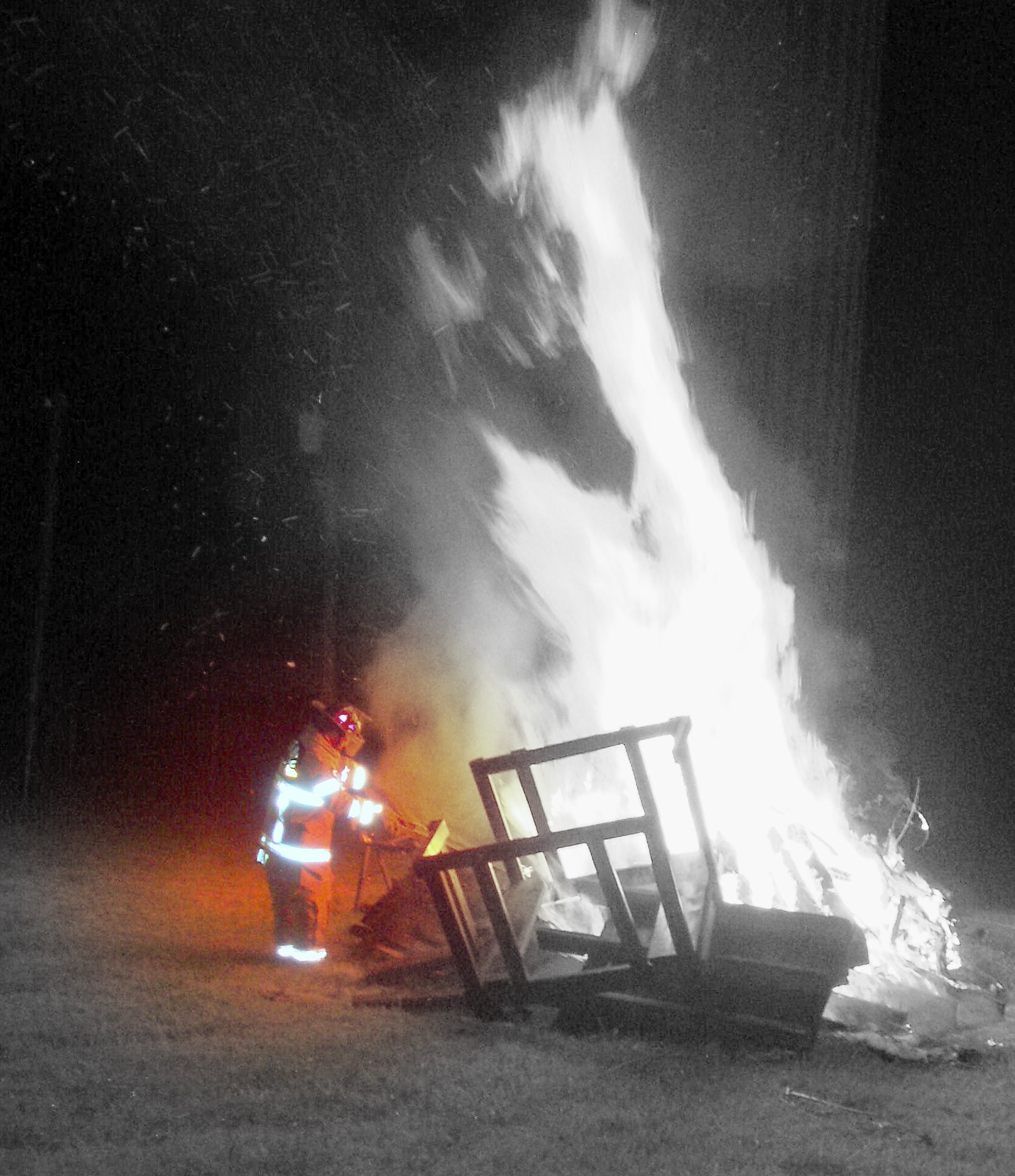 We are looking to feature fire and ems photos throughout our website on Firefighter Ministries. If you would like to share your pictures (with credit of course) with us, please contact me at wendy@ firefighterministries.org. We would love to hear from you!

We have also brought back our online newsletter. You can go to our homepage to sign up for it now!

I hope you all had a… Continue

Overheard on the Bus

Its only May, and my collection of DUI humans grows by the week. I had considered waiting until the end of the summer and doing a wrap up of all of the fun conversations I've had with alcohol-fueled drivers but I can't wait until August or I will forget them all.

First, I'm glad they had a mock DUI at the high school. They should have made parental attendance a condition of graduation. So far this summer every single one of my drunk-wrecked has been between 45-55 years old.… Continue

Loss of a fellow Firefighter

We at Gasport Chemical Hose mourn the loss of our fellow firefighter Michelle McQueen. She was killed Memorial Day May 26,2008 in a motorcycle accident. Please keep her family and Fiance Mark Morse who was also injured in your thoughts and prayers. She was 24.

any one selling used fire equipment like turnouts and stuff. prefferably red in color .. thanx.