But They'll Die as "Valiant Heroes"

Earlier this week some of us were shocked and surprised with the confined space close call in Indiana. Two men were found unconscious at the bottom of a well. Two firefighters went down to rescue and them and became incapacitated as…

Stick with the Old, Toss the New

This week a new design in SCBA was field tested by firefighters here in the metro-Washington, D.C. area. Its unveiling marks a significant change that can affect firefighter operations and stress. Unfortunately, some people seem to be stuck in "tradition" and much like mammoths caught in the La Brea tar pits, their narrow-mindedness keeps them from seeing the potential that this new tool has.…

On the night of May 28, 1977, the Beverly Hills Supper Club in Southgate, Ky., was the scene of one of the worst nightclub fires in U.S. history. Today marks the 33rd anniversary of that tragedy. Here, we look back at the incident and pay tribute to the firefighters who bravely battled the flames and pulled victims from the burning…

Safe on the Shore: Performing a shore-based water-rescue operation

Consider this scenario: You’re the battalion chief on duty during a summer afternoon, and you’re dispatched to a call involving a “car in the river with possible victim trapped.” As is most often the case, the address is vague; all you know is… Continue

But Wait, There’s More! The Ginsu phenomenon & the fire service

From the May 2010 issue of FireRescue magazine

If you’ve ever watched TV, you’ve likely seen a commercial that sounds something like this:

“For three easy payments of $29.95, this limited edition set of elevator music greatest hits can be yours. But wait, there’s more! If you call in the next… Continue

GARY -- The city laid off four firefighters and got rid of the jobs they held Wednesday as it moved forward with cost-cutting that originally targeted as many as 57 firefighters' paychecks.

"It wasn't like we had a big choice," Firefighters Local 359 President Raynard Robinson said.

Today is my mom's birthday. Happy Birthday Antoinette! I know she is looking down on me. She is the main reason I became a volunteer. Volunteer ffs in Bellport, NY saved her life and it made such a big impression on me. Volunteers lived on my cul-de-sac (like 6 out of 10 homes) and they got a pulse before EMS arrived. She was literally blue, without oxygen for about five minutes. That happened 14 years ago and she's been gone for…

The rescue company has just rigged the anchors for a rope-rescue pick-off. As the rescue safety officer, you ask yourself a series of questions about the anchor system: How much weight can the anchor points hold? How much weight will be applied to the various… Continue

Firefighters Get Creative to Rescue Teen Trapped in Tree A call to the 911 Center in Concord, N.H., reported that there was a male stranded in a tree. 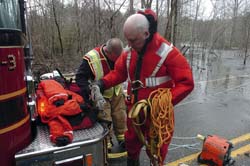 About that Mosque At Ground Zero

I'm a fairly open minded guy, but this Mosque controversy at Ground Zero -- well it for the birds. After the mosque is built, I can imagine Muslim extremists and others chiding
one another..."We slaughtered thousands of their people -- and the stupid
Americans erect a golden shrine in the name of Allah, celebrating our success."
B/S
That's the plain and simple of it! We're at War with Muslim. New York, Afghanistan, Pakistan, Iraq, Iran and a few others in…
Continue

West Webster Firefighters held a dedication at their Station #2 on Backus Rd this past weekend.… 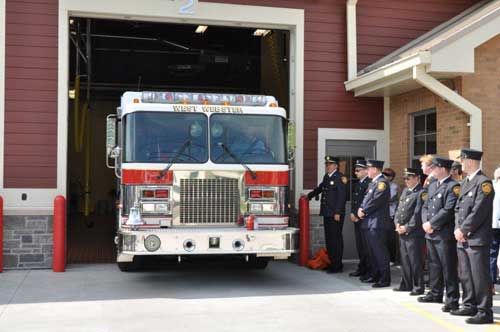 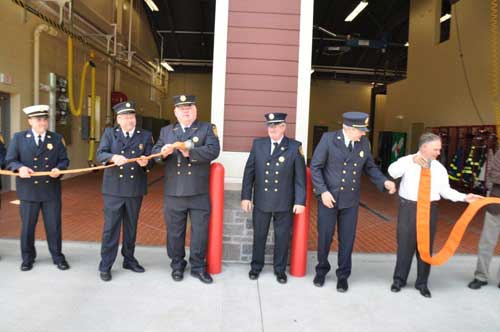 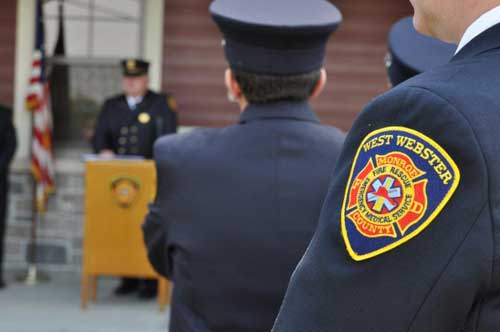 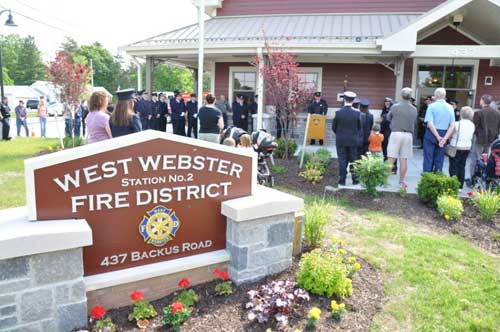 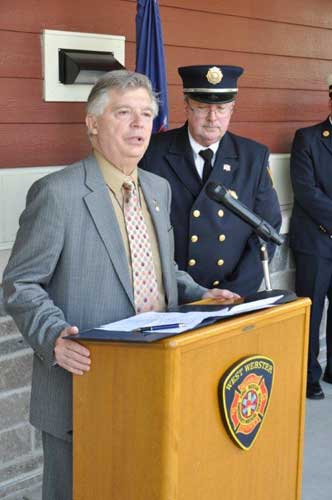 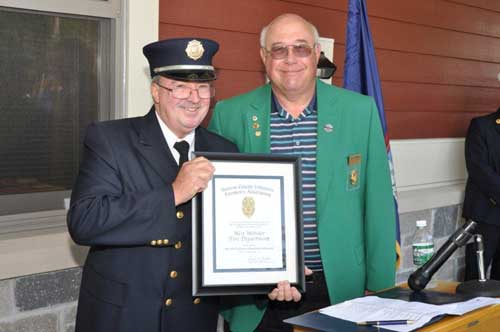 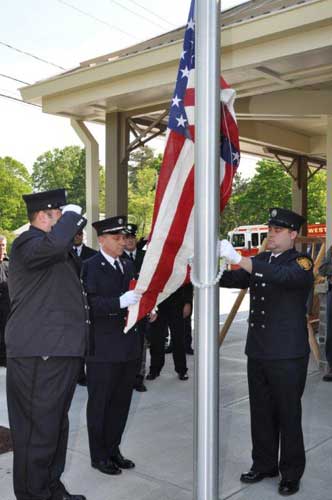 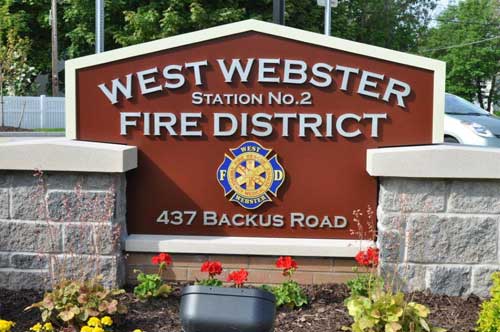 Welcome to the First Due Blog Carnival's second edition, "Influential Fire Reports". We asked you to share what firefighting report made a personal impact on how you operate as a firefighter or fire officer. The response was great and varied between being deeply personal and having a mission. Take…

It has been really quiet in terms of calls in the last two weeks. It seems that politics has made its way into so many places in our township, and just like a snake, is lifting its head up in places you don't expect it. Yes, our department and others. Cut-backs and budgets are to blame but what I don't understand is the need to sacrifice safety for dollars. I cannot comment more on this right now.

Reflections on an EMT-A class

First of all I thought that I'd preface this with a little history. I originally became a First Responder in 1995 and and EMT-B in 1997. I worked part time as a medic for about a year and then since I just met my wife and we got engaged something had to go. I kept the fire dept but stepped back from EMS. I let my EMT-B cert expire and just maintained my First Responder Cert.

This is the next couple of pages in the New members House book. I have also included the cover of the book. Enjoy

Welcome to your new…

Steps for Creating an Appropriate Action Plan for Any Incident

I have been writing once and a while about communication in the fire service. This got me to thinking about my own house. I pondered about this and figured that I should write a book about what the expectations are for new members in our house and district. This is a work in progress and I wanted to share it with everyone here and get your opinions on the rough draft. I have it mostly done and will be putting it up here in sections. I am starting out with the introduction and the first…