Exemption from traffic laws doesn't exempt you from safe driving

On April 9, AOL Autos published an article titled, “‘We Run Red Lights for a Living’: Inside A Fire Engine Driver’s Mind.” The article in and of itself is pretty informative, with quotes from a Boston Fire Department engineer such as: “There’s a fire there, there’s still gonna be… Continue

What You Need to Know to Properly Spot & Stabilize an Aerial

Local carnivals move and set up several times, often weekly, as they move from town to town. The North Bailey Fire Department was in view from my bedroom window in the house I grew up in. Each year, the department held a firefighter carnival, complete with a ring toss, chicken barbecue, refreshment tent and… Continue

By the time this article is published, the wildfire season will have passed yet again. Although people continue to argue about whether and how much climate change is caused by humans, the intensity and duration of the fire season seems to be getting worse.

Southern California is to wildfire… Continue

Almost every day I have an egg sandwich at this tiny diner across the street from my office. While I was walking to the diner today, the fire alarm went off in Chatham. I passed a little girl walking with her Mom and the child was holding her hands over her ears. She yelled, "Mom, what's that noise?" The mom mumbled something about the sound being the railroad, which happens to run behind the Chatham firehouse. It wasn't my place to… Continue

It’s sometimes difficult to imagine that it was 19 years ago that the Scott Firefighter Combat Challenge was launched with fairly humble beginnings at the drill tower at the Maryland Fire Rescue Institute (MFRI). Now with interest spanning the globe, all eyes are directed to the Fremont Street Experience in downtown Las Vegas, where more than 750… Continue

Random Thoughts From a Linear Thinker

Now that I am working emergency response full-time, I have noticed something that I haven't seen in a long while. I've been working 9 - 5 (basically) since mustering out of the Marine Corps. A few years ago I began volunteering as a firefighter and EMT. Now full-time as an EMT, I have noticed that the "atmosphere" is basically the same as when I was on Active-Duty - we're dragging through stretches of complete boredom, punctuated by brief periods of excitement. (The original quote is for "sheer… Continue

Community Support Helps You Earn $10,000 for Your Department

A Community Pledge to “Be Fire Smart” Can Earn Local Fire Departments $10,000 in Funding from Liberty Mutual Insurance

With less than a quarter of U.S. fire departments operating with sufficient budgets, according to a 2008 National Fire Protection Association survey, 10 departments can now turn to… Continue

Change Your Clock, Change Your Battery Program - What is Your Department Doing? 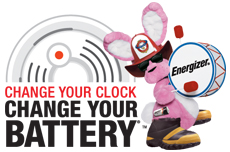 For the past 22 years, the IAFC and Energizer have worked together to remind communities across the country about the importance of fire safety through the Change Your Clock Change Your Battery® program. This fall, the program urges people to change smoke and carbon monoxide detector batteries when changing clocks back to standard time on November 1.

More than 6,000 fire departments use this program to reach out to their communities with this live-saving information. Thanks… Continue

The Place to Start When Building a Station

Fire Station Design Symposium provides all you need to know, from strategic planning to furnishings
By Robert Tutterow

Most firefighters and officers are familiar with the terms “strategy” and “tactics” as applied to firefighting operations. However, the true operational level of firefighting is not discussed much in firefighting literature nor overtly addressed in our practices. Because we traditionally use military terms to describe our work, including references to fire as the “enemy,” it’s useful to discuss… Continue

Safety Tips for Working in the Water

In January, a commercial jetliner made an emergency landing into the Hudson River. This may not be a common occurrence, but domestic flight patterns in the United States put aircraft everywhere, which underscores that we must be ready for the almost unimaginable. The U.S. Airways crash was a rarity, for sure, but water operations are… Continue

The IAFC Foundation’s Board is pleased to announce that $30,000 is being awarded to 33 first responders representing a range of departments and ranks to further advance their fire service education.

In these difficult economic times, the IAFC Foundation increased its total level of support for first… Continue

The National Volunteer Fire Council (NVFC) bestowed its 2009 Lifetime Achievement Award to Fred G. Allinson, a volunteer firefighter from Washington State. With a distinguished record of service, including six years as NVFC Chairman and 39 years as a volunteer firefighter, Allinson’s accomplishments exemplify outstanding performance. The NVFC Lifetime Achievement Award is sponsored by… Continue

Fall Webinar Series: Gain the Knowledge and Solutions You Need

The IAFC has announced its fall webinar series. These webinars are open to both IAFC members and non-members.

Is It Safe Above? Tips for assessing roof conditions & initiating ventilation at commercial fires
By Michael M. Dugan

Fires at commercial occupancies are one of the most difficult operations firefighters and officers encounter. These fires are resource intensive and dangerous, and our record of performance at such fires is hardly perfect. Roof ventilation during a fire in a commercial structure is a key tactic for… Continue

(Note: A typical auger consists of a continuous corkscrew blade on a long metal shaft surrounded by a round metal tube. Augers are often used to move material such as shelled corn or grain from a lower end where the product is placed, to a higher end where it is discharged. Augers… Continue

It's Business: National fire service organizations stand up for their dues-paying members

Editor's Note: An abbreviated version of Nozzlehead's response to this letter appeared in the October issue of FireRescue magazine.

Dear Nozzlehead: Once again the disunity and parochial side of the fire service (career vs. volunteer) rears its ugly head—this time in the form of the fire union rep’s recent testimony to Congress… Continue

Survival of the Fittest
Story & Photos by Jeff & Martha Ellis

Powerful legs can come in handy at a number of typical emergency scenes. Everything from climbing stairs to lifting a heavy patient to breaching a ceiling becomes a bit easier when you have the ability to generate power with your lower extremities.