My Emergency! Man Crush is Back On

This is a blog on my personal site....here's the teaser...click the link to read the full blog

One TV show changed my life.

When I was a wee bit lad of 11 or so, I started tuning in to what was exceptionally poor reception on Channel 24 in Baltimore. There was this awesome show called Emergency! It was all about… Continue

I didn't do anything special on September 11, and here's why...

Remembering the firefighters, police officers, and medics who were killed on 9/11/01 is important; in fact it's so important that I have included it into the culture of my average workday. I have visual memory triggers to help me remember, including 9/11 memorial decals on both my personal and work vehicles. I wear a bracelet memorializing Captain Terry Hatton of FDNY Rescue 1. Helmet stickers, check.

There are two even more important things I do on a routine basis. The first is that… Continue

IT'S SO HARD TO BELIEVE THAT 9/11 TOOK PLACE 7 YRS AGO ALREADY. TO ME IT'S JUST LIKE IT WAS YESTERDAY BUT SADLY TO MANY OTHERS IT'S JUST ANOTHER DAY. EVEN FOR SOME IN PUBLIC SAFETY THEY HAVE FORGOTTEN OR HAVE MADE LIGHT OF IT.

LAST NIGHT AT CHURCH MY HUSBAND (WHO IS A FIREFIGHTER) MENTIONED 9/11 AND IT WAS AS IF IT MEANT NOTHING... THAT REALLY SADDENED ME. MYGOOD FRIEND SAID PERHAPS THEY WANT TO FORGET THE HORROR.... BUT WE CAN'T BECOME COMPLACENT... WE CAN'T FORGET!

Today is Patriot day, September 11th, 2008. Seven years since the 9/11 tragedy. Seven years since thousands of people lost their lives in a matter of less then two hours. Sons, daughters, fathers, mothers. All lost in what seems like the blink of an eye. All lost for reasons we may never understand. My heart breaks for the families and friends who all lost someone that day. They watched the news in terror; just waiting, hoping, praying for someone to walk through the door just one more time.… Continue

As I set here this morning, not being able to sleep, I keep thinking back to 7 yrs ago, So long ago but not to long for some. I worked that day and every year sence, except this year. I did not have anyone directly connecting me to 9-11 except the loss of emergency personnel lost for doing their jobs. I still feel a personnel loss as if it were my own family.

I get mad because people have forgotten, not just civilians, the fire service/ EMS/ PD there are no services, signs or… Continue

In memory of those who lost their lives 7 years ago today.

Tomarrow is a day to remember and not foerget those we lost not so long ago. And for this rookie to thank all the ones that put their lives on the line daily. Thank you from all my heart.

Grief Through the Eyes of a Firefighter's Child

Several weeks ago I returned home after working one of the firefighter fatalities that had occurred over the 4th of July weekend. I have needed some time to regroup and to rest after this one. Over the many years that I have been running the TX Line of Duty Death Task Force, I have adjusted many American flags that drape the caskets of the fallen, I have held the hands of countless families as they grieved the loss of their loved ones, and I… Continue

Well to think that it has been 7 long years since we were under attack form people who hate us for being a free country.I have watched in the years as they pasted that the flag flying has gotten less.Fire and police and ems were praised.Patriotic people were on every street and car but we have gotten quite again.Lets fly the flags again on the cars and trucks let get the proud feeling alive again.Let us not forget the people that lost thier lives and the one that gave thiers to try to save… Continue

Does Your Department Specialise in Plate Spinning? 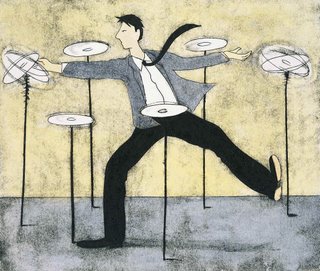 In a recent discussion in the Rope Rescue Group on FFN, I referred to many departments as "plate spinners". You can read the full discussion at:
http://www.firefighternation.com/group/roperescue/forum/topic/show?id=889755%3ATopic%3A882697

I'd like to say that this term used to describe many departments is mine, as I feel that it sums up many the world over, however it's not- it was suggested to me by someone who heard it from… Continue


HASTINGS -- The sight was terrifying, Johnny Montes said of seeing his father-in-law's scorched remains in the shell of a burned car.

He cannot fathom how Hastings firefighters missed making the grim discovery when they extinguished the driveway car fire Friday morning, then cleared the scene after leaving a note on the door advising about insurance notifications.

"You couldn't miss it," an incredulous Montes said Tuesday.… Continue

HOW DO YOU RUN YOUR ACCOUNTABILITY.

Hey guys i just wanted to see how accountability is implemented on your firegrounds.

Well I am half way thru the chemo and it s getting tiering and side effects are lasting loger I am glad I hae 4 more to go. I can't wait to get this all behind me and get back to work I have joined the www.firefightercancersupport.org group and it has been a learning experience so many getting cancer the same way i had it and others in little different way. Plus it's a great bonding between cancer patiens same in much the same ways the firefighter brotherhood.But not al fire department are… Continue

This weekend I pulled my first trauma code. I kinda felt that is was a waist of time, resources and money. There were 3 pts in the car and the driver was DOA. The person I coded was front pass and I felt the pt was not a viable pt but due to the fact that the first responding EMT stated the pt had intially a pulse ended up being my deciding factor to code. Looking at the state of the pt I had the gut feeling they were not a viable pt and we should have focused our efforts on the surviving pt… Continue