He Gets the Last Word; Black Diamond Boot Review--The Finale

I could get all creative here and write something witty, but no time for that....Tokyo Burns, more later.

In his own words:

Ok, so I've had some time to really get some work in on these boots, and yes for some of you who thinks that the chief just stands on the sidewalk shouting orders, I…
Continue

Hosebed Design: How Low Can You Go?

Inside the Apparatus IndustryHow Low Can You Go?Story & Photos by Bob Vaccaro Let me hear ya FFN, HOW MUCH FIRE CAN YOU PUT OUT?

Jack Colley, 62, who guided state preparations through disasters such as the space shuttle Columbia and the evacuation of millions of Texans during Hurricane Ike died Sunday following a heart attack. Jack worked as head of DPS' Division of Emergency Management for 12 years and was involved in the response and recovery of storms, disasters and emergencies.

Many, many Texas citizens owe their lives to Jack. Through lessons learned following Katrina and Rita, Jack was the authority when… Continue

Canines to the Rescue, Part 2

Canines to the Rescue, Part 2
Requirements for fielding K-9 teams in the fire & rescue services
By Brett Martinez

Note: This article is the second in a series of articles on canines in the fire and rescue services. Be sure to read Part 1, "Canines in…

Are You Making a Difference?

I had a brief meeting with an writer a week or so ago. We discussed the project and now we have a screenwriter. AND he's a volunteer firefighter as well. Does it get any better ?

Still need stories of the volunteer. If used a credit will be given. Hey, not just firefighting stories, but related family and community too as long as the story is tied to the service and the firefighter.

The project is turning episodic and we're talking about 6 episodes to start, including the… Continue

Send me an email to mail it too.

It happens a lot. You’ve just purchased a new apparatus, and it’s ready for delivery. Hopefully, you’ll be doing a final inspection at the factory, but you may be doing it at the station when the vehicle is delivered. It all depends on who you bought it from and what you negotiated up front.

Over at Firehouse Zen we are going to add some new interactive features. Well, they aren't exactly "features", like fancy Flash animation or anything (although I'm learning that now and might play with it on my site- but I digress). No, it would be my welcoming each and every one of you to participate in the following:
Continue 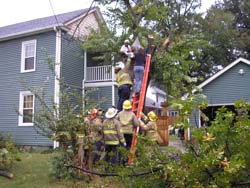 Decades of Errors Without Any Course Correction

Decades of Errors Without Any Course Correction 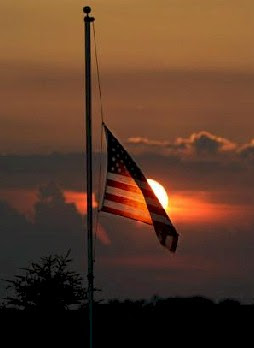 "Did you know there's a fire department in Heaven?"

I heard Cap say to that sorrowful lad.

The young boy just stared, working over the words he'd just been given.

Cap smiled, even though you could tell his heart was heavy and said,

"You bet son." As he roughed the hair on the boy's head.

Timmy looked up and his sadness, for now, gone

Cap went on holding back the tears that were…

Sadly, I must yet again say goodbye to another of the good guys. Gene Williams, EMT-P, Director of Williston Rescue Squad, lost his fight with cancer. It's been a really lousy Spring.

Find the “Safe Zones” & Other Tips for Working on Panelized Roofs