I had a killer week so yesterday I took advantage of the quiet morning and decided to sleep in. At 9:40 a.m. I heard my pager from two rooms away asking for all members to report to their respective stations for hydrant duty at 10. I started to drift back to dream land and then POPPED out of bed. I never had hydrant duty before and figured it had to do with the foot and a half of snow we've had here in…

Tales from a Tailboard fireman-explosions big and small

We just had a news story about a person who found a pipe bomb on the beach and transported it to our local firehouse. Why someone would do that escapes me. I know we are the ultimate fixers, but come on. If you think this is a one-time event, I have a story.

One afternoon Gary and I were sitting in front of the apparatus door watching the world go by. A car pulled up and two guys got out. They carried a package to me and I thought they were… Continue

A tsunami advisory has been issued for the California coast this morning following the overnight magnitude-8.8 earthquake that struck off the coast of Chile, according
to the LA Times. "An advisory means there may be strong currents,
but that widespread…

Im still a probie on the first aid squad. I absolutly love doing it. However at this time i've been placed on medical leave because of seizures leading to my squad coming to pick me up. Im starting this blog to maybe get some tips as to dealing with certain things. It all has to do with medical and i figured who better to ask then those who are more experienced than a probationary. Ive had alot happen to me throughout my life. Recently i started having these attacks. We thought they were… Continue


The Quick Response Media Corps (QRMC) is a free U.S. Fire Administration (USFA) initiative open to all members of the fire service. QRMC provides members with up-to-date information about the latest USFA public education campaign news. The goal of QRMC is to…

hey guys im new to the web site. i am new lt. on timmonsville fire dept. i am currently handling traing. im still learning more and more everyday in the fire service. but if anyone could help me out with ideas for traing and props to build for traing it would be greatly appreciated.

Hit by the “Stupid Truck”: Personal conduct can leave your career, department & public trust in the wreckage

The following article was published in the February issue of FireRescue magazine.

Public attitude surveys regularly cite the fire service as one of the most highly respected professions. While humbling, this… Continue

The Rush NY Stevens-Connor American Legion Post recognized three long time Rush firefighters at there February meeting. (Photo Left to Right) Firefighter/EMT, Past Chief, Present EMS Director and present Commissioner Robert Faugh was recognized for his 45 years of service and involvement with local, regional and state fire/EMS organizations, Deputy EMS Coordinator, NYS Fire Districts, FASNY committees, all the training he has provided on a local and state level and his 26 years of service to…

Firefighters from the 5th Battalion water rescue team held a drill this morning in Rush at the Oatka Creek on East River Rd. The purpose of the drill was to simulate a snowmobile accident where rescuers had to rappel down an embankment, cross the ice to rescue the victim.… 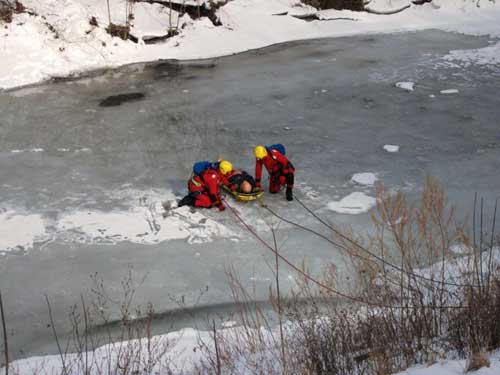 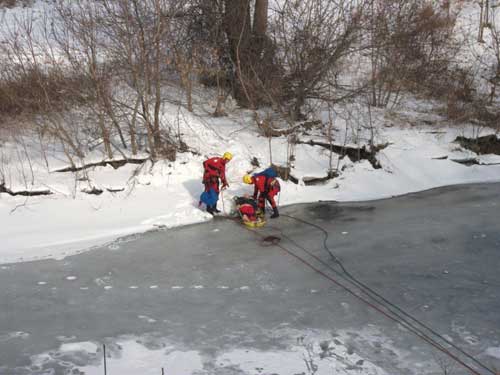 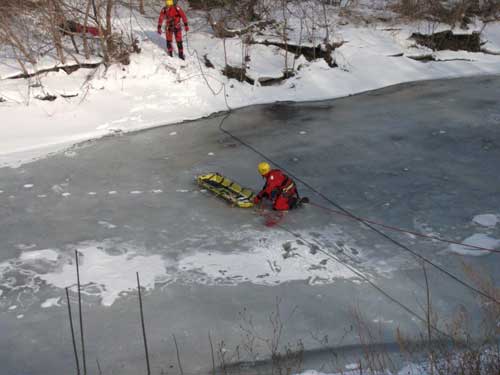 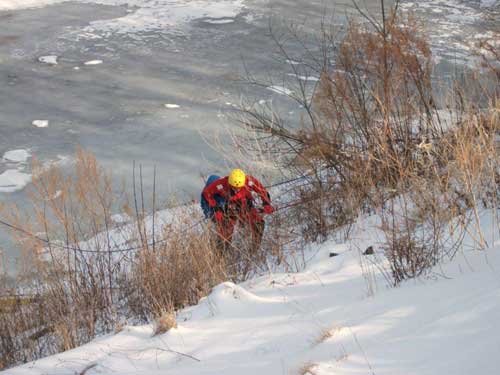 The 911 call—initially received at Police Department Communications and then directed to Phoenix Fire Dispatch—reported that a person had fallen on “the Praying Monk,” an 80' rock tower on… Continue

Society often reads about correctional facilities and inmates, but many fail to understand what a prison really is. You see the real prison is not the one the outsiders know.

The real prison is different. It's a loneliness, which sinks its teeth into the very souls of men. It's a prison, which is overlooked and unrecorded by newspapers, seldom read about in books, rarely portrayed on…

Anger, when channeled into the pursuit of change, can be a useful tool in our emotional palette. Most people experience anger, some more than others. It is when anger has no outlet and morphs into resentment that it carries with it the potential to cause great turmoil. Allowing us to assign blame for the pain we are feeling,…

Members of the Erie County Department of Emergency Services (ESU) watched from a safe distance as the county's 40-year old fire training tower was blasted with dynamite.

Seven pounds of explosives were used to blast out two pillars, collapsing the tower on to the area previously occupied by the smokehouse training prop, which was demolished earlier this week.

Click here to read the rest of the story and view this must-see video and photos:…

Back to the Basics: Build a training program that refocuses your troops

Several years ago, I was playing golf with a friend of mine who happened to be a triple-A baseball pitcher. I wasn’t playing very well that day, so I asked him, “What do you do when you start pitching poorly?” He told me he always goes back to his fundamentals and recommits himself to mastering the basics again.

This made me… Continue

when is it enough

Now I know this is for firefighting and stuff like that but I got a serious question....
When is it enough? when is it time to move on from a girl? When is it time to throw in the towel form all the pain and misery? I know everyone on here is experienced than I am. I am young. So please, if anyone knows and can help me, please post something or send me a message.
Thank you.

Recently, I was contacted by FireRescue contributor Freddie LaFemina of FDNY, about an important project the FDNY is involved in: helping create a library on the newly commissioned USS New York.

That may sound like a strange project for a fire department, but it actually makes perfect sense. Many of you probably know that the USS New York was fashioned from steel from the World Trade Center, so FDNY firefighters have a close connection to the… Continue

There are countless memorials, tributes and remembrances to the victims who fell at the World Trade Center on Sept. 11. But few are as powerful as the U.S. Navy’s new warship, the USS New York, whose bow was forged from 7 ½ tons of steel… Continue

Well i am a younger female and am fairly new to the fire service and i absoultly LOVE it!!! Everything it has to offer, love to learn and learn some more! I sure am a hands on learner though. Anyway, i work in a small small town fire dept and i am struggling to find any young firemen to hangout wit. Its hard always being around the older guys and my mom is kinda frustrated that all i do is hangout wit older men. I cant help it that there arent any young guys. Its hard and was just curious if… Continue

FireFighter 1 will be starting in Velma Ok. on the 15th of March through the 16th of May. Tue. and Thur. 6 pm till 10 pm and Saturdays 8 am till 5 pm. need to enroll at OSUFST.ORG going to be lots of fun and educational.