Our village is located in Paulding County Ohio. We have applied for our FDI number from the state. I have to call them in the morning. They had a couple of questions to complete.
We looked at different ways for funding and decided to combine our police and fire as well as EMT certification to create a Department of Public Safety. As a member you must be cross trained in at least two fields. We will not operate a EMS .squad from our facility However we do want initial response and… Continue

Assistance needed for the Family of Asst. Chief David Bricker. 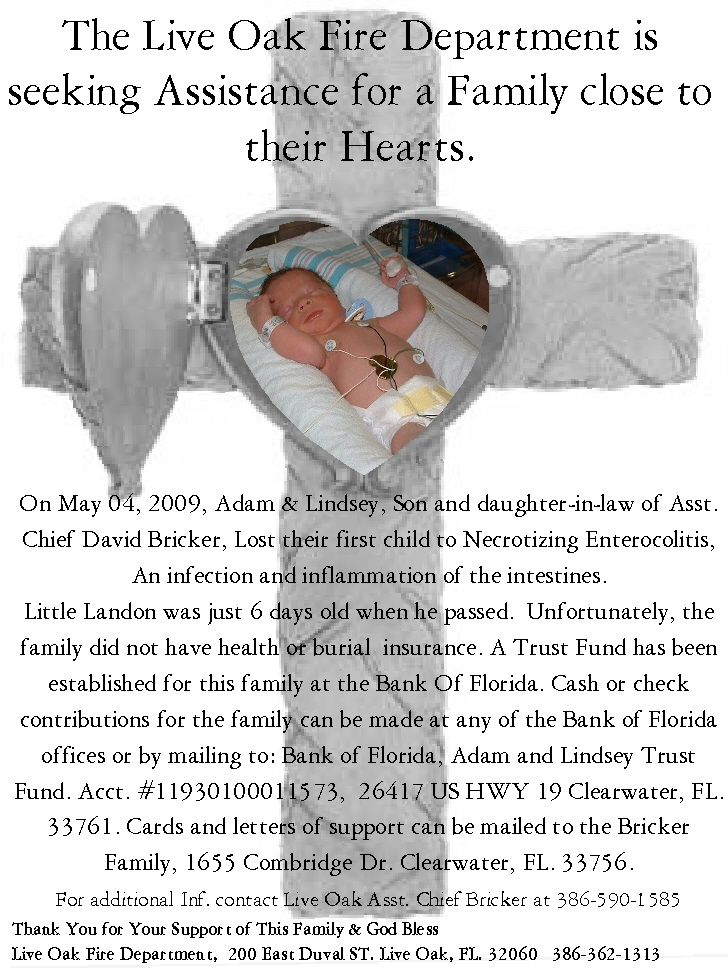 Remember the old saying “Don’t shoot the messenger”? I was just recently reminded of the adage and how we in the fire service need to heed its meaning as much as anyone. As I was cutting up freshly felled trees on my ranch I heard a voice from my past. It was of an experience I remember as though it just happened. I was a probationary firefighter in my first full time paid position at a small department when I decided to take advantage of some down time and train on chain saw maintenance. As I… Continue

Anyone that can help a Village in Ohio starting a small department. We would like to assemble a SCBA trailer and a RIT team as well as aquire a water tanker and brush truck. We are a small village of 300 residents and would like to build a mutual aid response for other agencies in the county. We need donations of equipment if possible.

With the recent events with the state troopers and emts, it got me to thinking about how often we in the fire service make jokes at the expense of law enforcement. How many of have heard of using the" cop o' meter"to check for haz-mat, or one of the many jokes about fire fighters being better than police officers? I have been on both sides of the issue, I am a retired law enforcement officer, and I can see both sides. We need to stop setting ourselves apart and start trying to remove the walls… Continue

For those readers unfamiliar with Firefighter Behavior, May marks the point where I have been writing for one year. This is a reflection on the purpose and value of that writing and common themes that were very prevalent in that year.

It's a hockey night in Pittsburgh! 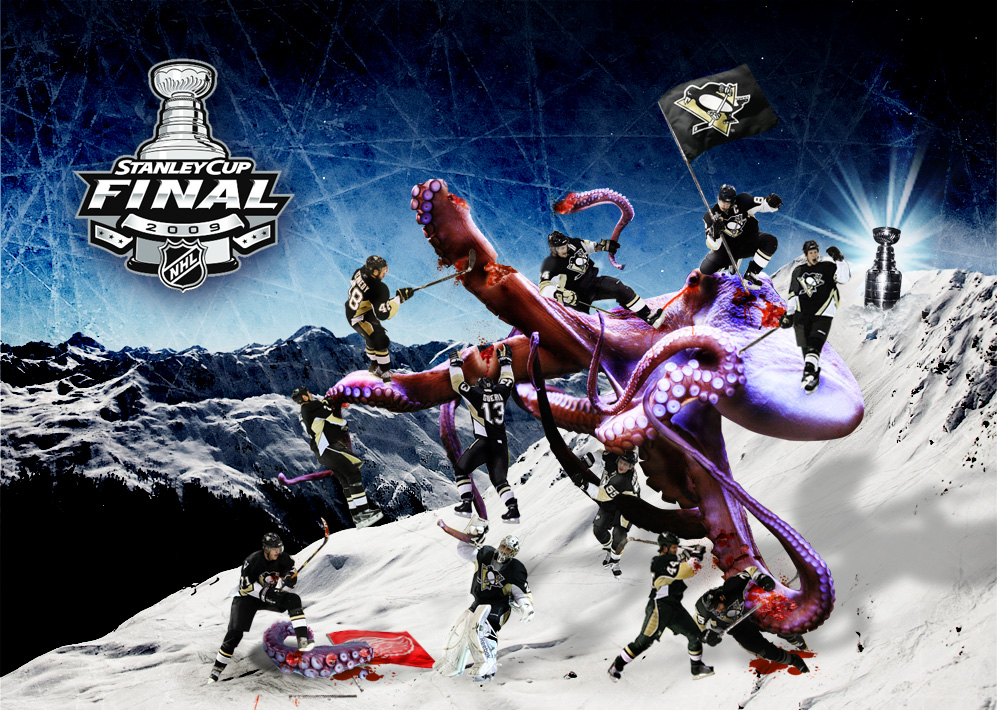 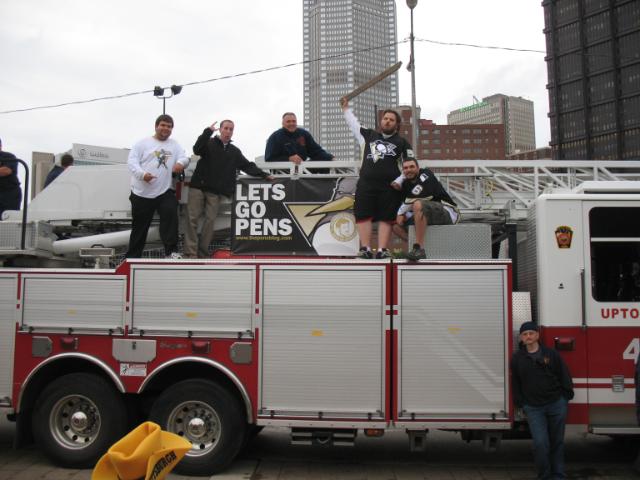 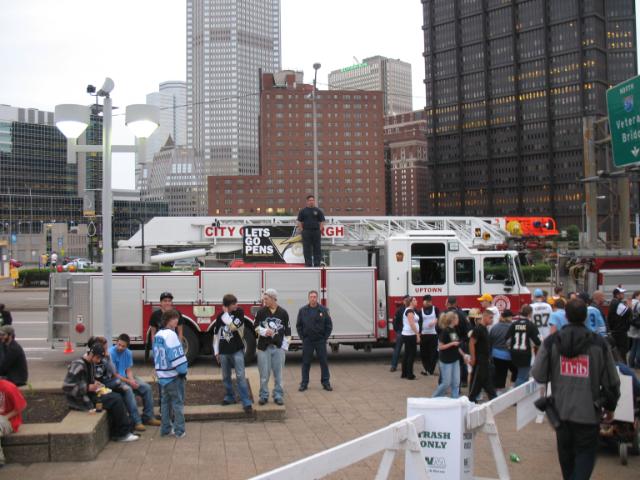 Today we mourn the passing of a beloved old friend, Common Sense, who has been with us for many years. No one knows for sure how old he was since his birth records were long ago lost in bureaucratic red tape.

He will be forever remembered as having cultivated such valuable lessons as: knowing when to come in out of the rain, why the early bird gets the worm, life isn't always fair, I should work for what I want and maybe it was my… Continue

This is a letter I sent to officials in Oklahoma, I'm disgusted by the unprofessional conduct of this power hungry "officer" of the OHP!

I have been compelled to write to you as a fellow public service official, a California Firefighter/EMT-D and Emergency Room Patient Care Technician for two (2) hospitals. The incident that took place between your officer Martin and EMT-P White in Paden, OK on the 24th of May 2009 in NOT ONLY completely unprofessional and a… Continue

The Volunteer & Combination Officers Section (VCOS) of the International Association of Fire Chiefs (IAFC) will award two $1,500 scholarships to attend Fire Rescue International (FRI), being held August 25-29, 2009 in Dallas. This scholarship program was developed to promote leadership through learning among volunteer and combination officers.

The Fire Department Safety Officers Association (FDSOA) has approved a total of 43 sessions and workshops at the upcoming Fire-Rescue International (FRI) conference for CEUs towards recertification for ISOs and HSOs.

Visit FDSOA for a complete listing of approved sessions and workshops.

Is anyone attending the NY State Fire Chief Show???

For those of you who have responded to my forum "top five issues facing ff's," you have seen that ff fitness is one of the issues that alot of ff's are thinking about. The sad thing is... its true!!!! While attending FDIC this year, I saw more overweight people then I ever wanted to. I'm talking a hostess shop could have opened and sold out in five minutes!!!! Okay... so maybe that last part isnt true but the point is we as ff's face a dangerous, physically demanding job on a daily basis and… Continue

ONCE I HAD A DREAM WHILE I WAS SLEEPING
THAT THE WHOLE WORLD PASSED AWAY
AND THE CHIEF OF ALL CREATION, WORKED THE SCENE THAT
JUDGEMENT DAY.

THEN I NOTICED A GROUP OF PEOPLE.....
THEY WERE HOLDING THEM TO THE… Continue

Is anyone out there???

Play Nice With Others

I posted a blog on Firehouse Zen yesterday relating to evolving and changing with emerging issues and reflected on how even if we try to ignore it, the world around us is moving forward. Failing to move on from the past is only going to keep us from surviving.

My village hosts an annual Memorial Day parade.....and we've been blessed with great turnout and even better weather for the past few years. Our village is small (our coverage area is one square mile) but they are very pro-Fire Department. That might seem like a small statement....but for those of you who do not have the support of your community.....that support is huge. Our coverage area families completely buy into the services that we provide.....they attend our pancake/spaghetti/… Continue

What is a Fireman

He's the guy next door - a man's man with the memory of a little boy.
He has never gotten over the excitement of engines and sirens and danger.
He's a guy like you and me with warts and worries and unfulfilled dreams.
Yet he stands taller than most of us.
He's a fireman.
He puts it all on the line when the bell rings.
A fireman is at once the most fortunate and the least fortunate of men.
He's a man who saves lives because he has seen too much death.
He's… Continue

I Wish You Could

I wish you could see the sadness of a business man as his livelihood goes up in flames or that family returning home, only to find their house and belongings damaged or destroyed.

I wish you could know what it is to search a burning bedroom for trapped children, flames rolling above your head, your palms and knees burning as you crawl, the floor sagging under your weight as the kitchen beneath you burns.

I wish you could comprehend a wife's horror at 3 A.M. as I check her… Continue