Is the Airtanker Industry Dying?

Is the Airtanker Industry Dying?
By Mike Padilla

The airtanker business in the United States is in a state of crisis and everyone, except perhaps the federal government, knows it. We’re down to our last 18–19 large airtankers (LATs), which are expected to have only a few operational years left.

For years, wildland firefighting strategists across the country have relied on airtankers as… It’s too late to learn forcible-entry techniques once the alarm goes off; there’s usually only enough time to determine which technique will be needed and to ensure the appropriate tools arrive at the entry location. It’s the amount of training you do ahead of time that determines the…
Continue

How Did You Quit Smoking?

The National Volunteer Fire Council (NVFC) has launched a new Web site, www.healthy-firefighter.org/putitout, to help firefighters “Put It Out”—in other words, quit smoking. This got me thinking about just how addictive this habit is, and asking, what actually works?

Does anyone know the History behind the Beaver shield holder?

I have been trying to find out the history behind the Beaver sheild holder and I can not find any information on it anywhere. Like the origin of it, what its meaning is and when it first used or discovered. Anyone with the knowledge of it write me back I would like to learn more about it.

The value of First Responders

Yesterday we were paged out for a 10-50 PI with possible entrapment. Enroute we received details that the car snapped a utility pole, so we had possible lines down to contend with. Our unit arrived on scene a few minutes behind the ambulance. I went up to help the medics while the rest of our truck surveyed the vehicle to see if there was any extrication needed.

The car was a small sedan that was travelling down the country road way to fast. It lost control on a curve and the…

My dept has gone to the digital radio system....it stinks. We have to keep our radios under our coats and not in the radio pocket. Anyone else having the same problems?

The Need for Speed, or Not

In the fire service we are always stressing speed. Tones go off and we run. Flying down the road the radio squawks out “Step on it, fire is progressing”. On scene we hear “hurry up and stretch that line”, “get that ladder up quickly”. Working an accident where there is entrapment the captain yells “hurry up, get that roof flapped”.…

Can anyone please tell me why it is necessary to stare at the McDonald's Menu for longer than 15 seconds? Haven't they had the same menu for like 20 years. Now I am not inpatient or anything. But we went in today for lunch. And the guy infront of us just stood there and looked at the menu. And when I say just stood there. I mean for about 5 mins. Yes 5 mins, I know it seems like forever. And then he tells the lady I'll have the usual. And the lady knew what he wanted. And my partner about blew… Continue

the pasing of Captain Dave Peirson of the Caledonia Fire dept

It is with heavy hearts that we announce the passing of Dave Peirson, age 48 years at the Stedman Community Hospice in Brantford after a brave battle with cancer on… 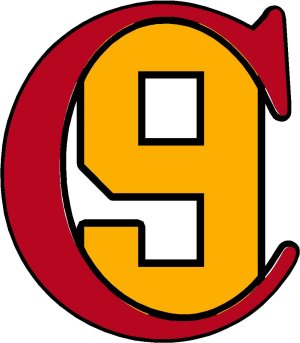 How to get my volunteers motivated

We had a smoke out in a training tralior and everybody showed up but most of them were standing around talking about nothing. How do I fix this problem any sugestions would be great?

Setting the bar & reach for the stars

How high is your bar set on your volunteer department? Are you well trained and professional in your actions or are you still part of the good ol’ boys club meeting every night to down a few and play some cards?

Firefighting has changed rapidly over the years. While we do not face the number of…

The Politics of Power: Understand how others view your authority

Power, like politics, is often considered as a dirty word. However, we all seek it, we admire it when it’s… Continue

Thursday, June 17, 2010 - This evening around 1845hrs, Company 36 along with mutual aid units were dispatched to the 36-5 box for a working structure fire. Engine 36-1 and Rescue 36-1 were on the street within seconds of dispatch. Chief 36 arrived confirming a working fire and established command. Engine 36-1 arrived and took the interior assignment, and had the fire under control within 20 minutes. Crews worked well together and the assistance was much appreciated! Crews operated on the scene… Continue

It is with great regret and a heavy heart that we inform you of the untimely passing of Oswego Local 2707 Firefighter Scott W. Davis. After completing his tour of duty on the morning of June 19th Scott fell victim to an apparent fatal heart attack shortly after midnight this Fathers Day. Scott was 46 yrs. old and he leaves behind a wife Shawn and three children, Brandi 24, Kimberly 21 and Daniel 12.

Services will be held on…

The DIY Training Tower: How to build one with limited funds & staff

The DIY Training Tower: How to build one with limited funds & staff
By Bob Kolva

How do remote rural and small-town fire departments keep their personnel up to date on structural search and rescue, ventilation and firefighter rescue techniques when the nearest urban training facility is hours away? That was the question we asked ourselves when, once again,…