Tales from a Tailboard Fireman ~ The realities of our job

I took my 3-year-old granddaughter to Station 16 in San Francisco. It is located in an area known as Cow Hollow. A nice station in a residential neighborhood. The guy I met on the apparatus floor was a good fella. He was there on a staffing readjustment so it was not his home station. He let her sit in the cab and when I noticed some strange gear he told me they did water rescue. It was part of their duty to respond to jumpers off the Golden Gate Bridge. It once again brought to mind the stuff… Continue

We(the fire department) just got a 10 x 6 steal beam from the WTC. We had to get up around 4am so we could get to JFK before the traffic got bad. It was a AWESOME time just hanging out with the guys making jokes, eating, sleeping... We're hoping to do a dedication on September 11th.

Two nights ago I held the Accountability Board again. Seems I was born for that board.

In my last article, I wrote about the three main criteria you should consider when choosing an exercise program for yourself and/or your department: safety, applicability/functionality and ease of use by people of varying ages and fitness levels. This article discusses the kettlebell, a piece of equipment that meets all three criteria and can actually be used for a wide variety of unique exercises.…

Rocky Mountain National Park, located northwest of Boulder, Colo., sits astride the continental divide with peaks rising up to 14,000 feet. During a Jan. 30 rescue, Park rescuers demonstrated how they handle difficult and exhausting rescue operations in the backcountry during winter.

Back in the early 90s when I first joined the fire service, being a vegetarian was an anomaly. The guys made fun of my vegan cookies, turned their noses up at my meat substitutes and acted like they were doing me a favor by eating what I cooked for supper.

Having not eaten… Continue

Maybe meat’s not so bad after all
By Jeremy Gordon on thursday march 24 at 07:45 am the bergen fire dept had a multiple car mva involving 3 cars and a tractor trailer hauling fuel oil. a car blew the stop sign and hit the tractor trailer the car spun 360 degrees and hit another car and the tractor trailer flipped on its side sliding down the roadway any swiping another car up with it.they came to rest in a ditch with the car pinned under the rig. bergen was called in and they were notified that there was gasoline in the trailer and that it… Continue 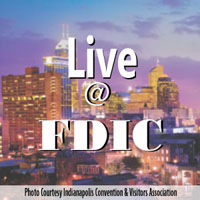 Not since the Great Depression has the United States undergone the difficult economic times that it’s experiencing today. Although reports indicate that the “Great Recession” ended several months ago, for many people—particularly those in the fire service—that just isn’t true. In fact, it may feel as though things are getting worse: Violent crime is up, the cost of food has increased,… Continue Chief Joseph Auffert of the Howell County Rural Fire Department #1 in West Plains, Mo, was honored with the first-annual Safe Firefighter of the Year Award Friday morning at the Hale booth (1823). The program, sponsored by Hale in cooperation with the National Fallen Firefighters Foundation (NFFF), is designed to help fire companies stay focused on the importance of the 16 Life… Continue

The Australian fire service has embarked on a journey of sorts. Until fairly recently, they took a more reactionary approach to fighting structure fires. Today, they are implementing what is commonly referred to as compartment fire behavior training (CFBT). What does that mean? John… Continue 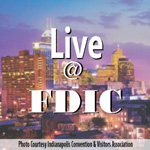 Much talk in the fire service centers around the strategies, tactics and overall experiences had by larger, urban departments—and with good reason. Large departments in urban settings encounter an extremely wide variety of responses—everything from fighting high-rise fires to delivering babies on the subway. Therefore, they gain a certain level…

Do You Know How to Read Fire?

Learn the language of fire so you can make better decisions on the fireground
By Janelle Foskett, managing editor of FireRescue magazine

Here in the United States, we hear a lot about “reading smoke”—an invaluable tactic on the fireground. But what do we know about reading fire?

In his FDIC Friday morning session, “Reading the Fire:… Continue

Can you teach an old dog new tricks? According to Paul Hasenmeier, the answer is yes. In his FDIC session “Train As If Your Life Depends on It,” Hasenmeier, a lieutenant with the Huron (Ohio) Fire Department, offered some useful tips for how to ensure that every member of your department—from the most seasoned “old dog” to the greenest rookie—gets the most out of training. In… Continue

Live at FDIC: A Closer Look at How Water Is Used in Fire Suppression

Globalization isn’t just a trend that affects businesses and trade patterns; it’s affecting the fire service as well. As the exchange of knowledge and information becomes easier, we are seeing more… Continue

The new Dash CF Pumper: Pierce steals the spotlight again at FDIC
By Shannon Pieper
I remember last year when Pierce didn’t announce any major new products at FDIC (sure, they had the Striker, but how many departments are buying one of those?). There was surprise, then disappointment, as the weeks before the show went by without Pierce’s usual ads enticing you to imagine… Continue

How and why to feed the media beast
By Janelle Foskett, managing editor, FireRescue magazine

Have you ever watched video of a serious fire emergency, like the San Bruno (Calif.) gas explosion, or read a scandalous story online about a fire chief’s alleged inappropriate behavior, and found yourself wondering, “If this happened here, at my… Continue

Keeping firefighters safe involves identifying the factors that pose them risk; this is the core element of a risk management strategy. But even large career departments struggle with effectively managing risk. How then… Continue

Gustin at FDIC Keynote: We Need to Focus More on Basic Engine Ops!

“We have put too little attention on basic engine company operations!” This was perhaps the message that most resonated from today’s keynote address at FDIC, delivered by Captain Bill Gustin of the Miami-Dade (Fla.) Fire Rescue Department.