Will fire prevention strategies used in other countries work in the U.S.?

FIRE PREVENTION
Foreign Concepts: Will fire prevention strategies used in other countries work in the U.S.?
By Jim Crawford

A great deal of attention is being given to the latest studies from Tri-Data and the Centers for Disease Control & Prevention on fire prevention efforts around the world (free download), and rightly so. But the results of the studies should be no surprise to the… Continue

Run to the Curb!

What kid doesn't want to be a firefighter? Every time they hear a siren or see a fire engine race by, they run to the curb to see what's going on. I call them "Run to the Curb" type kids.

I was one of those kids and I bet you were one too. It's something you never grow out of --- and many of us chose to grow into it.

"RuntotheCurb.com" is a work-in-progress blog and… Continue

RECRUITMENT TOOLKIT: The Value of the Prospective Member Guide 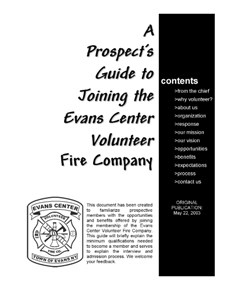 What kind of documentation did you receive when you joined your fire department? Was it thorough, clear, and concise? Did it answer all of your questions about what would be expected of you or did it leave you wondering with information unclear?

Was the information well organized and presented or was it scribbled on a bar napkin over a couple of “pops” at the firehouse.

Other than the application, was there any documentation at… Continue

If you love math and solve complex word problems to relax, this article is NOT for you.
If math is a four letter word you sometimes use in conjunction with other more colorful four letter words, keep reading.

One of the most repeated questions in the air medical industry is how long?

How long until the helicopter gets here?

TAKE THE POLL: What's Your biggest recruitment and retention challenge?

Recruiting New Members?
Retaining Existing Members?
Getting our Leaders to Realize that We Need to Do Something about our Recruitment and Retention Challenges?

Do You Know the Letters of Leadership?

The Letters of Leadership
You don’t have to be born a leader; you can learn these valuable skills
By Battalion Chief Jonathan L. Pennington

I was standing in a burned-out kitchen at one of our housing projects, giving advice to an acting captain on the hazards of not performing a thorough overhaul. My shift has had a captain’s vacancy for some time, and this acting captain had been filling the slot. Tests had already been given, interviews were scheduled,… Continue 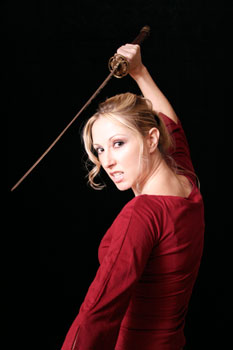 Attached is a checklist I use when flying. I believe it could be useful for air or ground operations. Any comments, suggestions or additions to the checklist based on a firefighter or landing zone coordinator perspective would be greatly appreciated.

Size matters when it comes to landing zones, and in all cases, bigger is better.

Fire in the Hole! Transformer vault explosions & carbon monoxide are a dangerous mix

We all understand the major difference between transformer vaults and manholes: Manholes can have multiple types of utilities inside their spaces: gas, water, steam, etc. Underground transformer vaults store electrical equipment.

But when there’s a fire in either one, which occurs quite frequently, things can… Continue

I see that NIOSH reports have popped up on the radar of the blogosphere recently. Frankly, I’m surprised at the heat a few have been giving them. Maybe I’ve been missing something (it’s happened before). So I took a closer look.


We already know that heart attacks and traffic accidents are the main murderers of us firefighters, so I’m sure we’ve already dedicated the necessary resources to firefighter health and safety initiatives and…

Is this our best approach?

I’ve read and watched this news clip from the NY Daily Dispatch about how training requirements in New York State are hurting the volunteer fire service: http://www.weny.com/News-Local.asp?ARTICLE3864=9148872

Unfortunately, I think it follows a growing pattern of articles and news pieces that focus on the problems – and not… Continue

FireRescue's Technical Rescue Web column
How It All Started
The history of the national Urban Search & Rescue program, part 1
By Harold Schapelhouman


During this current economic crisis, as many agencies struggle for survival and all of us look for answers, it’s easy to lose focus on the future. Where we are and where we need to go are often not the same place— and that applies to the nation’s Urban Search and Rescue (USAR)… Continue

FireEMSBlogs.com, Firehouse Zen and You 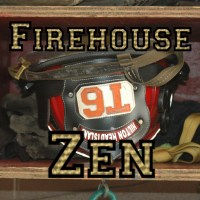 If you haven't checked out FireEMSBlogs.com yet, here's an invite over to see what the WebChief and others hath wrought. We've got a few of the old gang from over here on FFN blogging as well as some others, but there's some real quality information, especially from old pros like Dave Statter,… Continue

THE CUTTING EDGE
Hydraulic Ram: The Forgotten Tool
Use the hydraulic ram to create more space in the passenger compartment
By Brad Havrilla

During extrications, the hydraulic ram seems to be the third tool of choice, following cutters and spreaders. This is only natural, I suppose, as we’re taught to spread the doors and cut the roof pillars and the hinges. The only use for rams has been to push the dash.

Blowin’ In the Wind, Part 5
The challenges of working in wind-driven high-rise fires
By Fred LaFemina

When “Through the Lock” Won’t Work: Tips for forcing entry without the usual tools 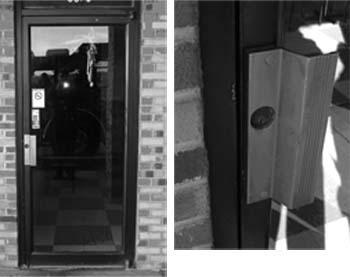 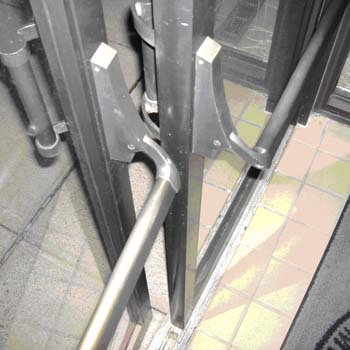 Long Island, where I hail from, is not really known as a hotbed of fire industry manufacturers. However, one company that calls this place home is actually a major player in the game—a player that may sometimes get overlooked: Fire Research Corp. (FRC).

If you attend the various fire service shows around the country like I do, it would be really unusual if you… Continue

Firefighter Locating Systems Not Yet Ready for Real Time

The fourth annual Precision Indoor Personnel Location and Tracking for Emergency Responders workshop was held Aug. 3–4 at the Worcester Polytechnic Institute (WPI) in Worcester, Mass. This workshop is the only national opportunity for researchers and developers of various tracking technologies to come… Continue

Giving Thanks: Know who you should thank for their work—and how to thank them
By Jim Broman

The mayor stood and walked to the podium, pulling a small set of speaking notes from his jacket. He glanced across the banquet tables filled with city employees, volunteers and family members. After noting several challenges of the previous year, he ticked off an impressive list of accomplishments.

“We could not have realized these… Continue

Who's The Moron? Firefighter arrested for speeding to call

Firefighter arrested for speeding to fire call in NC screams the headline on FireRescue1 at http://www.firerescue1.com/volunteer/articles/602445-Firefighter-arrested-for-speeding-to-fire-call-in-NC/

GIBSONVILLE, N.C. — A Gibsonville firefighter arrested last month on his way to an apartment fire no longer faces felony charges, but the district attorney's… Continue