Each year close to 100 hundred firefighters die in the line of duty. 80,000 are injured. There is no estimate on number of near misses each year. In an effort to reduce the number of LODD's the National Fallen Firefighters Foundation developed 16 Life Safety Initiatives. Initiative #9 is thoroughly investigate all firefighter deaths, injuries and near misses. Investigation of these events is a complex process that needs to be preplanned. …

As I sat in the recliner last night watching the NBC Nightly News special coverage about Hurricane Sandy last night, I have to admit…tears came to my eyes. Seeing the fires at Breezy Point, the mass destruction on the coast line, and hearing the tales of heroism by the first hand accounts of all those who were there. Little did I know that when this happened one year ago, this destruction would also change my life forever even being 10 hours away.

In mid-October of last year, a…

Police and Firefighter Training Center Planning and Construction On The Rise

An accelerating increase in the number of new police and fire department training centers being planned and constructed provide another strong indicator that the constrained budget environment in public safety of the past few years (starting around late 2008) may be easing. Other indicators that the tide may be turning are the increased jobs, hiring trends and uptick in new police and fire recruit academies. Past reports about hiring were outlined in…

I don't if I am in the minority but I cannot remember my 1st firecall. I think like many jobs quickly fade from memory as soon as you return to station. That ssid I eould be interested if anybody out there can genuinely remember there first and recount the tale.

The Difficult Conversation on Backstep Firefighter

Officers: YOU are what you make your company to be, good AND bad

One thing about the fire service, the implications of us not being prepared are much more significant than the average worker.  Nothing against landscapers, or painters, but if they are not 100 percent on a given day; well usually only their work suffers.

Firefighters are different however.  Almost everything we do has implications for the… 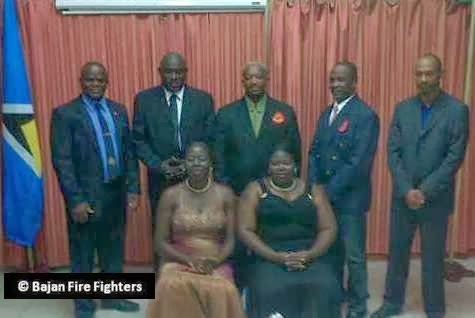 What You Can Do with Anger

If you choose to use anger in a positive fashion, it can be the driving force behind saving lives.

For those of us in the emergency response professions, we are always saddened to learn about the line of duty death of a firefighter, EMS person, or police officer especially if they were a member of our department or someone who was a very close friend.

I do not doubt that each one of… 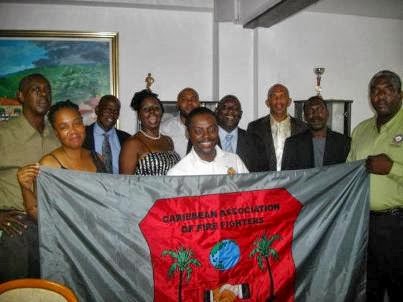 The Caribbean Association of Fire Fighters (CAFF) will be hosting their 7th Biennial Conference in St. Lucia this week. The conference will commence on Monday, October 21 and will conclude on Friday, October 25th, 2013 and will be held at the Palm Haven Hotel in Rodney Bay, Gros Islet.… In keeping with our desire to expand our community outreach the Bajan Fire Fighters’ Network will be embarking on a humanitarian exercise to assist the HIV/AIDS Food Bank on a quarterly basis. We are happy to announce that our 'Red Barrel Appeal' recently commenced at three strategic…

This is an excerpt from the current post at pipenozzle.com, reprinted here with permission:

Alan Ackley is angry. He’s not getting his way, and he’s going to kick and scream and hold his breath until he turns blue. He and the Ackleyites asked the voters for $3.5 million to run the Poquonnock Bridge Dire District into the ground by the end of 2013, but it turns out the mill rate the district board set was actually for $4.1 million. There’s more. The district has another…

a question for you,Since I no longer come here in Germany to American candy, I would be glad if this maybe you will find someone who could help me there. Since my daughter and I went crazy so then it…

a question for you,
Since I no longer come here in Germany to American candy, I would be glad if this maybe you will find someone who could help me there.

Since my daughter and I went crazy so then it would be really very happy!

We can that cost us so entertained by private message

Moerlenbach county ( mountain road ) ( U) - was lucky today, a 39 -year-old woman with her three to five year old children from Heppenheim.

In an accident this afternoon by 15 clock , on a level crossing in Morlenbach , the occupants of the car were slightly injured . They suffered a shock. All subjects were transported to the hospital as a precaution after Heppenheim. The vehicle total loss .

hello friends,
after passing the respirator course-I got a new jacket.
Has anyone interest to hire a German firefighter's jacket swap?

She has a few signs of use but who am I telling this;-)

would be glad if someone reports 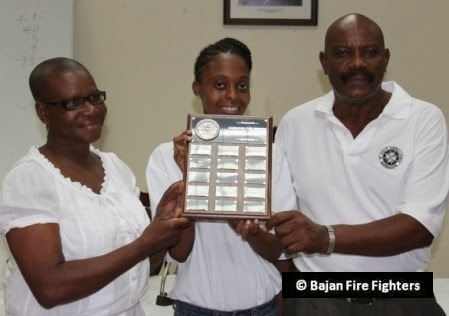 The St. John Ambulance are the proud winners of the Fire Service Quiz Night competition held during Fire Service Week. Members of the Barbados Fire Service fought the good fight however, they were unable seize victory in the keenly fought contest. This year regrettably, there was a decline in the number of… 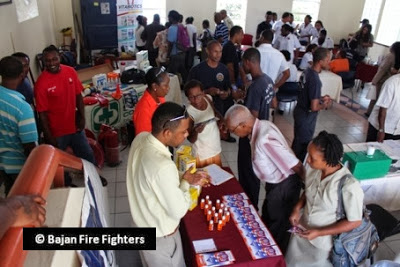 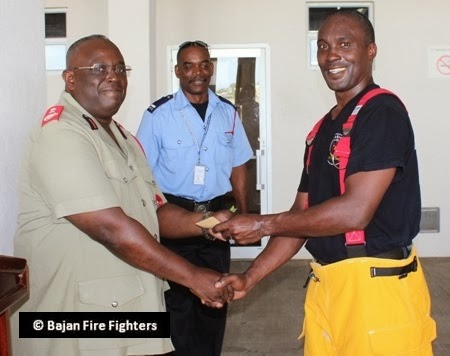 Congratulations are in order for the participants of this year's Dressing Drill Competition. The competition was held on Tuesday, October 1, 2013 during the activities held for Southern Division Day (Fire Service Week). We congratulate firefighter Pedro Alleyne (Airport Fire Station) on winning the contest.…

To date, my department has lost FOUR of our own in the Line of Duty/ On-Duty. All of these were killed/died prior to me joining the department. I did have the opportunity to meet the four families of our fallen during our Fallen Firefighter Memorial Service that was held at the end of August. I wrote a short piece on the article…

Hi Firefighter nation. I'm glad that you guys excepted me to your group and I am interest in seeing and hearing about other calls and how other fire dept run around the nation. I am a firefighter for haz./ west/ and foster and I enjoy serving my city. I currently when I am on vacation from school i normally take first shift with the day time driver at west haz. fire dept. I love to work with my brothers when the time is needed and I love to help maintenance the apparatus and learn how to… 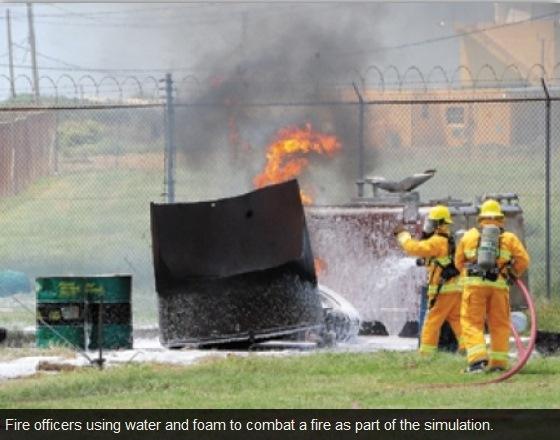 Speed and precision were the focus of the Barbados Fire Service yesterday as it demonstrated how it would respond to an airplane emergency.