Let’s face it. It’s hard to be in charge. You’re the one tasked with handling everything from personnel problems to the aftermath of a traumatic call. And although this holds true for every leader in the fire service, it’s perhaps even more… Continue We are starting to look and spec a heavy rescue (possibly an attached crane or knuckle boom) for our department to replace our converted ambulance. Norfolk Southern has been given the go ahead to build a new container transfer yard and be up and running by 2012. Anticipated truck traffic, 1000 trucks a day. Plus other very large trucking terminals 500,000 and 1.6 million square feet being built as we speak. If anyone has any input, I would love to hear it.

FRI 2010: "The First Five Minutes: How Ineffective Sizeup Can Lead To Disaster"

As most firefighters/fire officers will tell you, the first 5 minutes of any incident can affect the next 5 hours. But what exactly should happen in those first 5 minutes? According to Fairfax County (Va.) Fire & Rescue Department Battalion Chief Chuck Ryan, if you’re the first-arriving officer, you’ve got two main priorities on your plate: sizing up the scene and developing an initial action plan.… Continue

How Do I Get Them To Listen?

Ok you so called "OLD GUYS" I could use some advice, I am 25yrs old and have been a firefighter for a little over 5 yr's and in the past year I became a FF I & II Instructor.. How about some advice on teaching new firefighters younger and older than my self.... During classes i have taught and training that i have been the lead instructor on i have had Students and Probies both assume I know nothing about the Basics of firefighting and have a hard time getting them to pay attention to what… Continue

On June 21, firefighters in south-central Washington State successfully completed a rescue that combined elements of confined space, as well as high-angle rope-rescue hauling and lowering.

At 0857 HRS, a caller reported that a man had fallen approximately 40 feet into an empty water tank on Manor Drive in the Terrace Heights area of… Continue

Never have labor/management relations been so important in the fire service. Why? The economic meltdown has brought unprecedented budget pressure on… Continue

Out of Tragedy: One year later, the lessons from the Buffalo double LODD fire are still fresh

Out of TragedyOne year later, the lessons from the Buffalo double LODD fire are still fresh
By FireRescue magazine staff

At last year’s Fire-Rescue International conference, the mood was subdued. As the conference was opening, two firefighters were killed in the line-of-duty at a fire in… Continue

Running to RememberAustralian and American emergency workers run from L.A. to N.Y.C. to remember Sept. 11

We’ve all heard the term “extreme sports,” but what about “extreme dedication” or “extreme honor”? …

The Definition of a Fire Fighter

The Definition of a Fire Fighter

On August 9, 2010 Chicago Firefighter/Paramedic Christopher Wheatley was working a grease-chute fire at a restaurant when he fell approximately 35 feet from the ladder of an attached fire escape suffering fatal injuries while he was making his way up to the roof of the burning building with his equipment.…

Going Green: Rosenbauer does its part to help the environment by using GREEN Star Idle-Reduction Technology

On Aug. 17, 1975, a fire erupted at the former Gulf Oil Refinery, located on the Schuylkill River in southwest Philadelphia. During the many hours of firefighting operations, the fire took the lives of six firefighters. Two others would die from their burns multiple days after the fire. Fourteen other firefighters were injured, and multiple fire apparatus were destroyed.

Today, 35 years after that tragic… Continue 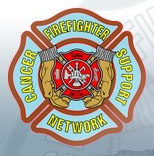 
Firefighters are at higher risk for certain kinds of cancer—that’s an established fact. But many firefighters… Continue

On March 20, 2009, the USS Hartford and the USS New Orleans collided in the Strait of Hormuz in the Persian Gulf. What does this have to with the firehouse? Read on.…

Early summer seems to be a good time for getting into trouble in the outdoors. People slip off cliffs, plunge into raging waters, get lost in the backcountry—the list goes on. This was certainly the case in June, when Portland Fire & Rescue responded to a variety of unique rescue calls.

On June 24, a 911 call to the City of Portland Bureau of Emergency Communications reported a fallen climber at Rocky… Continue

As you scan this article, you’re probably wondering why you should invest 5 minutes of your life to read about public-private partnerships. In return, I’ll ask you a question: How important is the… Continue

When are folks going to learn?

I see it everyday . . . drivers cutting in front of a fire apparatus, refusing to yield the right-of-way, or just blocking their path and refusing to allow them to pass. All too often, the end result ends up looking something like this . . . 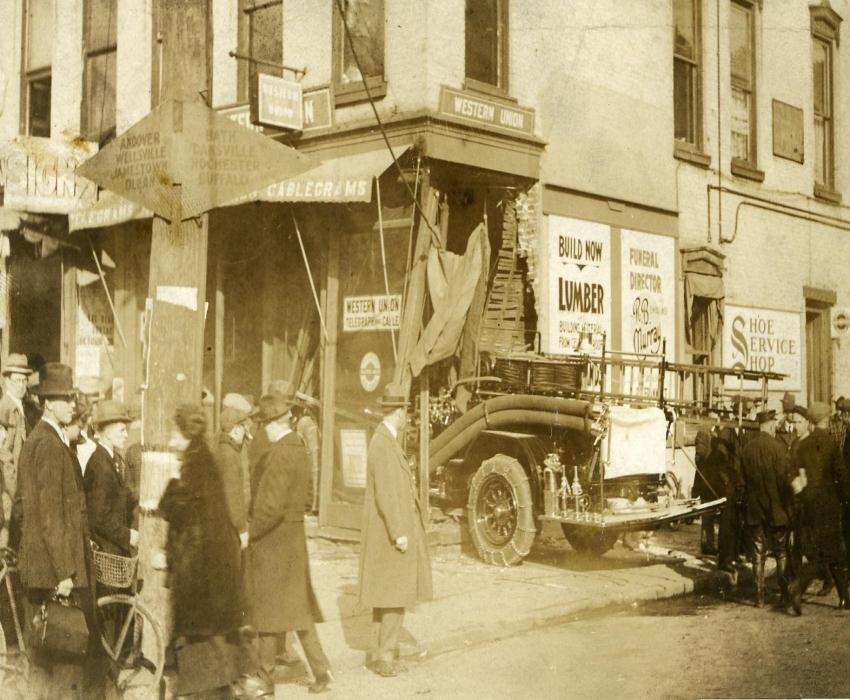 Keep in mind that this accident took place, probably, somewhere in the 1920's or 1930's and things have steadily gone downhill from there. Now-a-days not only are cars…
Continue

Along with a few other changes and updates, we're bringing back the monthly training prompt series. Keeping with the original purpose the idea is to prompt you to respond to the subject and questions provided. What you do next can range from something grand such as a company level drill, to something as simple as looking up the answer in your rookie…

The Face of Terrorism: A new DHS assessment points to success & challenges for first responders

The Face of Terrorism

The Department of Homeland Security (DHS) recently published an assessment on plots and attacks targeting government facilities in the United States, which should be of interest… Continue