Pause for a Moment

I went to Catholic school my entire life (which to some, explains a lot), and I'd say I received a good education. I was taught to believe that people are generally good, that we're all more alike than we are different, and that life is a gift.

Life is a tricky gift, though, isn't it? You curse it on your worst days, you hope it never ends on your best, and as you get older, it seems to go by faster and faster, just when you need it to slow down, or pause, for a bit.

This week marks the fifth anniversary of the death of Jim Page, FireRescue magazine's founder and the father of EMS in the fire service. Below, several FireRescue board members share their memories of Jim.

“I only knew Jim Page a few years. But because of reading his many columns and editorials, I felt like I know him my whole life. I first met Jim back in 2002 at FDIC. I had just started working for Fire Rescue Magazine as it's Apparatus Technical… Continue

A new fire apparatus manufacturer has emerged with four new products for the fire service industry. HMA Fire Apparatus, based in Madison, Wis., is an up-and-coming fire apparatus and equipment company that’s definitely worth keeping an eye on.

I had the pleasure of spending some time at FDIC with Rory Groonwald, the vice president of operations and… Continue

Named in honor of the 343 firefighters who were lost in the World Trade Center disaster on September 11, 2001 and sponsored by the Fallen Heroes Family Support Fund (FHFSF), the Firefighters Benefit Festival aka 343 Memorial Climb will be held at Standridge Stadium in Carrollton on September 19, 2009 from 3:00pm – 7:00pm. This year will have tons of fun family… Continue

Large homes, schools, hospitals, malls, office buildings, churches, warehouses, industrial complexes and other large buildings all have one thing in common when it comes to fighting fires in them: Firefighters will likely need to stretch a hoseline longer than 200 feet from the engine company to the seat of the fire.

BUILDING CHALLENGES
Although the… Continue

Recently, I finished reviewing the December 2008 National Incident Management System (NIMS) update. It wasn’t light reading so it took me a while to get through it, but it was a good review and an informative update. The 158-page document can be found at… Continue 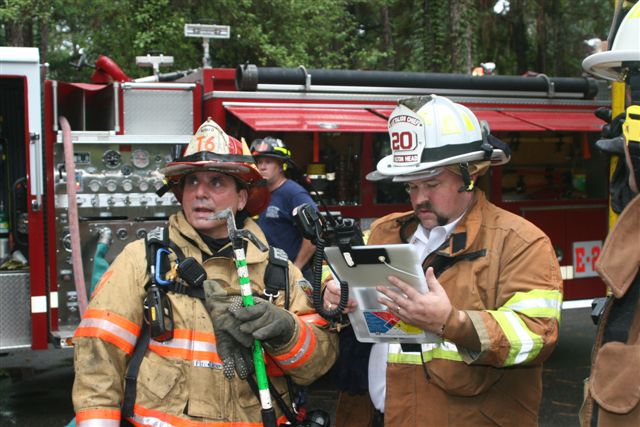 Professional Development gets an FRI Push

ED KAPLAN IS OBSESSED WITH FIREFIGHTER EDUCATION AND PROFESSIONAL DEVELOPMENT.

He is the architect of the Fire and Emergency Services Higher Education (FESHE) initiative started 12 years ago at the National Fire Academy (click HERE for related article). He has encouraged, cajoled and conceptualized the concept of linking training with academic achievement and… Continue

Sullivan, who was a company officer… Continue

Greg Jakubowski’s article in the July issue of FireRescue magazine touched on some hose evolutions that we have used very successfully for a number of years here in Snowmass Village.

I forgot to tell you about Sunday. I had a GREAT time at an exempt picnic at one of our firehouses.

In our township, you are exempt if you are with the fire department for seven years. I am not exempt, but the picnic is opened up to all the firefighters in the township.

Last year I attended the same picnic but this year I knew more people, and I knew some people a little better than I did last year. I even caught… Continue

Over the course of a lifetime, each us will experience events or meet certain individuals that leave an indelible mark in our memory—a lasting impression that changes our lives. In some cases, the memories of these events and/or people bring about great sadness; for others, they become influential experiences that set the course of their careers.

BICO Up In Flames 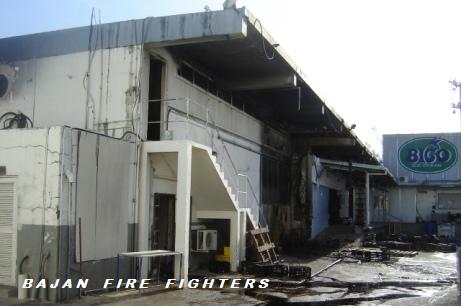 The headquarters of ice-cream maker BICO went up in flames tonight, causing at least one million dollars in damage.
The north-western section of the complex was extensively damaged by the inferno that started around 7:50 p.m. and lasted more than two hours.

Chief executive officer Edwin Thirlwell, who rushed from home to the complex, said as far as he knew it was the first fire to hit the company since its opening on Bay Street in… Continue

"We Can Take the USFA to a Whole New Level" - Interview with U.S. Fire Administrator Cochran

Atlanta Fire Chief Kelvin J. Cochran, a FireRescue editorial board member, has been confirmed as the U.S. Fire Administrator. President Barack Obama nominated Chief Cochran for the post in July, and it has now been confirmed by the U.S. Senate.

Following are a few of our favorite Leadership Skills… Continue

Atlanta Fire Chief Kelvin J. Cochran, a FireRescue editorial board member, has been confirmed as the U.S. Fire Administrator. President Barack Obama nominated Chief Cochran for the post in July, and it has now been confirmed by the U.S. Senate.

Following is one of our favorite Leadership Skills columns,… Continue

Come Up for Air: Exit before the low-air alarm activates

Come Up for Air: Exit the building before the low-air alarm activates
By Chief Gary Morris

Editor's Note: This article was originally published in the July 2009 issue of FireRescue magazine. Read a letter to the editor, and Chief Morris' response, about this article.

Since 2001, as I have lectured about firefighter safety and… Continue

On April 27, Palo Alto firefighters responded to a local natural hazard that, at least for a while, seemed to be collecting victims. Palo Alto City Hall received a 911 call at 1217 HRS reporting that a 91-year-old male was trapped in a ravine in Foothills Park in Palo Alto, approximately 30 miles south of San Francisco.

We were called out on a service call, a horse "stuck in a ditch". We arrived on scene and find the horse has fallen through and into a 500 gallon septic tank. Now I personally have never let my horses roam my yard, but the owners of this filly, (that's a young female horse for you city folk) let her do exactly that.

With assistance from the SPCA, veterinarian, and good sedation, we were able to extract the horse in just over an hour, and except for a few minor abrasions was… Continue