A bread-and- fire on  6, 2010 in Columbus, Ohio ended in the amazing rescue of one of our own.  Columbus Fire Lt. Mike Polaski collapsed and went into cardiac arrest while operating in…

You never know what to expect downtown on Side Charlie.

Near the intersection of South Dakota Avenue and Buchanan Street Northeast, between Engines 17 and 14, lies a duplex. What makes it different from the duplex next door is the addition on Side Charlie. Local news station WJLA recently reported that the owner of 4605 South… Continue 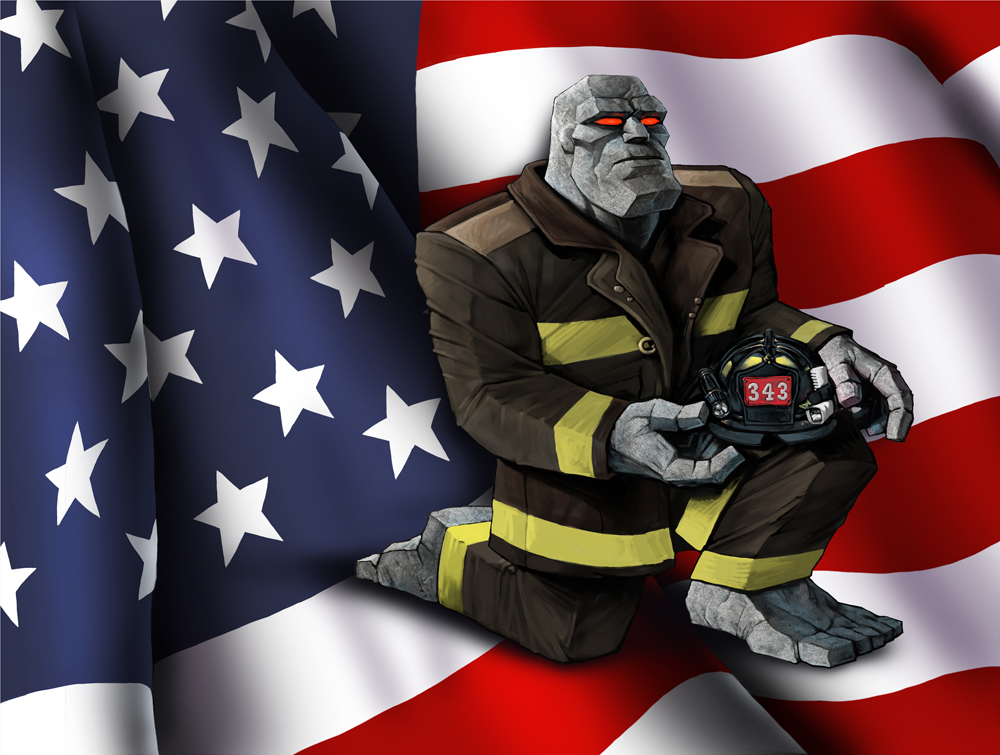 For the past three years, Dover International Speedway has played host to the National Fallen Firefighters Foundation for a…

You are all invited to the Open House for The Grand Opening of the New Davie Volunteer Fire Department's Headquarters Station on Sunday July 31st, 2011, from 1pm - 5 pm.

Stll planning activities.......refreshments will be provided......come one come all Hope to see you there

I work in NYC now and the building construction and equipment is really interesting - some old and some new. What better way to learn about standpipes?

At my last job, I took the stairwell all the time. I walked 5+ flights many times a day-got my energy out. It's so incredibly boring so each time I got to the next flight I would glance at the extinguisher and valves. After all…

Training.... Or a Lack Thereof

Every department trains.  Some departments train weekly, monthly, daily, etc.  My question for you is:

HOW do you train?

I already talked about practicing like you play and training hard, so lets talk about training CORRECTLY.

I, sadly, know of more than a few fire departments that are stuck in
their old ways.  They train using the same methods that the old salts
learned when they were in the academy.  This is not completely a bad
thing, as using… Continue

I just want to remind everyone to remember that when someone on the department does something stupid, that the negative consequences have an effect on the entire department and not just the individual person. Firefighters are looked upon as heros and professionals. Please remember that even if you are off duty, that your actions will be reflected back to the department. Think before you act. It is a terrible day when the fire chief has a prepared statement to give to the press because an… Continue

Remain Calm, All is Well

Dave LeBlanc on how the smart firefighter keeps his head while everyone else is running around losing theirs.

Maintaining your calm on the fireground maybe be one of the most important skills you can acquire. There is enough excitement and confusion already, if we arrive and start screaming and yelling nothing will get done.

In December, Baltimore had a fire that claimed the lives of six people. In… Continue

My Fire Company purchased a Large amount of Hurst Rescue Tools , Some are new and some are used . Please send a message to my inbox with your email address if you are interested in a copy of the Inventory sheet

The Floor Above. Why a game changer demands different training

Brian Brush on why we should - and shouldn't - rely on the stairway when going above.

If you review the statistics, multi-story single family and multi-family dwellings are our most common fire. They also present the greatest risk as the core of the life hazard occupies an upper floor and the bulk of where the fire starts will occur on a lower floor. The game changer in residential construction is the open stairwell. Identifying this game… Continue

Line Of Duty Deaths. Canadian Editorial Asks Why All The Fuss?

Editorial asks if we use LODDs to hype our profession and image.

An editorial in the Brantford Expositor by Christopher Brennan (no, not that Chris Brennan) takes up an issue with why aren't the deaths of people if other dangerous (or more dangerous) professions given the same heraldry as those of firefighter and police officer line of duty deaths.…

Back to the Basics With Wedges

Some of you probably remember having to lift something heavy with wedges and cribbing.  That isn’t the case with many of the new recruits, mainly because we show them how to use the…

It was a relatively slow day for FDNY till 2:19 PM when a phone alarm came into Queens dispatch that a fire was in 12-22 Astoria Blvd, Long Island General Supply (a hardware store). Units arrived within 5 minutes and gave a 10-75 (working fire). The boy's were making good progress but at 2:48 PM something went wrong. Witnesses on the scene report hearing a small explosion followed by a huge blast. The shock wave…
Continue

Why the same old risk analysis dressed up is no good compared to the wrecking ball.

While not exactly scientific it will be interesting to see where popular opinion lies in Detroit Fire's Facebook poll.
- Bill

First allow me three disclaimers on this subject.
1. I do not advocate the reckless abandon of safe, knowledgeable firefighting simply because a building is on fire and we must be… Continue

fishing and golfing in costa rica

Wow the last time I added a blog it was from Lt. to Capt. well now its Capt. to assitant chief!

What is the deal with the National Testing Network?

I'm trying to get information and schedule testing, as required for most of the departments in my area. When I go to www.nationaltestingnetwork.com all I get is a bunch of useless code. Is this company still in business?

From 17 February to 18 April another 10 fire service personnel have died in the line of duty this year. The current total, as of 23 May rests at 36 dead. The statistics for this group reveal the gamut of the American fire service ranging from a young teen killed in personal vehicle collision to an octogenarian dieing from a fall injury. A west coast firefighter died in the most traditional… Continue

What is a Grant Request?

Grants are often though of as free and easy money. Nothing could be further from the truth. …
Continue

Go To The Funeral

The following is from Brian Brush (contributor to Backstep Firefighter), from a friend of his in the Denver area. If you're "in the job" then realize that this is part of "the job."

What, You Have Something Better to Do?
By Oren Bersagel-Briese
November 12, 2004