Some Japanese firefighters start a training called ‘Human ladder’. (I want to name it ‘Ninja’) This training is required teamwork. In this training you have to climb a wall without a ladder or any tools. ... What do you use to achieve the goal? You need to rely on your crew and to ask him to be a ‘step’. You can climb the wall with his back, shoulders, hands… When you think the step is your crew, you’ll care the crew (the…

Its been very well documented that the leading cause of firefighter-on-duty deaths is related to heart disease. Therefore any information regarding decreasing the chances of heart disease are very valuable to the firefighting community. I've recently been researching the correlation between cholesterol and heart disease and have found some interesting correlations. 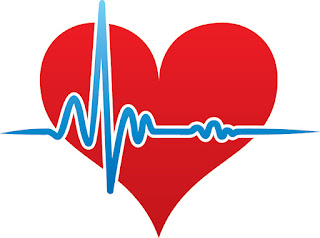 Hello and welcome, my firefighting brothers and sisters!

I maintain a blog on another site. You can find my blog by clicking http://anordinaryfireman.blogspot.com - please feel free to view and leave comments. I encourage good discussion.

I'm not an expert by any means, however, with over twenty years in the fire service, I know enough to know I can still learn more.

Thai 'Spider-Man' to the rescue

bail out prop for training.

I was recently watching some training video /demonstration of a bail out set up. The training video was shot using a self standing wooden mock up of a window with verticle holes in the interior wall covering to place you axe or other took to secure your bail out rig to it and roll out the window. I am looking for the video or even plans for building one to build and donate to my sons Volunteer department for training. If someone knows the link of has some plans to build it I would appreciate…

Leadership Doesn’t Come From Behind the Desk

Recently, I listened, with great concern, to two different questions about the same subject, a failure to communicate. On one occasion, I was part of a management meeting where the attendees were asking, “Why don’t they understand what we are doing?” Another time, while talking to people I supervise, they asked, “What is going on?” This roadblock, or maybe wall, in communication is a…

But once in a while a city leader actually gets it. The current example is America’s most hands-on mayor, Newark’s Cory Booker, who gained a ton of press attention for a couple of days for rushing into a burning house on April 13 with his security aid to save a woman. After the rescue, standing before the press with a burned and bandaged hand, the privileged (Stanford, Oxford, Yale) Booker expressed a new-found respect for…

This year marks the 25th anniversary of "Change Your Clock, Change Your Battery" ("CYCCYB") and the International Association of Fire Chiefs is looking for examples of how the program has helped save lives in your community. Your stories will be shared on the 2012 CYCCYB website as a way to demonstrate why its important to have working smoke alarms in residences.

As a new member here on Firefighter Nation, and a firefighter with allot of opinions, I'd like to introduce myself to many of you, and give you an insight as to where I come from, and where I get my opinions. I'm a 19 year old firefighter/EMT from PA. I've been on the department for around 5 years, and have learned more things in these short years then I ever believed I would.

Its amazing to me to look back on these short years and remember when I first joined. I wore gear out of the…

After being in the fire service for a while. I've seen a lot . But the one thing that always rings true is that safety of the people, and property we are tasked to protect. But it means nothing if we don't make it back to the station to protect another day. So to all firefighters out there be safe and , think before you act . We need to live to fight another day

My Big Question: Do We Focus Too Much on the Nuts and Bolts?

My big question is, “Do we focus too much on the nuts and bolts of tactics and not develop enough critical thinking and problem-solving skills through reading, writing, speaking and other hallmarks of educational courses?”

Organizations know they need flexible thinkers with innovative ideas and a broad knowledge base derived from exposure to multiple disciplines (training, education,…

This video is a great training tool for size-up, radio comms & Command presence.  This FD sounds very professional despite difficult fire conditions.  This week we've got heavy fire & smoke on an upper floor w/ standpipe ops in progress and a Mayday called while transitioning to Defensive Ops.   Compare this FD's ops to your FD and  give us your RECEO VS considerations.  Enjoy!…

It's hard being a Firefighter, it's harder being a weird Firefighter.

When the weakness of a firefighter is discovered, it is exploited by some for the entertainment of the rest. I was an exploiter. I worked with many unusual people myself counted in that statement.

Some had strange behaviors around the way they ate, slept, exercised, read, talked, you name it there was someone on the job with a different way of doing it, a way most would describe as not normal.

Here is another uniqueness…

Firefighter Fitness-- Does P90X Measure Up?

It’s often said that any movement is better than no movement at all.  I personally have to agree with that statement, I think its imperative that everyone (especially FireRescue Athletes) are active.  The big question milling about in the Fire Rescue field is what is the most effective type of activity for firefighters?  Ideally, we should be performing movements that support, enable, and…
Continue

Here's a not so routine extrication to think about as you cruise by your local public park.  How are you going to get a child out of a full bucket swing who has become stuck.

The scenario is: a child's legs are to big for the openings, but gravity squeezed them in for the swing ride.  Now, the child can't get out.  Read on.

Wilmington, DE (April 6, 2012) -- It's been a busy week for volunteer firefighters in New Castle County, Delaware, and fire departments across the nation have learned the details thanks to software known as a news aggregator. In this case, the automatic system discovered the terms firefighters, structure fire, injured firefighter on DelawareOnline, the web version of Delaware's News-Journal.

Weak Firefighters will not be Tolerated.

Firefighters have to be cautious about how they show weakness in the fire house. I don’t mean physical weakness, although that will become self evident after awhile, I mean weakness of mind, body, or spirit.

Any weakness will be exploited by your co-workers as a tool for torment, entertainment, and sabotage. Firefighters will pry, dig, and investigate your defenses over and over until they find that “thing” that one little defect in your character…

Louis DiGiacomo (brother of FF Joseph DiGiacomo of the Freeport Fire Dept.) has been entered in to a contest in order to win a brand new wheelchair van. (www.mobilityawarenessmonth.com)
I need everyone to go on the website and search for "DiGiacomo" under local heroes and click on his picture to vote for him. Be sure to enter his promo code (854) in order to receive and extra 10 votes. It takes about 2 minutes to complete and your…