From by blog at FireGroundWorks.

While recently attending the Fire Rescue International Conference in Denver, I took some time one evening and toured the Da Vinci Machines Exhibition at the Denver Pavilions. On loan from the Museum of Leonardo da Vinci in Florence, Italy the exhibit featured more than 60…

To Workout or Not, That is the Question? 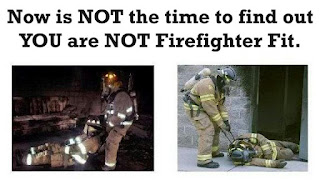 This is a major concern for the fire rescue athlete.  On one hand we know we should be working out to stay…

After seeing a couple variations of sleeves for high-lift jacks we made a few.  Brother Firefighter Stout helped with fabricating them and tracking down some steel.  You can read more about the “OJ Sleeves” from the brother’s in Michigan or view some pictures from Andrew Brassard’s variation here.…

RELIEF OPERATION FOR THE FLOOD VICTIMS OF THE PHILIPPINES.

We are organizing a relief operation,I hope you and your friends could donate old clothes, blankets, anything that could be available so we could give it to the affected families by the recent flood incident here in the Philippines.Thank you.

From by blog at FireGroundWorks.

How do you do it? How do you get through the chaos of daily social media? With the influence of email, texting, Twitter, and Facebook we are now caught…

We are organizing a relief operation,I hope you and your friends could donate old clothes, blankets, anything that could be available so we could give it to the affected families by the recent flood incident here in the Philippines.Thank you.

What's wrong with the "V" word?

Whenever I have an opportunity to visit another area, whether on vacation or traveling for other reasons, I always enjoy meeting other firefighters.  I’ve learned so many things from visiting fire stations in other parts of the state and country, and I’ve also met a lot of great people.  Often, as a part of the first few minutes of conversation, the inevitable question comes up: “Are you a career firefighter, or a volunteer?”

Being the passionate volunteer that I am, I…

My small very rural dept. is looking for hand tools and any thing that we can use.  We just recently got a new truck on a grant but do not have the funds to equpiment it with hose or the tools we need.   We are also looking for a good 3000 gallon tender.  If anyone can help or knows someone that can it would be a huge help to us.

When you are on a fire scene and communications become difficult due to the sound of everything around and/or heavy radio traffic, what is one way you communicate?   What about some hand signs?  If you had a chance to communicate without yelling or having to walk away from your assignment how would that help?  I am working on a lesson plan for just that.  Communications is a vital part of the job.  What type of equipment, or words would help?

It's not all glory

In preparation for annual house inspection, we are stripping and waxing the floors. I am reminded of a day over three decades ago: I was a very young produce clerk at Kroger. My father comes in to buy groceries for fire station #14 just down the street where he is assigned.

I am so proud to see him in his uniform and for him to see me working my first "real" job, but a little embarrassed that he happens in while I am mopping the floor.

"Ah, nothin' wrong with that," he tells…

So What Are We Supposed To Do on BackstepFirefighter

After reading the NIOSH Investigation report for the Line of Duty Death of Firefighter John Davies that occurred in Worcester, Massachusetts in December of 2011, a certain amount of confusion remains.

Based on the finding by the committee performing the Investigation, the Worcester should have used VSP (Victim Survivability Profiling)…

My latest submission on Social Media, check out my piece on Twitter Olympics

the politics of firefighting

"There’s more, much more needed to win the political debate than touchy-feely, feel-good public relations, of course. Firefighters need to lock and load with cold, hard fact. Lots of them, and I don’t mean run stats. Even the busiest departments touch the daily lives of only a small percentage of the population, and that’s good. Fewer runs, safer city, and therein lies the political paradox for firefighters. The safer taxpayers feel,…

Firefighters kill themselves sometimes. So what who cares?

I spent yesterday in Denver at the Denver Convention Center the host location for the Fire-Rescue International Conference http://s36.a2zinc.net/clients/iafc/fri12/Public/MainHall.aspx?ID=2716 with Chief Jeff Dill of the Palatine Rural Fire Protection District in suburban Chicago.