Why Lloyd Layman Is Still Relevant

By Warren Whitley
Editor’s note: For more on Lloyd Layman’s theories and how they can be applied in modern-day firefighting, see “The Plug” in the March issue of FireRescue.

In 1953, Lloyd Layman published Fire Fighting Tactics(1), followed by Attacking and Extinguishing Interior Fires(2) in 1955. The books complement one… Continue

Why the pathway from door to nozzle needs to be clear

A blog over at http://backstepfirefighter.com/2011/01/29/make-a-hole-make-it-wide/  discusses why advancing toward the seat of the fire it is important that the path in is clear. Come and check it out. Feel free to pass along.

Public Safety Workers Hit the Ice to "Check for Charity" 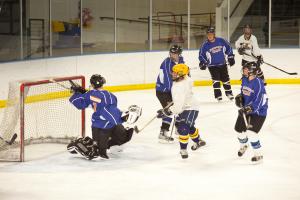 Firefighters in Minnesota are lacing up their ice skates to benefit the Cystic Fibrosis Foundation. Photo Courtesy Hennepin Generals


On Feb. 27, dozens of Minnesota and Wisconsin paramedics, EMTs, firefighters and police officers will lace… Continue

New post over at Firehouse Zen discusses why maybe some people are incapable of independent thought.  Come and check it out. And if you now of anyone who meets the standard, pass it along to them too.

On Dec. 23, Arizona firefighters responded to a call for “kids in tree”; however, that account didn’t turn out to be as descriptive as they may have liked, as by the end of the day, they had performed a well-coordinated water rescue.

The 9-1-1 call to Sedona Fire Dispatch was initially assigned as an EMS dispatch. At 1658 HRS, the Montezuma Rimrock… Continue

Among one of the greatest, and most historic debates in the fire service is the use of smooth bore versus fog nozzles.  What’s better and/or safer etc.?  A byproduct of that debate is hose stream selection for fire attack.  The question is, do you use a wide fog pattern, a narrow fog (a.k.a. power cone) or a straight (or solid) stream for… Continue

Meridian Plaza Fire: Would Your Department Be Prepared?

On Feb. 23, 1991, a pile of rags ignited a fire in a high-rise building under construction in Philadelphia. Three firefighters were killed when they became disoriented in the thick smoke and ran out of air. The fire caused an estimated $100 million in direct property loss. …

Most agencies have a mission statement that… Continue DNA Detection: It’s no CSI, but it gives closure to victim families

DNA Detection: It's no CSI, but it gives closure to victim families
By Harold Schapelhouman

I was reading an article recently on forensic detection and information databases when it occurred to me that my name may appear in the Federal Bureau of Investigation’s (FBI) database. The majority of those currently in the database are criminals or individuals who’ve been arrested. Although I’ve had some minor bumps in the road early on…

Today I learned that you can't have a ferris wheel in the same parking lot as a building with solar panels. I don't know why though.

Also, how come the tops of fire hydrants are painted white (the bottom are red) and not flourescent colored paint? 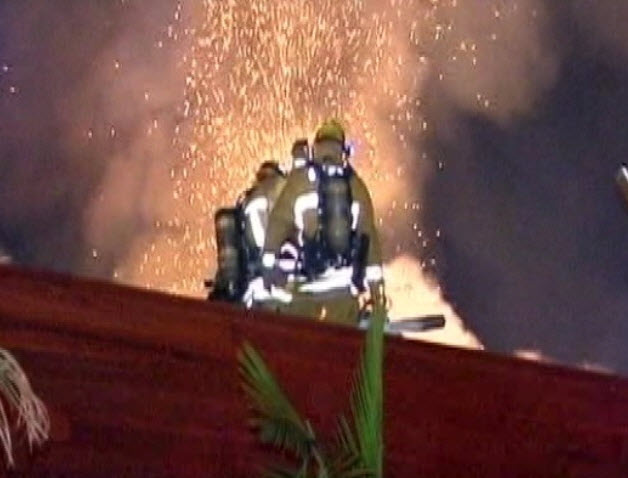 The recent events in Los Angeles and the line of duty…

Little Things That Can Turn A Fireground Sour

The battalion chief pulled over just before the entrance of the cull de sac. He had heard the first due engine officer report that the bulk of the fire had been knocked and that they were checking for extension. Heading down the street he notices the driver of Ladder 7 running past him in the opposite direction. The familiar smell of a house fire… Continue

A Review of Modern Pump Panels

I’ve written an article or two in my time about how to choose the right pump panel for your vehicle. Those articles focused primarily on your choice between a side-mounted or… Continue

To all my loyal readers: I've decided not to take this blog to a different site. Only you guys truly understand my past, present, and future.

Today was my first experience hearing the fire alarm at work. The sound was brief, but loud enough for me to get up from my desk, grab my coat and pocketbook and head out of the maze of cubes into the main hallway. Only about three other people followed including one…

Where are you going this year?

I hate the term “New Year’s Resolution”. That is why I intentionally waited until now to post this. New Year’s Resolutions are those things we wishfully tell ourselves that we are going to do to make our lives better or more wholesome while we are drunkenly celebrating the turning of the calendar.

No this post isn’t about resolutions, it is about goals.

Do you have any specific goals for your professional development this year (and yes, even volunteers can have…

Class A foam, particularly when used through a compressed air foam system (CAFS), is a highly effective tool in a fire department’s firefighting and exposure protection arsenals. But when a department makes the decision to purchase CAFS, there are several pitfalls they must be aware of to ensure that the implementation of the technology will be smooth and effective.

1. Lack of understanding of Class A foam (CAF)—There are many…

Problems in the Station? The Chief Needs to Know

Problems in the Station? The Chief Needs to Know
By Scott Cook

The other day, Fred, a buddy of mine and not his real name, told me he was going to sue his former career fire department because he received an “ineligible for rehire” letter from them after getting nothing but excellent performance reviews since he hired on. I inquired as to why he thought he got the letter. He hesitated for a… Continue