Let’s face the facts; in today’s fire service, career and volunteer departments are dealing with understaffed box alarm assignments. On paper; a 4 man company is “NFPA” compliant. We all know that the more manpower, the better. See the study that NIST did to see just how much more a few hands can improve operations.…

During the San Bruno fire, I found Twitter to be the best source of live and up to date information. Hundreds of people posted updates by the second, like “horrific fireball continues to burn”. There were also
accurate updates of the location of the rapidly spreading fire. Could
this be the fastest form of emergency communication?

There are limitations to an emergency dispatch system that relies on transferring vocal information. On average, it takes 60 seconds for a 9-11…

The Recruitment and Retention Committee of FASNY is promoting the concept that every volunteer fire department in New York State open its doors to prospective members on April 9 and 10, 2011.

More than just a plea for common sense collaboration among departments, FASNY put their money where their mouth is by creating planning and marketing tools to help FDs leverage the impact of the statewide campaign and make their local efforts… Company officers use tools from the near-miss website…
Continue

Not Your Typical "Truckie"

Glenn Usdin was a Run-to-the-Curb kid, growing up in the Long Island New York fire service and rising to the rank of fire chief in Lancaster PA. Like many in the fire service, his career path has taken him in several different directions including a tenure as associate publisher of Fire Engineering Magazine, president of American-LaFrance Used…

A fireground mentor once told me, “It’s OK to vary your plan, as long as you have one.” As a young fire officer, I understood the message: We can change ventilation tactics so long as we plan to vent. A secondary water supply can come from either direction, so long as it arrives. Little did I know that this mentor imparted wisdom about things far beyond commanding the initial fire…

A quick and easy method for extracting patients from a roof-resting vehicle involves the displacement of the rear roof rail.… 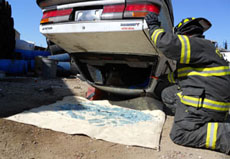 Old Fire Lookout Gets New Life as a Radio Tower

A Maine mountaintop is slated to be the site of a unique communications tower that combines a 1944-style structure with modern-day microwave technology. 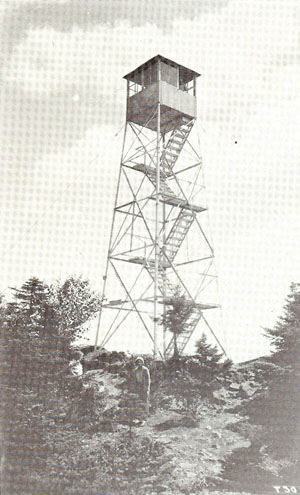 The Maine Office of Information Technology (OIT) is…
Continue

A Work in Progress: Tips for fighting fires in buildings under construction

Just like people, buildings have a life cycle, from the time they’re “born” (built) until they “die,” which can come in a number of ways,… Continue


When I close my eyes and think about it, it is hard to imagine that 28 years have passed since the tragic morning of January 4, 1983 when District Chief Lonnie Franklin was killed while enroute to an arson fire on Dowling near Drew in the Third Ward. Chief Franklin was a brother-in-law to the Jahnke HFD family (Roe, Claude,Val, and Duke) and uncle to our late fallen brothers Steve and… Continue

During one of the Annual Congressional Fire Services Institute (CFSI) dinners in Washington, D.C., in the early 1990s, Vice President Joseph R. Biden Jr. (then the junior Senator from Delaware)—or as we call him, Joe—made the following statement: “There are three political parties in Delaware: the Republicans, the… Continue

Recent Fitness Trends: Which one is the best?

Fitness is a big industry these days. Companies spend millions of dollars competing for consumers while nutritional supplements, fitness equipment and various workout programs flood the market with the endorsements from big-name athletes. Advertisements even include testimonials from firefighters and their success stories that came about as a result of using the products. Video workouts, Web-based workouts and “boot camps” are all the rage at the firehouse…