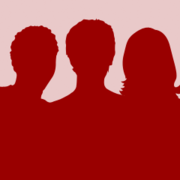 This group is for announcing Line of Duty deaths of both fire & EMS personnel. It is not meant to be for critiquing or second guessing how the death occurred. Plain an simple, this is a group to share news of lost brothers & sisters.

You need to be a member of LODD Announcements to add comments!

Comment by Matt Mason on February 6, 2009 at 2:42pm
In memory of Chief Jim Kron 1942-2009 - Firefighter Nation.flvChief Jim Kron served in the fire service for nearly 50 years. He served with the City of New Albany for 44 years and retired as the rank of Assistant Chief and then was hired onto the Georgetown Fire Protection District in 2007. He passed in his sleep at home peacefully and was still an active member making runs with the best of them. RIP Chief Kron you will be missed.

Firefighter Koch had over 58 years in the fire service with Alexander,
Corfu and East Pembroke Fire Departments. He will be deeply missed.

Please extend your sympathy to Norm's family, friends and brother and
sister firefighters.

DELAWARE CITY, DE (December 22, 2008) -- A Delaware City (DE) Volunteer Firefighter died today of injuries she sustained after being run down by a motorist on US Route 13 at the New Castle County Airport. Firefighter Michelle Smith, 29. was assisting in the treatment of the victim of a motorcycle accident when a driver sped through the emergency scene, running over Smith and the patient.

Smith and her EMT partner were staffing the Delaware City BLS Unit, which had been covering Wilmington Manor Fire Station #28, when they were dispatched to the report of a motorcycle accident with injuries, about 1 mile from the station. In Delaware, accidents involving motorcycles receive a multi-tiered response, which includes the nearest BLS unit, a county Paramedic unit, a Rescue/Pumper, Fire Police and the Delaware State Police helicopter.

The Delaware City ambulance responded immediately, arriving less than a minute after being dispatched. On arrival, Smith noticed the motorcyclist lying in the median of the four southbound lanes of busy US Route 13, and placed the ambulance in a blocking position. Smith and the EMT began to access the victim's injuries as traffic in adjacent lanes sped by at 55 miles per hour.

A passing New Castle County Police Officer stopped to render assistance, pulling his patrol car near the grass median. According to a News Journal report, "as he opened his door, the officer noticed a 2004 BMW 760 speeding in his direction and quickly got back into his car to avoid being struck."

Witnesses say that the BMW sideswiped the police cruiser, swerved around the ambulance and ran down Smith and the accident victim, Edward Reiss, 30. of New Castle.

The driver of the BMW fled the scene, then abandoned the car further south on US Route 13. He is said to have jumped into another vehicle, which quickly left the area. Delaware State Police believe they have identified the runaway driver, but offered no further information.

According to initial information released by the Delaware City Fire Company, Ms. Smith was treated on scene by NCC Paramedics and EMT’s from Wilmington Manor and Goodwill Fire Companies. She was transported to Christiana Emergency Department, where she was initially listed in stable condition as her injuries were further being evaluated.

News of her death came at around Noon on Monday, sending a shockwave through Delaware's small, tighly knit emergency services community. Smith is the first Delaware firefighter to perish in the line of duty in nearly 9 years. In 2000, a Greenwood (DE) Assistant Fire Chief was killed in a flashover during a training exercise gone bad.

Offer your condolences by visiting Delaware City Fire Company on the web.

Delaware State Police late Monday identified the driver of a BMW which ran down Firefighter Michelle Smith and an injured motorcyclist, as Joseph Taye, 28, of Bear, Delaware. Taye was arrested and taken to Troop 2 in Glasgow, state police spokesman Cpl. Jeff Whitmarsh said.

Taye was expected to be charged with manslaughter, second-degree assault, driving on a revoked license, leaving the scene of a crash and failure to report a crash, Whitmarsh said. He is being held in Young Correctional Institution in lieu of $37,000 cash bail. Sources close to the family say that he expected to make bail sometime today.