As I sat here contemplating what to write about this week, thinking about our fellow firefighters that have been injured or have paid the ultimate sacrifice on fires in or near wildland-urban
interface areas
already this year. Two firefighters injured in North Central Nebraska, A firefighter injured in Arizona, Two
firefighters killed and I believe the total injured at one point
was 8 firefighters on separate incidents here in Texas. And I have
been wondering what is…

Fresh out of the oven, some humble pie.  Served with the right amount of self-critique, this can be a tasty dish. Latest post at Firehouse Zen.

The Mullins Fire-Rescue Training Ground is now complete and certified by the SCFA. Eight years of hard work and dedication finally paid off. Countless man hours put in by lots of people finally made this possible. Special thanks to Training 1 Wayne Collins, Assistant Chief Shawn Harrelson, FF Ray McCormick (Expert Fabricator),FF Josh Richardson, and everyone who helped when they could. I am proud to say i'm one of the first to graduate SCFA 1152 right here at our home training facility. Hope… Continue

This article is being posted, with permission from the author Jake Rixner

In everyone's career, things are said or done that…

SOMETIMES IT"S NOT SO SIMPLE on BACKSTEP FIREFIGHTER

As a Company Officer, at some point in your career, you will come to that one pivotal point, when the clarity of a situation becomes all so apparent and clear.

Sometime you just have to believe and have the resilience, fortitude and that deep in the gut feeling that you know what and how something needs to…

Guess what?  Some firefighters and myself got our hands on another school bus for heavy rescue training in Norwalk, Ohio sponsored by the Northern Ohio Fools on a rainy April Saturday.  Of course, we spent some time covering the basics of school bus extrication with the newbies of this heavy rescue environment.  Then I had a few new ideas and… Continue

In the Zone....PPE, Equipment, Training and Firewise program.

Hey all don't know how far this idea will make it, but some friends of mine said I should so here we go....

The Name of my Blog for all to read will be "IN THE ZONE".  For this blog, "The Zone" is the Wildland - Urban Interface Zone, or the I-Zone as it is commonly referred to. Even if your deep inside the heart of a major metropolitan city, anywhere the Urban Fuel… Continue

For years, the fire service has been embroiled in the “great compressed-air foam system (CAFS) nozzle debate”—a debate that focuses primarily on which nozzle is best for compressed-air foam (CAF). In reality, CAF can be pumped through any nozzle. However, that doesn’t mean fire departments should just pick a nozzle at random. Nozzle selection must be based on research into how CAF works and consideration of the various factors that make each department… Well, I’ve been away from this page for a long time…should’t, but today I’m writing you about something I should write a long time ago..… 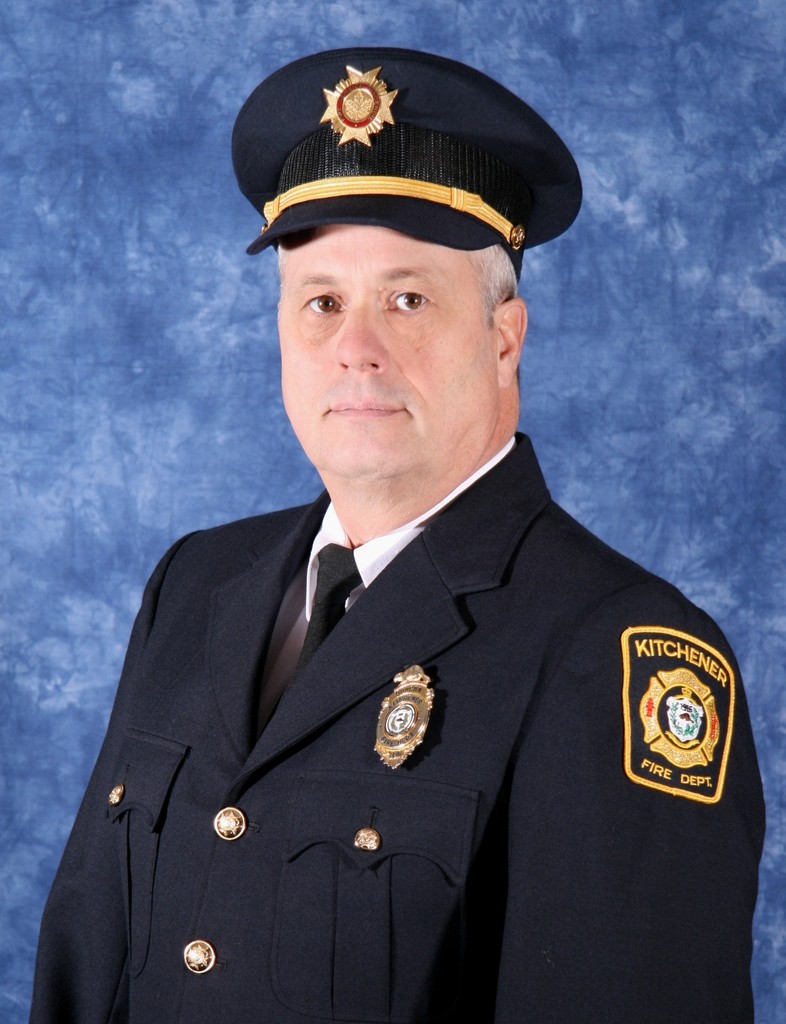 With great sadness we share that Bill passed away on Friday, March 25, 2011 at K-W Health Centre of Grand River Hospital at the age of 56 with Donna and David at his side.

Supportive and loving father to…

Ergonomics in Apparatus Design -- Where Are We Now?

If you’ve been reading my columns over the past several years, then you’ve probably heard me use the term “ergonomics” many times. I guess when I like a word, I tend to use it a lot—sorry to be redundant! What’s more interesting: Apparatus manufacturers seem to like the word as… Continue

What Is Your Favorite Attack Line & Nozzle Setup and Why?

CAMP HOUSTON FIRE 2011 was a huge success.  Without the assistance of the Houston Fire Department, our many Sponsors, fellow firefighters, friends, and family  we could not have accomplished our goals.  Twenty young women from the Houston area have succeeded in over-coming their fears and learning that they "can do anything".  Thank you!  Thank you!  Thank you!!!

How fast can you run?

On Friday, April 15, Eastland, Texas, firefighter Gregory Simmons died in a wildland fire. Simmons’ death was initially thought to be the result of being overrun by the fire, but a later report from the medical examiner relates that he died from blunt-force trauma.…

The National Fallen Firefighters Foundation is working with the Medical University of South Carolina staff to prepare Web programs to meet this need
By Chief Ronald J. Siarnicki

Following is the last in a series of seven articles that describe a new approach to mental and behavioral health in the fire service. Read the other six articles:… Continue

Every community recalls history through pivotal events. For example, April 19, 1995, and Sept. 11, 2001, are both dates that changed the course of history for the United States. Most people can say where they were and what they were doing… Continue