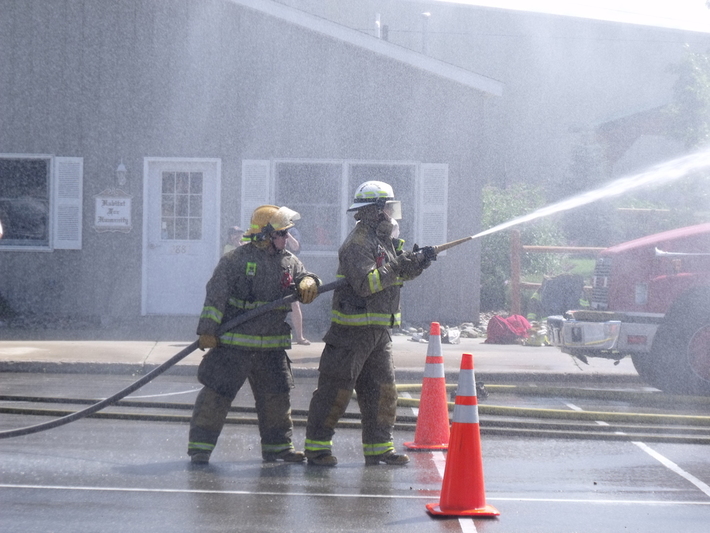 About Me:
Wanna know anything ask.

Why I Joined Fire/EMS
It sounded fun. I ended up loving it more than I could believe.

Why I Love Fire/EMS
The Feeling of helping the community.

Top Issues Facing Responders:
Liability on the fire scene, and interoperability/communications with other organizations.

one of those nights

Had one of those nights that we all hate to have. We all wept as we extracted the body of a great friend of many of our fire and ems personal from the wreckage of her boyfriends truck. He was drunk and she was not wearing a seatbelt. I hate those nights.......

I have recently begun my journey into the EMS field. I have now completed 2 class' of EMT-Basic course. I will complete my course as of Oct. 31 2009 and will test out For National Registry within two weeks of that date. wish me luck all.

Can someone please help me decipher the requirements for fire officer training. I am trying to figure it out. I need to get the training soon, but am having a hard time figuring out just what I do need.

Military
The average age of the military man is 19 years. He
is a short haired, tight-muscled kid who, under normal
circumstances is considered by society as half man,
half boy. Not yet dry behind the ears, not old enough
to buy a beer, but old enough to die for his country.
He never really cared much for work and he would rather
wax his own car than wash his father's; but he has never
collected unemployment either.

Bulldog324 said…
welcome aboard glad to have yea

Eric said…
Just wondering, where were stationed during OIF III?

Dominic Giovannone said…
thanks for the comment. be safe out there

-chicka-PtFd said…
not much u

Thank you for your service to our country.

-chicka-PtFd said…
hi how are u?

TJ said…
just so you know, thats the westside of el paso. if you go south on mesa, you run into a bar called erins, its a pretty happening spot. i know the westside pretty well. there's also uncle paulies at the coner of mesa and sunland park. its pretty cool. but yea, best thing to do is look in that park. good luck man, hope you enjoy your time in el paso.

TJ said…
well if your on the east side the dirt track is on that side of town off of montana. friday nights i think around 7. its called el paso speedway park. look it up online there will be info on whats going on this weekend. one of the best things to do is look in the paper in the EL TIEMPO, lists all the bars and stuff in your area.

TJ said…
well all depends on what all you like to do. if you like clubs, they're here, if you like bars, they're her. other than that theres races on the weekends, drag racing and dirt racing. not sure what you looking for.