Videos Such as your quickdress videos or a video to discuss

You need to be a member of Generation Gap to add comments!

Hello, new probationary firefighter! my father has been on the job volunteering and on paid EMS in some form or another since 21. I've been held back alot in life, but better late then never  starting in the family business, I always wanted to serve and to dedicate myself. when I was issued my unit # I  didn't ask for it it was randomly assigned to me, firefighter #27 the same unit # my dad had when he started with his first dept! nice to meet everyone! 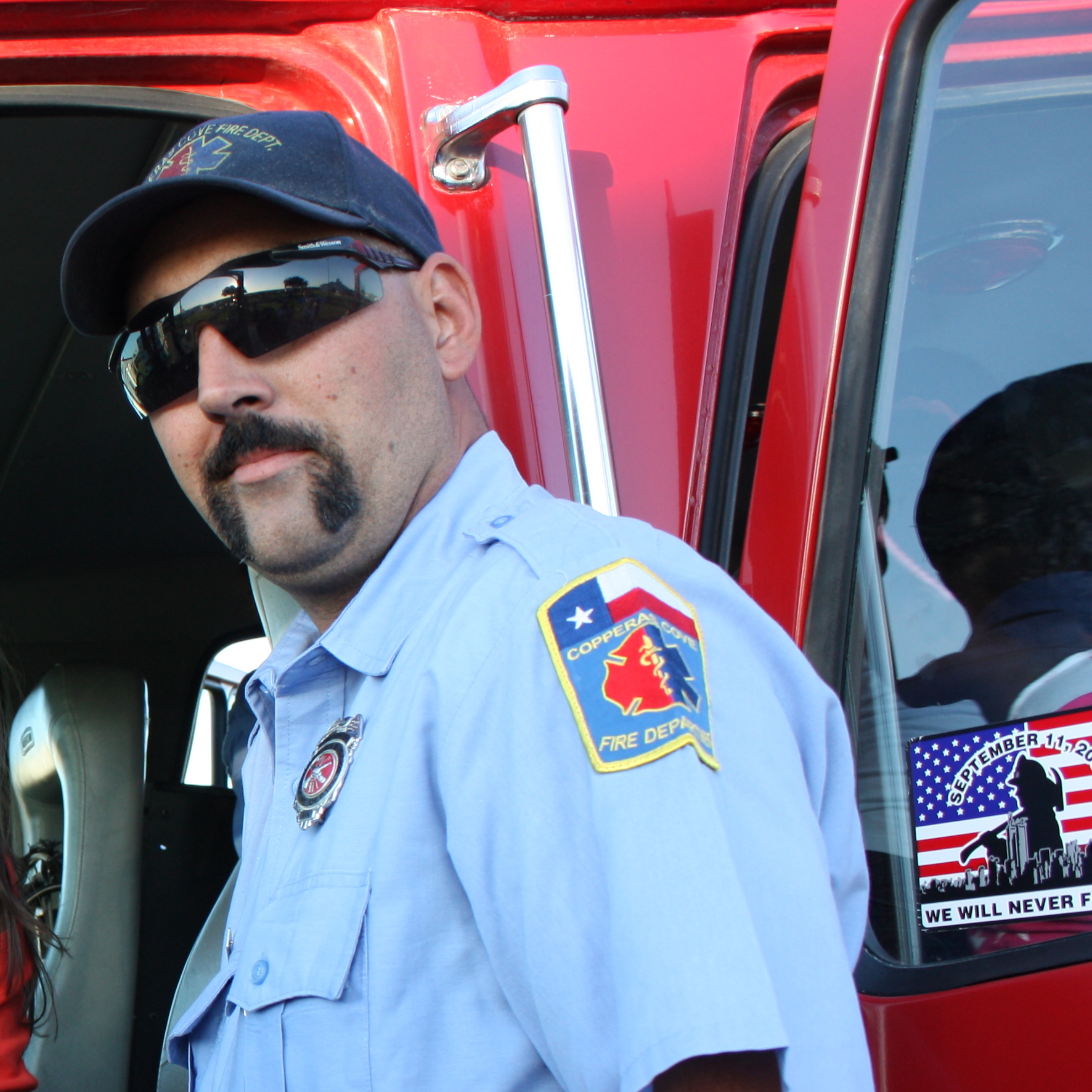 If you are looking for a way to help fund you VFD and help your family all at the same time you really need to take a look at this. My dept. is doing this right now and it is doing well here is the info on it http://media.igniteinc.com/opp_vid_new/index.asp Take a look at the video and then get back with me with any questions. My cell # 254-499-0169 Thank You Allan Thompson Fire Chief Turnersville FD.

Comment by Kevin Murphy on May 19, 2010 at 6:53pm
Thanks for the welcome Mike and Sam. What a resource all of these sites are. I follow the Fire Engineering site as well. They have a section called Training Minutes. It has short video segments on specific topics like forcible entry and throwing ladders. I follow these sites in an effort to glean as much knowledge as possible. I think all of us would like to be capable on the fire ground. My training division is very progressive but, they are usually swamped with topics that must be covered in the broad spectrum of the fire service like EMS or confined space or other mandatory topics. I feel these sites offer the nuts and bolts training needed on a daily basis to perform our jobs to the best of our abilities. Dale Pekel's door force video is a perfect example. Each time I watch one of these I pick up something that was missing in the last or, is done in a way I feel would be more effective. Take care and stay safe. KM

Comment by Michael Brittain on May 14, 2010 at 10:49am
Hey Sam, Kevin and the other 15 members gracing this site. So, as I said when I first joined, I'm a Definite "Newby", "Greenbean", "Probie" and all those other names. :^) And in thinking about it, there hasn't been much traffic on here so I thought I might share how I came to be here and now.

Currently my day life consists of being an owner/operator of a fairly successful Fiber Optic Construction and Connectivity company in Houston. What does that mean? Means I sit behind a laptop AAALLLL Day Long, writing specs, updating my safety manual and company policies and respond to project solicitations. I Love my industry but somehow or another my dream of climbing the ladder has lead me to a 17" wide screen of a cage with 87 keys.

That isn't who I am. I miss who I was and who I am on the inside (hence, taking up on the opportunity of becoming a volunteer Firefighter EMT). I was the guy willing to challenge anybody in the field to do a job faster and better, sweat was my friend. That's right. I'm from the south and I would rather sweat ANYDAY than be bundled up with so much clothing that you can't climb a telephone pole and work a set of nut drivers.

So, in high school I was the guy you could always find in the weight room, the Center on the starting line of the Football Team. After high school it was a given that I would dedicate years to the armed services (GO ARMY!). While in the Army I was a 31L Cable Dawg... Pole Climbing, Hand Trench Diggin' Providing Telephone Service to the Front Lines since 1994! hahahaha And well, the military is where I learned my trade.

As soon as I could I worked for Time Warner Construction, Worldcom, MCI, and then TONS of contracting companies. I've spliced Fiber in the middle of a Tornado along a railroad bridge at a river crossing in Alabama (had to run and grab hold of the bridge pillars while trees came down all around us.) I've spliced in a Blizzard in a tent that I had three guys trying to hold in place, I've splice along gas pipelines through a myriad of states, with wild turkey, coyotes, nutria and more running around my tent... And much more. I Loved It!

So, I live in Houston. My favorite city seconded by DC (not because of the politics!), Clanton, Georgia (just plain County), Santa Rosa, California (wine country), Omaha, Nebraska (Steak Capital of the US), Prescott, Arizona and Indianapolis, Indiana (though they didn't take kindly to Texans, especially proud ones. :^) These are just some of the places I called home while as a contractor.

Anyhow, My wife and I moved in 2008 to Jersey Village. It is still Houston, but we have the luxury of having our own Mayor, City Council, Police Dept and one Fire Dept. We are a community of 7,000 strong in the middle of Houston's 5 Million! In our Welcome Package was a flier to join the Fire Dept. Something I had NEVER thought about before. And I joined 2 weeks after moving in. I really had no idea what to expect and I would be allowed to do and honestly I thought I would only get to help clean up, cook and maybe get to clean the vehicles. The next week, Hurricane Ike paid us a visit. THAT is when I found out what it was to be a volunteer and my Dept. had me Hook, Line and Sinker! The week after that I found myself signed up and in an EMT course and 4 months later I was in the back of the ambulance working with patients. A year later I signed up for the Fire Academy. I graduated December 5th and fought my first REAL fire December 25th, Christmas night! It was an Apartment Fire. Since then I've been able to respond to a couple field fires and just recently had my first fully involved vehicle fire that was a Suburban on it's side.

All of this, the Fire side, the medical side, the MVA's the Citizens Assists... MAN, what a feeling, what a rush! That "Thing" I've been missing for the 6 years I've been trapped behind my laptop is BACK! And what's more is that THIS unlike anything else I've done before gives back more to me then I could EVER give to it!

You know, this stuff; the work, the training, the help we give, the lives we save, the property we protect, the PR we promote, the Brotherhood we are all bonded in... You can't BUY this... This is a Blessing to each and every one of us as much as is the service we provide to our communities.

I know, this was long. BUT I got it off my chest. And if your still reading this... I will begin posting some things, thoughts, and new positive safety items that I've learned as we go along. Ok, I'm Out!

Comment by Sam on May 14, 2010 at 8:54am
Welcome to Firefighter Nation Kevin, Ive been on this site for about two years. I have been volunteering for about 7 yrs and now with my third vol dept. AND I AM A NEW GENERATION FIREFIGHTER!!! hahaha

Comment by Kevin Murphy on May 4, 2010 at 10:11pm
I am very new to this site, but I feel I fit into the profile of age and firefighter safety as a priority very well. I believe all of us must work together to gain the knowledge we need be effective on the fire ground. This knowledge will give us the ability to recognize when to "go" or "no go" in any situation, for the safety of all.

Comment by Michael Brittain on December 22, 2009 at 2:48pm
I look forward to seeing some Positive Posts of things to be mindful of regarding Safety of Self, Others, and overall Operations for Effective Results mitigating LODD's and injuries on a Fire scene. I am 36 yrs old, with 2 kids and a wife to come home to and Just graduated from Fire Academy and am willing to absorb anything that can maintain a safe environment during a Fire Call.