How does your dept. handle MVA's? Do you have a rescue truck or do you just use your engine? If you have a rescue, is it light, medium, or heavy? What kind of equpment do you have on it? My dept. runs a medium duty rescue that has an onboard PTO generator that runs pre connected extrication equipment, a 20 ft. telescoping light tower, full sets of lift bags and rams, hand tools, various saws and scene lighting. As well as other tools and water rescue equipment.

Depending on where and what a caller or callers tell 911 will depend on what gets dispatch in our county.

It could be just a engine and ambulance.

If its in a stations area that has a heavy squad it be the squad and ambulance.

Anything over 45MPH will get a engine, squad, ambulance, medic unit and batt chief.

We have a street that is 35MPH but most of the traffic travel higher, almost freeway speeds on it so we had a chief that requested a squad and medic unit on all MVA in our area because by the time we got there we with our engine and ambulance had to call for them and wait so we could cut the people out. We have two stations so we have a heavy squad in our sub station which would run some of our area while another dept's squad would run the other end.

Since we have a bridge that carries I-95 between two states, when a accidents happens in that area you should hear the number of units dispatch for that one. Three jurisdictions are dispatch because of the different lanes the bridge carries for local and interstate through traffic. You got inner and outer lanes North or South which have to be accessed from different entrances. 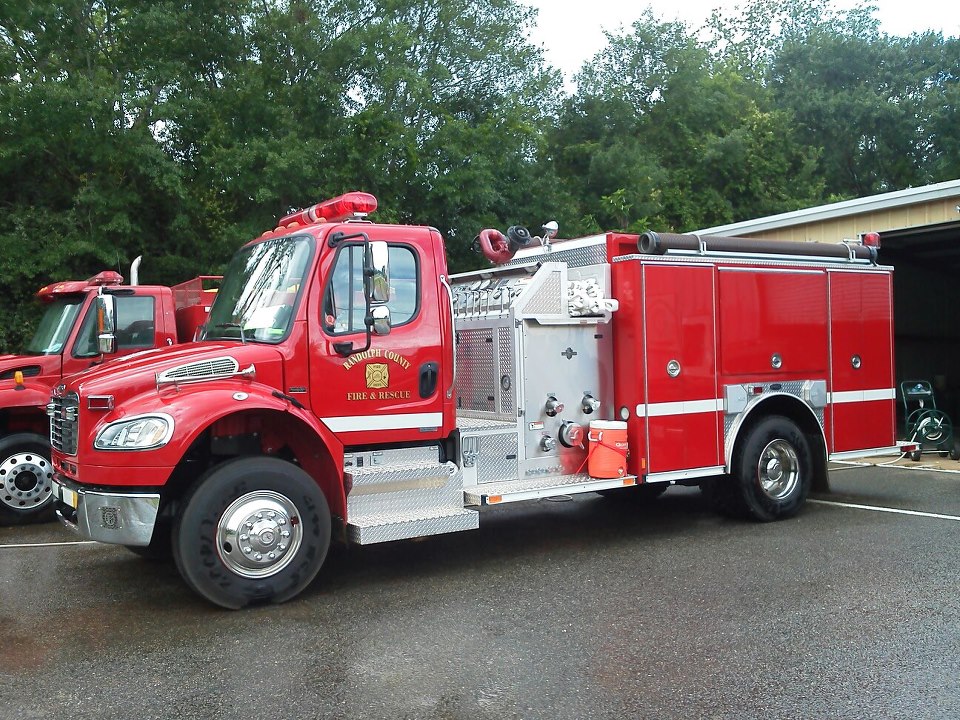 We use a Mercedes Benz diesel powered E-one freightliner for our rescue. I think its a 2009?? Im not really sure. We have everything from a generator to the jaws. Not really set on water rescue equipment due to the fact of being about an hour away from water. But anymore information about this apparatus, I would love to know more about it.

We run a heavy rescue and an engine. On the rescue we have an Amkus ultimate system with two cutters and a spreader off of the driver side and a cutter and spreader on the passenger side. we also have two rams with various attachments. Our rescue is also a certified QRS and contains medical gear and all of our equipment for fires, water rescue, and rope rescue. It also has a light tower. Our engine carries a portable power plant for a combi tool as well as some cribbing. 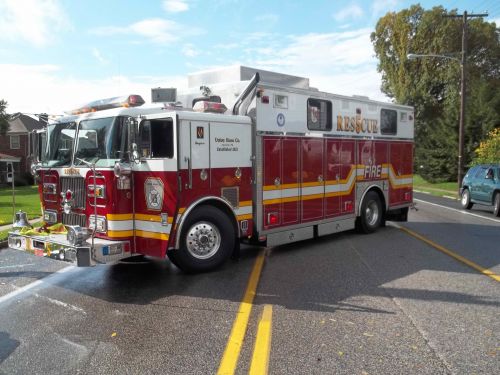 One thing I forgot to say. Most of our heavy squad companies also run rescue engines which have tools similar to the squad trucks. These engine run back up to the squad or replace the squad if the squad is in for repairs. Some stations also have paramedic engines.

Permalink Reply by Chaas (smack happy) Thompson on May 2, 2013 at 9:13pm
My company has a rescue/squad. If its a bad MVA we send our tower truck. We have 1 pair of spreaders and 3 cutters