I ran my half marathon on Sunday (Father's Day) in Lake Placid to raise funds for the Leukemia and Lymphoma Society.


The dawn saw the start to a beautiful day in Lake Placid. After a restless night of tossing and turning the night before....I finally popped half a Lunesta (too much adrenaline, too much overthinking my run strategy, too worried about missing my wakeup call....etc.etc.) and slept like the dead...so at 5:30 I was wide awake and ready to go. I crawled out of bed in my ridiculously posh hotel room (I'm not sure how we managed to score these rooms, but wow...) and got ready to gear up and head out.

We all met in the lobby and walked the half mile to the Olympic Oval--there were only 100 runners or so and a smattering of observers there at that point ...but there was still an hour to go before gun time. We paced, we stretched, we drank water (it had gone from pleasantly cool to "I'm starting to get nervous about the temperature" warm in 30 minutes), we paced some more, checked and retied shoelaces, fastened on our race numbers, tied on the timing chip. Basically it was a lot of waiting around, which is bad when you have a large number of nervous people penned up in a confined space. Lots of "Excuuuuuuse me" and "Hey! That's my foot!" and "Watch it!" going on....

Next thing I knew it was T- ten minutes to race start and all 1600 runners took to the street to line up. It was an amazing sight to see so many purple Leukemia Team in Training shirts....the Upstate NY (my) Chapter had 100 runners, Central New York and Rhode Island each brought almost 100 runners, and there was a small contingency from Western NY.

The National Anthem finished, we heard the gun, and set out. There's a misconception that you start running immediately after the gun. Not so, not with that many people....you have to shuffle, shuffle, shuffle until you can get clear of the crowd to get some running room. A well-placed elbow (not hard, I'm not a complete jerk) will usually motivate the slow pokes who are blocking the tunnel to move out of the way.

Mile 1-3 was cake....we looped around Mirror Lake and headed downhill out of town onto Route 73. I felt great, it wasn't too hot, my shoes felt good, and I was really feeling on top of my game.

Mile 4-6--still mostly downhill (keep in mind that this is one big loop--so for any of you thinking "what the hell? That's not a hard race! It's all downhill" think again---what we ran down we were going to have to run UP after 11 miles)--still doing good

Mile 6-9--The Sahara Desert: This is the two mile out and two mile back stretch of River Road with NO shade of any kind and what the race organizers refer to as " a few gently rolling hills". Gently rolling my ASS....they're steep, and there are a TON of them. The sun is blazing down mercilessly, and we're pouring more water on ourselves at the water stops than we're actually drinking. It's hot, we're tired, and we still have a ways to go...but I'm still feeling pretty zippy and thinking that I might set a personal course record....and then Maureen hit the wall. Badly. We were cruising up a hill and she stopped dead and snarled "I need to walk right NOW" at me (that's usually my job, getting bitchy on the course)--so we walked, she had a gel, we walked some more, and then we started running again. 1/4 mile later she needed to walk again and that's pretty much how the rest of the race went.

She kept telling me to go on without her, but you don't abandon your running partner because you want to better your time. You just don't. So I stayed with her and we headed up the monster hill back into town. (In fairness, I started swearing like a truck driver during the last hill climb to the switchback that leads back to the Oval. It's almost 85 degrees out and the hill is almost a 90 degree angle. It's ugly, and I dropped enough f-bombs and mother-effers and c**k-suckers to make George Carlin blush)--

We hit the oval and I prod Maureen into running it in....we sprint to the finish and join our teammates in cheering everyone else in. I'm guzzling water like I've never seen the stuff before, and then realize it's a long walk back to the hotel, so I opt to use one of the port-o-potties (ugh--yuck) to take care of bizness.

I was juggling my mp3 player in one hand, my camera and sunglasses in the other, and a bottle of water. I stood up (or attempted to) and the ENTIRE ROW of "potties" rocked forward and then back about two feet in each direction to the point that I almost got knocked off my feet (and off your feet in a port-o-pottie is not someplace you EVER want to be)--I lurched one way then the other, struggling mightily to keep my balance, and then CLICK, FLASH....my camera goes off.

I finally get everything under control and step out to see a fellow runner (male, and attractive of course, because that's the story of my life) standing there looking at me kind of funny...so I immediately look down to make sure I'm not carrying any party streamers on the bottom of my shoes and he says "Did you just take a photo in the potty?". I looked him in the eye and said "well, not on purpose" and left it at that and walked away.

And here's the evidence: 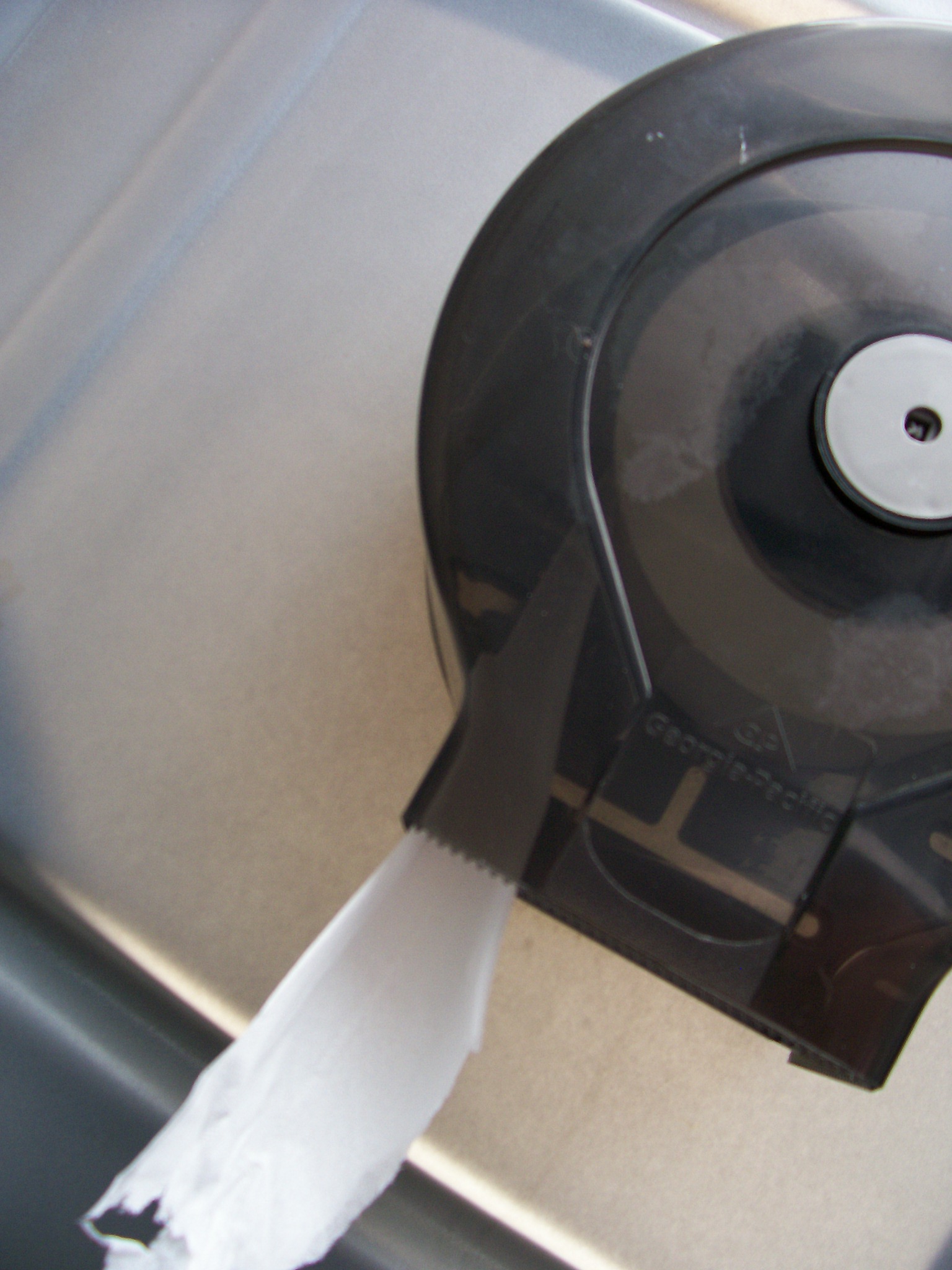 Then the Team hit the pool and the lake for a few hours and a few beers, then dinner with a few more beers, then it was Sodom and Gomorrah Time at the Cottage and Zig Zags for Many, Many, "We've Been Overserved" Beers, and then shots, and then everything got a little fuzzy after that. What happens in Lake Placid and whether it should stay in Lake Placid is anyone's guess after the second shot of tequila.

Thanks for doing the hard part. It is a rare moment when you meet a truly good person... even with the mother effers... etc. It is clearly evident you are that person.

Comment by Kristy Oxholm on June 18, 2008 at 4:16pm
Awesome job! Glad to hear you survived the port-o-let. I figure that you were in good shape to survive the run, but a plastic temporary potty is always a wild card!!!

Comment by Art "ChiefReason" Goodrich on June 18, 2008 at 1:00pm
Mel:
I hope you checked your shoes at the door to your motel room. The stuff they put in those johns will melt the soles off of your shoes and spontaneously combust carpet.
Did I ever tell you that I worked for a company that made the trucks that sucked out portajohns? True story. Called them Turd suckers. Officially, they were called "vacuum induction systems".
I like your spunk. I admire your loyalty to your co-runner and friend. I respect your dedication to your cause.
Though I can't run because of the proesthetic knees, I could possibly do a bike race.
Naw; I'll play golf instead.
You know; I have been around when a porty "fell over". Straight line wind, I believe.
Email me. It's been awhile.
TCSS.
Art

Comment by Engineco913 on June 17, 2008 at 9:18pm
Mel, congratulations on finishing with a great time in the marathon and Still being friend enough to not abandon a friend. I am glad that although I personally couldn't run a 5 mile marathon that I could be part of a team (of villinous kidnappers) who could help you raise the funds to support your fund raising. You are truely a remarkable woman, don't ever change who you are for anyone.
Your Friend,
Mike 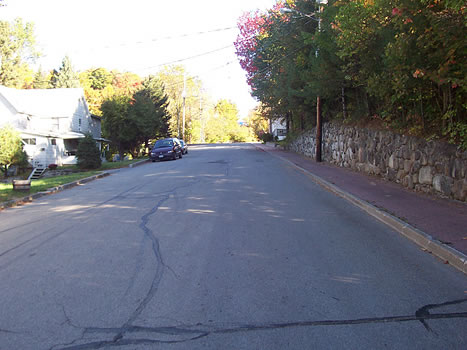 I can feel the legs burning in this one.