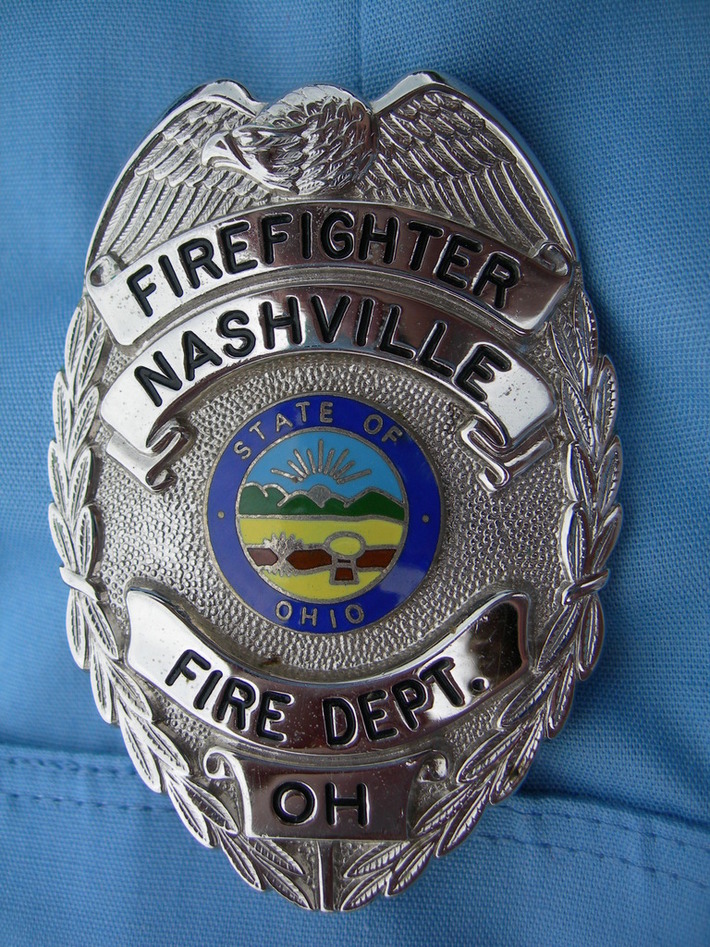 Other Past or Current Departments and Organizations
Coshocton County EMS - Paramedic

Why I Joined Fire/EMS
I felt there was a need in my area for volunteers to be available for fire and ems work. After going through 36 hour class and my EMT-B, I can't imagine doing anything else. I'm currently a Paramedic, and just graduated from the Ohio Fire Acadamy with my 240 Fire Card.

Why I Love Fire/EMS
This isn't a job... it's an adventure.

Top Issues Facing Responders:
Getting to the scene safely, providing the best, most professional care possible, and keeping up with new ideas/techniques.

"The ONLY job we have in the fire service is to GO HOME. We may have to fight fire, run EMS and train a lot in order to go home, but that doesn't change our ultimate job."

Definition of Insanity: "Doing the same things over and over again and expecting a different result."

"Lead by example: YOURS."

"Listen with your ears, not your mouth."

"If you think you're going to wait for the fire scene to get on the job training, you're an accident waiting to happen."

"Make sure you arrive on the scene to do the job they called YOU to do!"

"SMOKE will kill you, fire won't."

"Carry your load on your shoulder, not a chip."

"Share the work. Accept the blame. Give away the credit."

"You have 2 ears that open and 1 mouth that closes and that should tell you something!"

Failure to prepare is preparing for failure.

There is no greater challenge, no greater satisfaction, and no greater reward than to have your actions result in the continuation of another persons life even if it requires the ultimate sacrifice.

It is better to be prepared and not needed... than to be needed and not prepared.

COURAGE: physical courage comes easy to us, but moral courage teaches us lessons for a lifetime.

Tolerance is free. Respect is EARNED.

Professionalism: it's not the job you do. It's how you DO the job.

Committment: to fight when others fold, pursue while others retreat, conquer while others quit and make right when all else is wrong.

If you lack courage to start, you're already finished.

Small minds dwell on who is in charge.

The disease of ME produces the failure of US.

Demand the best in yourself.

It makes little sense to get half way to the hosptial real fast.

The will of the mind to finish what the heart has started long after the mood in which the promise was made has ended.

Every call is the most important call you've been on.

Your attitude is always on display.

Failure is as much a part of life as success.

Your failure to plan does not constitute and emergency on my part.

High speed lead poisoning: What happens if you get shot on scene.

Man who says it can't be done should not interrupt man who is doing.

johannes jacobus Barnard said…
Hi Brittany I must say bravo to you. every word you said is so true and no-one could ever say it better. I am a firefighter here in South Africa and would love it to swop your patch with mine. Have a super weekend JJ

Nick said…
thanks you too!

tito said…
I invite you to join the group Firefighters Argentinos and participate in the discussions Chau! a big hug

Clark Schwenke said…
hello brittany, how are things? good to have you back on the truck again, hope the 24's aren't workin you over too bad. see you on wednesday morning.

Chief622 said…
Glad to see you have that done. We proly have some time before go over them. Went and order the new name plates today for the lockers and got the paint last week. Soon we will have what looks to be a remodeled truck bay.

Brian said…
Hey Brittany. I know you will do just fine on your test. Just don't double guess yourself. Did you find the sheet you need to fill out for the FD? I gotta go, take it easy. TTYL!