Do you believe there is or should be an understood code of ethics that should guides firefighters both on and off duty. Should disciplinary actions be taken in incidents where a firefighter’s behavior off duty does not fall within this code of ethics and ought to have been known to be an unacceptable behavior for a firefighter on or off duty?

If you believe that there is an understood or should be an understood code of ethics that should guide firefighter both off and on duty what would it be.

What would you do in a situation where a firefighter is charged with a criminal activity which does not directly relate to the fire service and was not committed while on duty  such as theft or assault ? Should what happens off duty be left out of the service? or should it be dealt with internally

Should Firefighters be held to a higher standard because of the position they serve?

Permalink Reply by Sparky3317 on November 5, 2010 at 12:25pm
First off, if you get arrested for anything you can bet most of the time your chief or someone on your department will find out depending on where/when and who is with you when the incident happens.

And I think it all depends on the situation. I mean if you get arrested off duty in most instances it can reflect your on fire career, for instance dui's can and possibly will end your career or it may keep you from furthering your career into a full time position.

But if your out with some buddies having a good time I dont see the big deal.... Just dont be wearing your department tshirts when your out.

We are held to an unspoken code of conduct and ethics by society because we are the ones who are suppose to help and protect the community during their worst of times. So if someone in the community hears or sees an incident occur involving an off duty firefighter you can bet that it is going to tarnish their view of firefighters. This doesnt hurt you just as a firefighter but it can hurt your department, your fellow brothers and sisters and the fire service.

So its just common sense keep your nose clean and dont do anything in a department tshirt.

Permalink Reply by Gregory Borg on November 5, 2010 at 1:18pm
They are only "understood" if they are written down.

Permalink Reply by Jack/dt on November 5, 2010 at 1:39pm
SUPERHERO CODE OF CONDUCT
Real Name / Superhero Name
I,__________________________________ will act responsible to serve the community, protect innocent bystanders, further the knowledge of science, and ensure the rights of all to liberty, equality and justice. I will never allow personal friendships to influence superhuman conduct. I will not accept money to use my superhero powers. I will always be on time to superhero & city meetings._______ 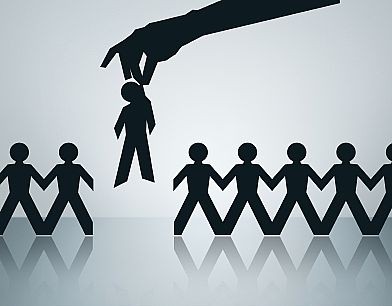 If you belong to a club, chances are that based on who you know, you can pretty much get away with whatever you want... If you belong to a fire department, whether volunteer or paid, you become part of something bigger than just yourself that includes public expectations considering often times, it's the "public" you are serving and not one another.

There are rules in life that we all have to follow but firefighters have to atone to a different set of standards that are much higher than anyone else's. Why? Let me ask you one simple question... When you respond to someone's home, and keep in mind that these incidents often times involve people being in a compromised state, where they have to depend on someone, (you and me), to help make their problems go away, do you really want them worrying that you are going to steal from them, get into a fight or raid their pantry?

Having the perspective that your department has anything less than zero tolerance means that you cannot really be trusted by the public. It's an image thing and just because someone was selfish, doing things that are not consistent with the ethical standards that quite frankly don't have to be written down to make any sense to a reasonable competent person.

There is a reason why people never give it a thought to check their refrigerator after the fire department leaves from a medical call or fire... Why? It would never cross the mind of a tax payer that we would raid their refrigerator because we are expected to be the good guys and gals that come to their aid in times of need. If you tolerate on or off duty behavior that you and I both know are dead wrong, then you are jeopardizing the public's trust. Don't go there Chief.

Sometimes, it's good to just see what you are asking about in writing...

Should a firefighter, on or off duty, behave ethically?

Should the fire department ignore inappropriate behavior which includes comments, actions or things that a reasonable person would find offensive?

The obvious answer to these questions is... 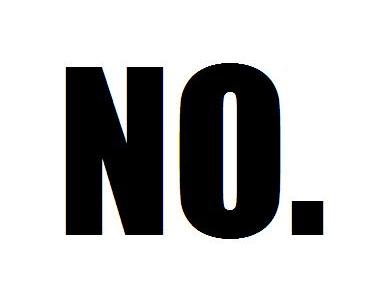 Permalink Reply by Brad MacMillan on November 5, 2010 at 4:12pm
Well said Capt. I agree wholeheartedly with what you just said. Whether you're on duty or off duty, don't be stupid. If you are charged with something, why should you get away with the department ignoring it? These are the consequences to your actions. You should be behaving in a manner conducive to a healthy relationship with people anyways, so what should change from off duty to on duty? Nothing, that's one reason why you should have been hired, because you have that unwritten code of conduct and ethics engrained in your brain already. So, should a firefighter on or off duty behave ethically? Yes. To your other questions, not a snowball's chance in a firestorm.

Permalink Reply by Jack/dt on November 5, 2010 at 4:30pm
I'm confused, is this discussion about obeying the law on and off duty or is it about some "perceived" higher moral code/standard? If it's the former, I fully agree, but if it's the latter, I really would like to see what exactly it is that people think is 'acceptable' and 'unacceptable' behavior off duty. Are some here trying to enact their moral code on everyone else? Just curious...

Permalink Reply by Brad MacMillan on November 5, 2010 at 4:34pm
I believe it's about the perceived higher moral code/standard, but disobeying the law off duty, should have repercussions on duty as we are a public service. The Chiefs, law-makers and political higher-ups have a code-of-ethics to follow, as they are a public service as well. Remember it's the public that perceives how we are, and whether off duty or on duty, if they know or find out we're a firefighter, they don't care if it was on duty or not. They just know it was a firefighter.

Permalink Reply by Roger Neal on November 5, 2010 at 4:43pm
Chief,
Great questions. Ethics can't be turned on and off. Directly to your questions regarding criminal activity off duty... how can you assure your members and citizens that the individual will not conduct criminal activity on duty? You can't, so, IMHO, there should be a no tolerance stance. The offender has broken your trust, the crew's trust and the citizen's trust. It is a privledge to be a member of the Fire Services, not a right. There are plenty of good folks who would love the chance to serve. Get rid of thugs, druggies, bigotted people, and criminals.

All members of the fire services are held in a high level of trust by our citizens. Not only do they not check their refrigerator after the crew leaves, the citizens also don't have to check the jewlery drawer, the gun collection, or for the ipod. In the eyes of the citizens, they don't understand the difference between your department and your neighbors. A good point was made by one of the other responders about not wearing the FD t-shirt if you are going to be 'having fun." As an example, while in Chicago for FRI, I stoped in a CFD station and bought a CFD hat. Two blocks later while walking back to the hotel, some tourists stopped me asking for directions. Boy did they look stunned when I told them I wasn't from Chicago. In the eyes of the citizens it is the fire department, on AND off duty. Being "professional (regardless of if you get paid or not) means accepting a higher level of behavior than the ordinary citizen.

Permalink Reply by Brad MacMillan on November 5, 2010 at 4:52pm
Why does it have to be a higher standard? Why aren't we just setting the bar for the standard period? We are all human, and make mistakes, but this moral code/standard should include things like not taking inappropriate photos/videos at a scene. The only reason we take photos to start with is for training. What kind of training includes looking at a deceased person at a scene.

We're going in at someone's moment of need while they are at their worst, and we should be sympathetic, empathetic, and helpful to their plight. Not rude, sadistic, immoral and laughing at them. How would it feel to have a firefighter respond to an accident and laugh or point out your misfortune to everyone just because you're having more of a rough time than them? Though times have changed, our community perception should stay the same. There was a national study done in Canada where firefighters were the number one most trusted profession. With lawyers and politicians last and second last respectively. Why do you think that is? Because we have always lived by that unwritten code/standard. The problem is, is that nowadays, people only listen if it's in writing because people come from many backgrounds.

I'm not saying I'm right, but that's my view of the matter. We will all have various degrees and views of all matters.

Permalink Reply by Jack/dt on November 5, 2010 at 5:10pm
I'm not disagreeing with anyone here on the criminal aspect nor behavior while wearing FD clothing. Nor would I ever suggest that rude or sadistic behavior be tolerated, nor would it be from any public servant or customer service. And these are things that can easily be encapsulated in a "code of ethics" for anyone, including firefighters.

But there continues to be references to a higher level of behavior, moral code/standard but without any bother of explanation. As I've pointed out previously, are we attempting to impose personal moral standards and codes on everyone else? Why would a firefighter who posted a nude picture of himself on a website be of any concern to anyone else? So long as it was legal, it should be fine. So what codes/standards/behavior are we talking about?