I'm Joe Nobody, from Nowhere. I'm a high school graduate, no college.
I get so tired of carelessness.
I've decided to rant about carelessness in print. If you don't like what I have to say, and you think it's perfectly acceptable to litter posts with misspelled words, horribly improper grammar, lack of punctuation, start your own thread. This is my personal appeal to clean things up.
I get a headache from trying to figure out what someone means, when "there" is used instead of, "they're", or, "their". Maybe it's a minor point to you, but I have to stop and decipher what's been printed. The problem is only getting worse, as it seems that no one cares.

Spellcheck is your friend. Please, use it.
Please, learn the differences between "your" and, "you're", "there", "their" and "they're".
"Two", "to" and, "too": please learn the use of each.
"Etc." is the abbreviation for, "et cetera", which means, "and so forth". It's Latin. I don't know what, "ect" is.
It's, "used to", as in, "I used to have no trouble reading the printed word."
The apostrophe has its uses, but please learn where it's used and where it's not.
It's properly used to denote possession, such as, "Gary's" or, "Pat's". It's not necessary in words that already denote possession, such as, "hers", "ours", "his" or "theirs".
It's unnecessary, and even confusing, when used in words that are plural, but are not possessive, such as, "truck's", or "pike pole's". I don't know who started that.
It's also used in contractions, such as, "it's" which is the contraction of, "it is".

Typographical errors are one thing. Blatant spelling errors that have become far too common have just become a sign that we've become lazy, and that bothers me.

I'll be blunt. When I read a post that is full of common errors, I form an impression that it was written by a dummy, or someone who is just too lazy and careless to take the time to learn the language we use every day. Some posts are so bad that I skip past them. I'd be willing to bet that there are others who have the same reaction.

C'mon folks, let's clean it up, please.
Thank you.

Permalink Reply by carl hockett on January 25, 2011 at 10:48am
I have only one thing to say, and you just said it for me. Unfortunately it is'nt just on posts. I have noticed lately that the misuse of "there" is sneaking into news reports, and even official documents.

Permalink Reply by joemac on January 25, 2011 at 10:52am
Thank you.
Oh, it's certainly not just posts. I have a hard time reading nearly anything without something jumping off the page at me. I'm not even looking for them. My wife says I should be a proofreader. Maybe i should learn how to speed-read. Then, maybe it won't be so noticeable. 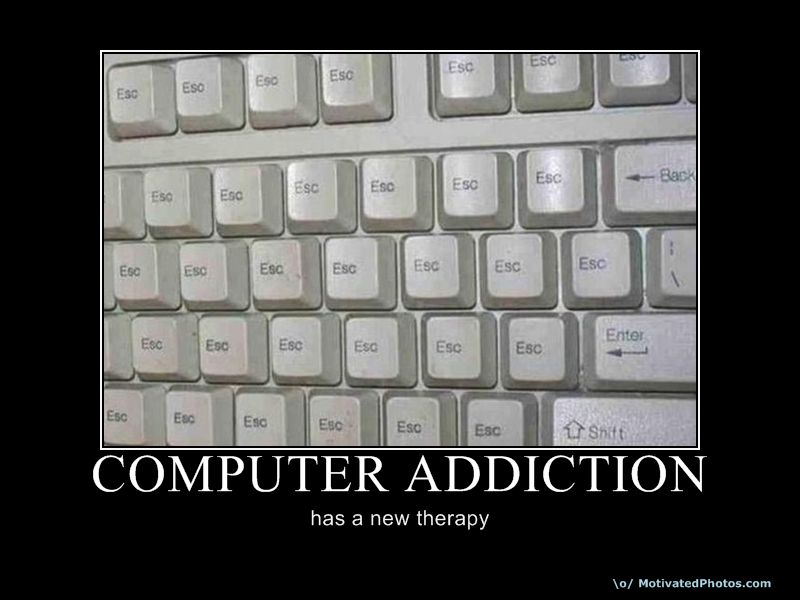 The cynical side of me says: Maybe it's not a spelling mistake but accidentally pushing the wrong key on the computer key board for some? Folks could solve a lot of spelling problems if they got one of these updated key boards and would be able to share pretty much the same content and quality.

You post points out that folks no longer seem to have the ability to clearly communicate their thoughts, use appropriate spelling and actually have something salient to say... yea right. I think the key issue is the lack of thought process, effort or purpose for many of the posts here on the FFN. Check out the history on posted discussions and make note that nonsensical posts by far outweigh the posts that have content, purpose or value as a training tool that seem to be like an old book, just sitting on a shelf gathering dust.

Permalink Reply by Michael Meadows on January 25, 2011 at 12:45pm
I find a lot of time it's people who use text messaging a lot. I hate getting text messages on my cell phone because then I have to try to decipher it and it takes me forever to do it. Unfortunatly it's becoming the norm around here and on other social networking sites and there's nothing we can do about it. I usually just skip the posts and comments that I can't make out because most of the time they really add nothing to the conversation.

Permalink Reply by David Earl Gregory on January 25, 2011 at 1:57pm
GRRRRRRRRRR!!! Me too. "PHONES" were invented for speaking, NOT writing. You wanna talk to me, you've got my number, CALL me!! It's takes less time to dial 7 digits than it does to type out all the BS and we have the added advantage of vocal inflection and volume which is indicative of your temperament, mood, etc.

Another pet peeve of mine on internet discussion groups is the folks that refuse to, or don't bother with capitalization. Example: i was going to wal mart to get some pepsi and then i decided i would go to the shell station and get gas in my chevy. AAARRRRGGGGGHHHHHHHHHH!!!!!! Are you that damn lazy or just plain stupid????

Permalink Reply by Norm Tindell on January 25, 2011 at 8:05pm
My pet peeve has become the complete lack of punctuation, allowing sentences to run together. I believe the use of the period is still taught in the first or second grade.

Permalink Reply by Brian Dumser on January 25, 2011 at 8:20pm
Thank you! I've been ranting for some time about how the phone was invented so we wouldn't have to write letters, but now we write letters over the phone! WTF!

Permalink Reply by Charlie Hisserich on January 25, 2011 at 8:28pm
It's nice to hear someone shares the same frustration with grammar and punctuation as I do. It's a sad commentary on the state of our educational system, to a degree, as well as a sign of people's dependence/addiction to texting, twittering, messaging, etc. I was on another F.D. related blog and got so entirely frustrated with the misspelling and/or improper use of the "Their", "There" and "They're" that I had to post the following; "They're going to be very happy with their new fire station being built over there". SpellCheck is only one tool to use. Getting the spelling correct for a word used in the wrong context is still wrong. I read an article in a major daily newspaper that said the "breaks" on the truck failed. This was done three times in the article and not once was the word "brakes" used.
I'm sure there are a number of people who will say it's "no big deal" but don't forget, any form, report, etc. that you create throughout your fire service career, is a public record and subject to subpoena in court. There have been murder cases thrown out because of misspellings or misplaced commas. Correct spelling and grammar IS important.

Permalink Reply by Brian Dumser on January 25, 2011 at 9:00pm
I've found mistakes like that in our local paper. I've often thought about seeking a part time job there as a proof reader. LOL

Permalink Reply by Oldman on January 25, 2011 at 9:19pm
The problem in my opinion is not texting, cell phones, or any other electronic gadget. I see the problem as one of instruction. People just didn't have the right teacher.

Maybe this video can help explain.