Dealing With the Things We See

I haven't been to alot of really bad scenes, in fact it has been a few years since I have seen anything really bad. So I was wondering if anyone had any advice as to how to deal with what was scene today.

Permalink Reply by Joe Workman on February 26, 2010 at 7:30pm
Thanks Chief, this was a mva, car vs. semi on I-80 here n IL today, I got called to the scene after the patient had been removed and sent to the hospital for treatment. For this particular scene I was there as towtruck driver not ff, but still was curious because I know the time will come when I will be there helping the patient as well

Permalink Reply by Bill Anderson on February 26, 2010 at 11:09pm
We ran this one last year. Drunk in a Nissan pickup crossed the median and landed on the car. Killed a woman and her 8 year old grand son. Not a pretty sight in the car. First time in 30 years I got nauseated on scene. Drunk's actions didn't help either. We tried talking about it. Two of the guys had trouble sleeping, I thought I was OK. Chief called a CISD team. We talked about the whole call and let out a lot of feelings. Found out I wasn't taking it too good. Talking it out helped. The other two went to the funerals. Helped them and the family.

Main thing is, talk about it. Even if you talk to you cat. Talking helps. Don't bottle it up. That's the worst thing you can do. It'll eat on you forever. Find an outlet somewhere.

Permalink Reply by Brian Mackie on February 27, 2010 at 12:01am
Joe
Just by coming here and asking that question, is a very good first step. There are many very very good people on this site, that are more than willing to help. The Chief, and Ralph are prime examples of the calibre of people you will find here, and through out the emergency services. To me, thats the best part of the brotherhood. Having people who have been there, and know what you are dealing with, and are willing to offer their knowledge. Never hesitate to ask them. One thing that I never do, is take pictures of the scene or the vehicles involved in fatal crashes. I have no need to see them, and I certainly would not want to show them to my family or friends, so there is really no need to have them. Maybe thats just me, but having them easily accessible would, in my mind just keep it all fresh.
Good luck Joe. Stay safe k

Permalink Reply by Ben "Batman" Barry on February 27, 2010 at 12:04am
As a medic once told me, you got to talk to someone. Who ever you feel is necessary. Otherwise only you decide how stuff helps.

Permalink Reply by Mike Cox on February 27, 2010 at 10:27am
I think what helps me the most is knowing that it wasn't my fault. I try to always keep this in my head when we respond to any situation not just the bad ones. You are there to help given what ever talents you may have.

There are many things you can do to deal with this but the last you want to do is bottle it up. Our 'bottles' are only so big and if we keep trying to stuff things into it eventually the bottle will break and things come out worse. Talk to someone. Be it a professional, trusted friend, your dog whatever just get it out. There are friends among you to help.

Permalink Reply by Spanner 122 on February 27, 2010 at 3:05pm
One thing to always remember, you did not hurt them, you did not make them sick, you did not set the fire, you are simply there to make the situation better, or at very least, stop it from getting worse.
I agree, personalizing incidents can be very hard on a person. Sometimes you can't help it because the person(s) remind you of family or friends or a past situation. If you need to, get it out, talk to coworkers, ask for a CISM (if you have a CISM team), work through it so it doesn't haunt you.
I've seen some things that I wish I hadn't seen, but at the same time, I was happy to be there to help, and happy to be there to at least offer a gentle hand in a person's last moments.

Dealing with things that are bad are in a sense the stark reality of our job. It's the essence of what we do. And this is why we train, train, train. We train for all of those worst case scenarios to prepare us to deal with successfully mitigating the incident. Every time you respond to an incident, you are developing your own custom power point presentation / slide program in your head. This is called experience. The longer you do this job, the more you see and do. This will help you prepare for those worse case scenarios that have a habit of popping up once in awhile.

Note: This kid was driving a Mercedez Benz. We arrived on scene and were met by a very well dressed couple. Who simply stated that there son was trapped in the car. You would have never known that they were in the car with him... After a 30-minute vehicle extrication, this kid was transported to the ER, where he was released 90-minutes later, with no injuries. He played water polo the next day... and his folks got a new car. Not everything turns out to be a bad thing...

Key Point: You also better learn how to develop you sense of humor. If you don't, then you won't be able to de-stress yourself after the bad "bone and hair" calls. And if you can't learn how to chill, well... I hate to be the one to break it to you, but this could be you...

So you better train and keep a sense of humor...

Train as if you life depends on it, because it does!

Permalink Reply by larry jenkins on February 28, 2010 at 8:54am
Joe,
I worked on a heavy rescue for almost 20 years and have been on trucks and engines for the other 16. I have seen many scenes like this. Just remember something. We always feel good when we go there and make a save. When the occupacts are DOA, you did't fail. There was nothing we could do to make the outcome different. When you can't make a difference it seems like failure, but it's not. Try to make it a learning expierence. Ask your self, what would we do it someone was alive in there? Go back to the station and talk it over with the senior guys. If they make light of the situation or joke, it's a way of dealing. Good luck

Permalink Reply by Joe Workman on February 28, 2010 at 2:48pm
Thank you all very much, I have talked about this scene alot after reading all of your responses. It has helped tremendously, I will continue to follow the advice of those who offer, it has been very helpful and I can't thank you guys enough..(even the warped ones..lol..)


on a side note....my Mod B final for the state is tomorrow, for those that have helped me and know what 'm gpin through, I'll let ya know how I did as soon as I know, I know I forgot to let you know about Mod A...I got 86 out of 97 correst on that one

Permalink Reply by Mike Cox on February 28, 2010 at 3:21pm
Yeah copy that. We had a young girl code (known drug user) awhile back and the medic who worked her left his shift early and found his bottle. Not sure how he is doing now as I have moved on but I remember thinking, no way would that be me.

That bottle is only a temporary solution. The real issue is still there.

Best to talk it out.

If, and I use the word "if" very tentatively... that you might be talking about me, then I sit here wondering why on earth you would find me to be warped in anyway... me? a warped sense of humor? hmmm... maybe, maybe not, you be the judge... 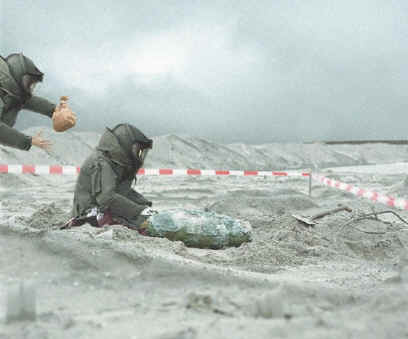 Permalink Reply by Joe Workman on February 28, 2010 at 8:24pm
LOL... Chief, I have read enough of your posts to tell that you indeed have a warped sense of humor, not that that is a bad thing, think about it, if we all understand your jokes then what does that say about us