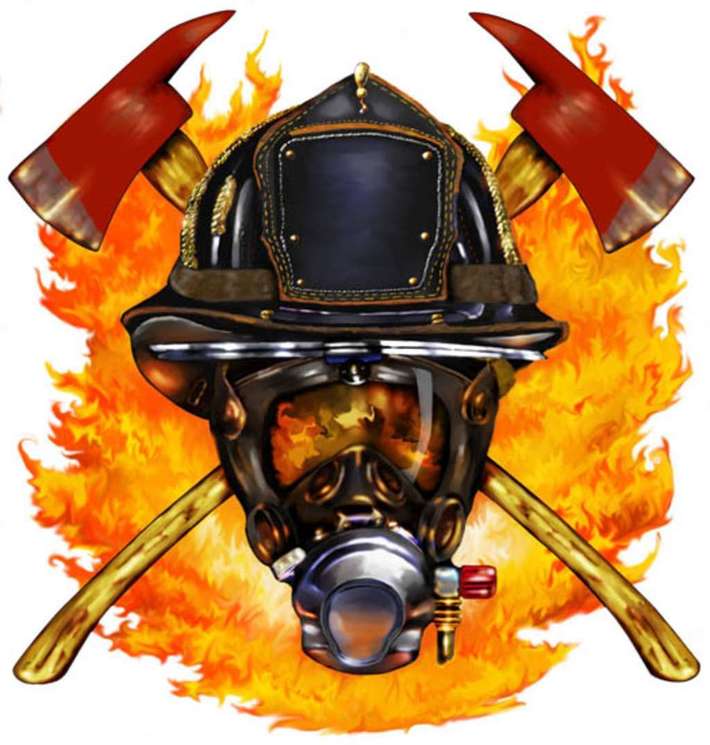 Why I Joined Fire/EMS
My father was a fireman so its been something I've always wanted to do. I guess you could say it's in my blood.

Why I Love Fire/EMS
saving other people's property and lives and helping them when in need.

When God Made Firefighters

When God was creating firefighters, he was into the sixth day of overtime when an angel appeared and said, "You're doing a lot of extra work on this one."
And the Lord said, "Have you read the specs on this order? A firefighter has to wake up to a fire alarm, go into burning buildings to rescue people and enter areas the normal person wouldn't go.
"He has to be willing to leave his family and put his life on the line, work to exhaustion and beyond and be ready for the next call.
"He has to have a strong commitment to a personal calling that places their lives in jeopardy every day.
He has to be in top physical and mental condition at all times, function on black coffee and half-eaten meals, and have a heart big enough to love members of the 'brotherhood' world-wide, and a unity of purpose."
The angel shook it's head slowly and said, "A heart that big... no way."
"It's not the heart that is causing me problems," said the Lord, "it's the extra hands and eyes a firefighter has to have."
"That has to be on the standard model?" asked the angel.
The Lord nodded. "One pair of eyes that sees the whole situation, another pair that sees what is ahead to be dealt with, a third pair to watch out for his brothers, and another pair here in front that can look reassuringly at an injured victim and say, "You'll be alright," even when he knows it isn't so."
"Lord," said the angel, touching his sleeve, "rest and work on this tomorrow."
"I can't," said the Lord, "I already have a model that can carry a 190 pound victim out of a burning building, has dedicated his life to helping people, and is willing to come to the aid of those threatened by the deadly force of fire."
The angel circled the model of the firefighter very slowly, "Can it think?" the angel asked.
"You bet," said the Lord. "It can tell you the elements of a hundred fires, the victims and rescues, and the importance of fire safety.... and still keep its sense of humor.
"This firefighter also has phenomenal personal control. He can deal with fire scenes painted in hell, coax a trapped person or animal out of a burning building, and still go home and love his family.
"Being a firefighter is one of bravery, loyalty and devotion to public service. He is willing to put his life on the line every day to protect our homes and our loved ones from the devastating effects of fire, and sometimes, the honorable job of saving lives requires many firefighters to pay the ultimate price for their valor in the line of duty."
Finally, the angel ran a finger across the cheek of the firefighter. "There's a leak," the angel pronounced. "I told you that you were trying to put too much in this model."
"That's not a leak," the Lord said, "it's a tear."
"What's the tear for?" asked the angel.
"It's for bottled-up emotions, for fallen comrades, for the victims, and for commitment to that piece of cloth called the American flag."
"You're a genius," said the angel.
The Lord looked somber. "I didn't put it there," he said.

Gregory R Bailey said…
Van ,What a dumg ass today a Greg's Gas Plus. I came by less than a hour did it get towed or when you left did he just drive off maybe. Before you got there he was about to light up a cigar next to the car. Any way good job by ADPS. Greg

Rusty Mancini said…
Thanks brother for the add on.Be safe.

Thanks for the add. How are things in Aiken?

Ben Strickland said…
How's it goin up in Aiken? Were quiet down here.

Chris Filyaw said…
Hey Van , Hope I'll be working with you soon. I'll know when they call me back. I interviewed there a couple weeks ago.