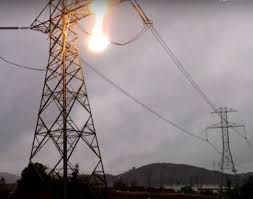 Many of us are pretty damn excited when the dreams of little kids to be firefighters comes to fruition in our usually, young adult lives. We are usually in our late teens or early twenties. We may have had some experience by “buffing” until we were old enough to ride the apparatus. We’ve watched the experienced members do so many tactics, that we feel we’ll know exactly what to do when that special day arrives. As our guest today explains in Part I of his interview, (the first time in our history to create a two-part interview), “we don’t know what we don’t know!”

Providence RI retired Battalion Chief was like so many of the rest of us. He joined his then, on-call department at age 16 and ate up all the knowledge he could. At 18, he was allowed to ride the apparatus and actively participate in drills. On a Saturday morning, he was a “truckee,” participating at an old mill, no longer in operation. The aerial was set against the building at a fourth-floor window. Additionally, out-of-reach, above the aerial, were high-voltage transmission lines with 40,000 volts.

Colleagues had stretched an empty 2-1/2” line up the ladder, but a coupling became lodged between the rungs of the main body and the fly. Young John placed his tools down and raised his hand to signal his comrades to stop pulling on the hose. As he did, he was caught in an induction zone of the lines, allowing an estimated 14,000 volts to course in and then out of his body, changing his life in the blink of an eye.

Join us, for this gritty, enthralling and emotional story about one of America’s truly bravest, on Part 1 of our interview with Chief John Cagno, on our website, www.dalmatianproductions.tv or on iTunes, Google Play or Spotify!