Under Attack: The fire service should implement policies & training for response to violent incidents


Firefighter Life Safety Initiative #12:National protocols for response to violent incidents should be developed and championed.

There was a time in the not-too-distant past when firefighters and first responders were viewed as heroes, and the thought of attacking the very people that were called to help in an emergency would have been unthinkable. That was then and this is now; as Bob Dylan said, “The times they are a-changin’.”

Today, the problem of violence against firefighters is all too real, as is the fact that we’re not equipping firefighters with the tools they need to respond safely to violent incidents. Indeed, the fire service leaders who developed the 16 Firefighter Life Safety Initiatives in 2004 saw this problem as important enough to make it one of the initiatives.

Let’s take a closer look at the issue of violence against fire and EMS personnel and what we might be able to do about it. 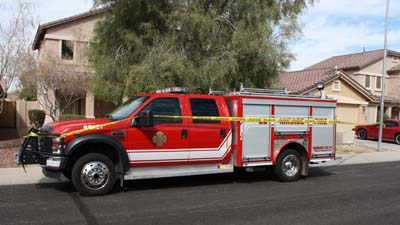 Fire and EMS calls turn violent more often than we acknowledge. Firefighters need guidelines on how to react to violent incidents and how to recognize warning signs of incidents about to turn violent.

A Real Problem
Violence against firefighters and first responders is like the elephant in the room: Everyone knows about it but no one talks about it. Just ask any firefighter or EMT and they’ll have a story about an incident that happened to them or a colleague.

Hard data is difficult to come by because many of the incidents aren’t reported—which is part of the problem. Some surveys and studies, however, do shine light on the problem. Consider these statistics:

Such numbers put to rest any argument that the problem of violence in the fire service isn’t serious.

Reasons for Violence
Over the years, I’ve formed or read several different theories as to why people attack firefighters and EMS workers.

One theory is that there is an increased use in mind-altering drugs, causing paranoia. Another is that there’s an increased number of “functional” mentally ill patients being released from treatment facilities without follow-up care, and such individuals lack coping skills needed for our highly stressful economic climate (Page, 2000).

Another theory is the increasingly wider gap between the wealthy and the poorest of classes of society. This disparity of income levels and the rising cost of goods create higher levels of frustration.

Additionally, many people in the United States today are frustrated because they cannot afford heath insurance or their medications, so they’re forced to call 911 for their medical needs. It’s conceivable that their frustration carries over and sometimes is brought to bear on the closest symbol of authority or government representative at the moment: the firefighter.

Addressing the Problem
The late James O. Page posed a pertinent question in his article “Unfinished Business” in the December 2000 issue of FireRescue magazine. Page asked, “Should firefighters be disciplined if we don’t like the way they handle violent patients? It’s like telling firefighters to enter a burning building, but failing to provide them with the necessary equipment or training—then punishing them when we don’t like the way they perform.”

Ten years later, that question is still pertinent. Have we equipped our members with the knowledge and skills to deal with these violent incidents or are we allowing our members to freelance and do whatever they think is appropriate?

The results of the NFA survey demonstrated that as a whole, the fire service is doing very little to address the issue of violence against firefighters and first responders. Of the managers/chiefs that responded to the 2006 survey, 60 percent stated that their departments did not have a written policy on how to handle violent situations. When asked if they had a policy on how to handle violent patients, family members or bystanders, 71 percent of the respondents answered “no.” This is particularly disturbing in light of the OSHA regulation that all employers have a general duty to provide their employees with a workplace free from recognized hazards likely to cause death or serious physical harm. Employers can be cited for violating the General Duty Clause if there is a recognized hazard of workplace violence in their establishments and they do nothing to prevent or abate it (OSHA, 2004, 3).

The solution starts with developing standard operating procedures (SOPs) for violent incidents, which many departments already have in place. It’s common, for example, for departments to “stage” and wait for the police department to secure the scene on “known” violent incidents. Although that’s a good first step, what about the calls that sound relatively benign, like fall injuries or unknown medical, but suddenly turn violent when you arrive?

For those calls, we must go a step further, and we can learn a great deal from our brothers and sisters in law enforcement. We need to provide our members with training in a combination of conflict resolution and defensive tactics skills, many of which are simple and easy to implement.

Most defensive tactics involve training and awareness, and some will require changes to our normal operating procedures. Utilizing the information obtained from the research and the surveys, there are several different options that the department could use or at least consider for its members’ protection. They include:

• Provide training in scene size-up, conflict management, approaching the scene, approaching a vehicle, entering a structure, weapons awareness, searching for and confiscation of weapons, self-defense techniques, legal issues surrounding self-defense and the use of force, and cover and concealment techniques.
• In some cases, provide bulletproof or stab-proof vests for all members.
• Provide members with defensive tools such as pepper spray.

Note: Any training around response to violent incidents must also educate personnel that they can’t disregard verbal threats. Every threat has the potential to become a violent act. The only thing separating the two is a matter of seconds.

Wake-Up Call
While it would be wonderful if there were a magic answer to this problem, the only for sure thing is that the problem isn’t going away. The fire service must wake up and address this issue with the same emphasis we give any other hazard on the fireground.

Comment by Jeff Allen on April 29, 2010 at 10:21am
I've been preaching/teaching for years now two very critical things. First, when entering a scene, outside or inside, have one member of the 'crew' come in behind the rest and carefully observe what is going on. The rest of the crew can focus on the job at hand, but keep one member scanning the room/area for anything unusual. The second issue is taught to all police officers; if someone is going to hurt you with a weapon or not, they are usually going to use their hands. So, always pay attention to their hands. If they start an agressive action with their hands, back away; leave if necessary. No need to get paranoid; just a huge need to be aware of your surroundings at all times.

Comment by Firewriter on April 28, 2010 at 3:42pm
Excellent comments Firemedic Rob! Awareness is important, but often those eyes in the backs of our heads are covered with helmets or caps! I like the "graceful" tactical withdrawal! Some day, I would love to see one of those!! :)

Comment by Firemedic Rob on April 28, 2010 at 3:10pm
Unfortunately it is an increasingly frequent event. The Police are so understaffed that they don't have the resources to committ until it hits the fan and you have to transmitt a Mayday (or 10-33).

We developed an OG a few months ago after a simple burning complaint turned into a donnybrook. Nothing is guaranteed so it comes down to good scene assessment, situational awareness and that gut feeling things might go sideways.

Protect yourself and your crew, eyes wide open and have those escape routes planned so we can do a rapid but gracefull tactical withdrawl!

Comment by Firewriter on April 21, 2010 at 1:20pm
Under attack trying to save lives and property ... this is just SO wrong on all fronts! Maybe police should respond on all fire/EMS calls. They can keep an eye out for problems (and assist if needed) while the crews do their jobs.