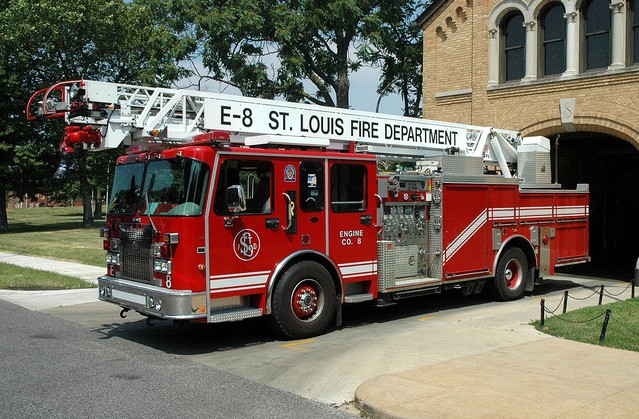 (St. Louis, MO ) - Ever since Neil Svetanics, former Chief of the St. Louis Fire Department, popularized the "Quint Concept" 20 years ago, the nation's fire departments have gone crazy for quints. The concept that some said was a only a passing fad is still claiming new ground.

Admittedly, I'm a big buff, the perennial kid when it comes to firetrucks. But ever since last year's FDIC Exhibit, with its hundreds of apparatus and machines on display, I learned that many fire officers are beginning to question where we're going -- and why.

At issue here is not the motive of fire apparatus manufacturers, the machines they build, nor their cost. After all, firefighting machines are no longer bought off the lot. We design them ourselves -- every nook and cranny -- from the ground up. But the concern for many is that in the year 2012, too much emphasis is placed on rolling stock and not enough on solid tactics.

In Neil Svetanics case, history shows that his original reason for developing the Quint was more an issue of STAFFING rather than MACHINE. When he assumed command of STLFD, members were operating what could best be described as ancient apparatus with bare bones staffing. It was a department in distress, where three-man engines and two-man ladders were the norm. So, the Quint concept was originally born out of a manning deficiency, and for Svetanics the long term plan was to enhance staffing, not limit it.

It was the late 1980's, and the fire service was begging for new ideas to increase efficiency and use existing manpower more effectively. Needless to say, Svetanics and his idea were at the right place at the right time. But some administrators abused Neil's original game plan, and Svetanics had unwittingly provided them with a way to reduce manning, in the guise of some new nationally recognized procedure.

Unfortunately, the "kid" in many of us didn't look beyond the red and chrome of those original LTI 75 footers. In fact, very few of us knew the real reason why St. Louis had initiated the Quint Concept in the first place. Many of us were blinded by the originality of this new fangled machine and the importance of the Truck or Support Company was lost in the smoke.

St. Louis dubbed their new SOP "Flexible Response", a procedure that did away with the traditional notion of Engine and Truck Companies. In essence, Neil Svetanics bucked tradition in a big way, and that's not necessarily all that bad. But in the rush to emulate St. Louis' success, many departments ordered up quintuple rigs without a solid plan as to how they were to be used on the field of streams. And that's my hand you see raised, because I sat on the apparatus committee of my own department, when we recommended the purchase a Quint.

Even after we signed the contract, and the rig was online in Wisconsin, our committee still wasn't sure how the new quints would be used. As an Engine with an aerial device? Or a Ladder with a pump?

Would it be the first responding machine, or the second-out piece? And most importantly, what would be the crew assignments in a volunteer organization where manning on the rig might fluctuate from three (during the day) to eight (at night). 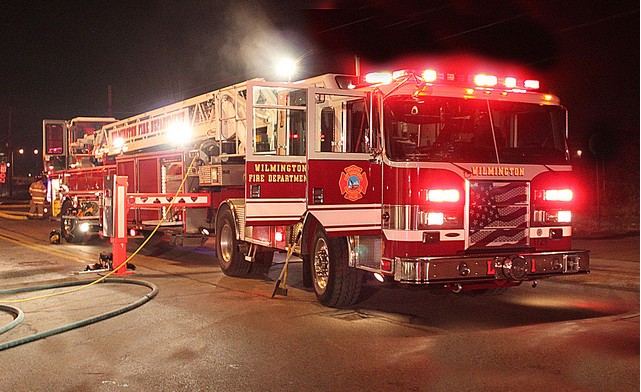 A Return To Basics:

In an article by John Mittendorf, published in Fire-Rescue Magazine, the former LA City Battalion Chief took his exacto knife to flexible response, and cut the Quint concept to shreads. A bold response by a seasoned fire officer to a procedure that he felt was making the fire attack less efficient and more dangerous.

Mittendorf suggested that the introduction of Quint operations caused many company level officers to neglect a very important fireground function - Truck or Support Company operations. Many believe he's right. The Engine Company cannot mount a fire attack, without the coordinated efforts of the Truck or Support Company. And that's where Quint operations fall short. Because as a first responding rig, the emphasis is exclusively on engine work.

So, before we begin making plans to build another Quint, let's step back and examine why Truck Companies were developed in the first place.

Although aerial ladders and towers exist in the fire service worldwide, the "Ladder Company" itself is a concept that is specific to North America. The origin of the Hook and Ladder Co. goes back to the early volunteer brigades of the 1700's. Back then, H&L members were responsible for separating the fuel from the blaze, and in that capacity were often nearest to the fire. Because they carried ground ladders, they were undeniably an integral part of the rescue operation.

While members of the pumper crews worked with the bucket brigades to fill pumps and extinguish the blaze, the Ladder Company performed all other necessary duties. Today, the Ladder Co. still serves much the same purpose, although dozens of generations have refined this multi-purpose job. But no where else in the World is the distinction between Engine and Truck members so clear-cut as it is in the USA and Canada.

As new tools and equipment are introduced, chances are they end up on the Aerial Apparatus. But how many more compartments can we fill? And at what point does the Ladder Apparatus become a burden, rather than an asset?

Examine the American LaFrance Tractor-Drawn aerial of just 25 years ago. Most equipment was carried in open bins and a few lockable compartments. The rig was lightweight, perhaps a GVW of 40,000 lbs, and could be maneuvered easily through streets and roadways. Its cost in 1974, $150,000.

But at $750,000 to $999,000, today's aerial apparatus have become Land Yachts. Most are built with six and eight man cabs, that rarely see more than four firefighters. Add a 1500 gpm pumps and 500 gallons of H2O, plus hoseline, and the NFPA allows us to call them Quints. They are the Carnival Cruise Ships of the fire service, which are used for every type of emergency -- from EMS to nuisance fires.

Many agree with former Battalion Chief John Mittendorf. They insist that the emphasis hould be on the traditional function of the aerial apparatus and its crew. So when the second engine arrives on the fireground, essentially they should abandon their rig and move to the quint, using its tools to perform the vitally important duties of the truck or support company.

Remember -- Even if your department doesn't operate a Ladder apparatus, the Truck Company function still must be addressed. In part two of this series, we'll examine the importance of the Support Company, and how some departments have enhanced their programs with the addition of Squads, Ladder Tenders, and even an old stand-by, the Quad.