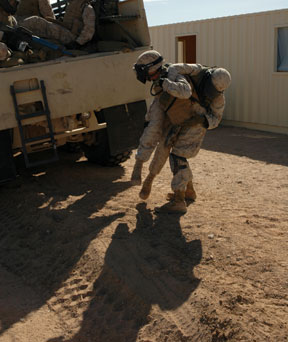 Our alarm goes off, you hit the snooze and sleep for
another 10 minutes.

You put on your anti war/don't support the troops shirt, and go
meet up with your friends.

You make sure you're cell phone is in your pocket.

You talk trash on your "buddies" that aren't with you.

You don't feel like helping out your dad today, so you don't.

You walk down the beach, staring at all the cute guys.

You complain about how hot it is.

You go out to lunch, and complain because the restaurant got your
order wrong.

Your maid makes your bed and washes your clothes.

You go to the mall and get your hair redone.

You are angry because your class ran 5 minutes over.

He is told he will be held an extra 2 months.

You call your boyfriend and set a date for that night.

You hug and kiss your boyfriend, like you do everyday.

You ditch class to go to a movie.

You roll your eyes as a baby cries.

You criticize your government, and say that war never solves
anything.

You hear the jokes about the war, and make fun of the men like
him.

You are asked to go to the store by your parents.

You stay at home and watch tv.

You crawl into your bed, with down pillows, and try to get
comfortable.

You sit there and judge him, saying the world is a worse place
because of men like him.

You gripe at your parents for not buying your favorite snack.

You get mad when you have to share your favorite treat with a younger sibbling.


Here's to our brothers, sisters, dads, moms, cousins, aunts,
uncles, and everyone who is out there fighting. Here's to those
who didn't die in vain. And here's to those who care enough to do
something about what we don't like.

Comment by Pompy on June 13, 2008 at 12:30am
wonderfully put,and its sad that there are ppl in this world who feel that way about all of the troops.