TMI: Are we creating distracted drivers in our apparatus?

I saw this bumper sticker while speeding down the Northwest Tollway on my way home from O’Hare the other day. I knew I had to have one.

So I whipped out my iPhone and went to “store”.

I searched for, located, then downloaded the iPhone app that connects me directly with eBay.  After logging in with my username and password, I simply typed in “h-a-n-g-_-u-p-_-a-n-d-_-d-r-i-v-e” in the search box.

As usual, I had to backspace a few times to get the correct term typed in, but I eventually persevered.  Alas, too many results came up.

I quickly stashed my venti vanilla skim latte in its holder and simultaneously honked and waved with less fingers than my left hand contains, while clutching my iPhone in my right.  What was this chucklehead thinking?

By the time I was ready to exit onto Barrington Road, I still hadn’t found what I was looking for on eBay.  I was miffed until I realized how the trip down the tollway seemed to take no time at all.  In fact, I couldn’t really remember driving it.  What just happened for the last 20 minutes?

I decided to postpone my eBay search until I got home.  It was time to pay some serious attention in case a deer decided to jump out in front of me.  Gotta be extra alert out by me…

That’s one of my peeves, and I would bet many of you share it as well.  It’s the self-important “distracted drivers” that piss me off as they try to multi-task while guiding a multi-ton vehicle hurtling down the multi-lane highway.

The whole episode reminded me of a story I had seen in at NewYorkTimes.com, that addressed the increasing amount of gadgetry gradually accumulating in the cabs of emergency vehicles.  In addition to the normal gauges, lights, dials, mirrors, radios, and sirens, more and more electronica is competing for our attention as we attempt to safely navigate our way through traffic as quickly and as safely as possible.

Like a litter of eleven puppies competing for six nipples, we've been inundated with computers, map routing and GPS devices, cell phones, and multiple radio frequencies- all looking for a spot in our collective cerebrums as we try to wrap our heads around pre-planning our first few steps upon arrival at the emergency scene.

I ask you this: How much is too much?  When do WE cross the line and become just another distracted responder?

As the NYT article explains, there is no data currently being collected regarding accidents involving emergency responders distracted by TMI. But there are several anecdotes:

“Philip Macaluso, a New York paramedic, recalled a moment recently when he was rushing to the hospital while keying information into his dashboard computer. At the last second, he looked up from the control panel and slammed on his brakes to avoid a woman who stepped into the street.

In April 2008, an emergency medical technician in West Nyack, N.Y., looked at his GPS screen, swerved and hit a parked flatbed truck. The crash sheared off the side of the ambulance and left his partner, who was in the passenger seat, paralyzed.

In June 2007, a sheriff’s deputy in St. Clair County, Ill., was driving 35 miles per hour when a dispatcher radioed with an assignment. He entered the address into the mapping system and then looked up, too late to avoid hitting a sedan stopped in traffic. Its driver was seriously injured.”

Even my own friend and fellow podcaster Greg Friese was quoted in the article, citing his own experience in which he felt it necessary to demand the distracted driver of his ambulance to step away from his cell phone:

“My partner was checking baseball scores as he was driving a patient to the hospital. I looked through the passageway and said, ‘You’ve got to stop that right now,’ ” recalls Greg Friese, a paramedic in central Wisconsin, who was treating a patient in the back. Mr. Friese also develops online training programs for medics, E.M.T.’s, police officers and firefighters.

“We’re dealing with the carnage, which ranges from the trivial to the tragic, of distracted driving,” he said. “We should know better.”

Developing policies which establish specific rules regarding the use of personal devices may not be enough.  Are we actually contributing to the problem by becoming enablers?As we decide how to utilize the constant array of new technology, we need to address the amount of distraction we’re placing upon our responders.  It is crucial to recognize and accept that too much input may result in a decreased ability to process the information in a way that is useful.  Worse yet,distracted emergency responders may bring increased civil and criminal liabilities upon our departments.

The last thing I need is another fire engine flying past me with a distracted driver while I’m trying to surf the web and revise my fantasy hockey roster.

He is a fire and EMS instructor, certified fire investigator and Chicago Blackhawks fan.

John is the editor of FireDaily and co-creator of Firefighter NetCast.

Permalink Reply by Jack/dt on March 12, 2010 at 12:17pm
I'm picturing the number of people reading this right now on their smart phones while they're driving...irony.

Permalink Reply by Doug on March 12, 2010 at 1:02pm
Everything on our apparatus is designed for sensory overload of the man sitting in the Captain's seat. All our drivers/engineers have to worry about is the driving controls.

Permalink Reply by Art "ChiefReason" Goodrich on March 12, 2010 at 1:42pm
Ah, yes; distracted driving. One of my favorite subjects.
As a commuter to my job for the past umpteen years, I have seen just about everything imaginable while driving the interstate 126 miles round trip.
Remember the scene in Backdraft where they Engine 17 gets a call, the engineer pops in a cassette tape and starts pounding the beat on the steering wheel as he tugs the cord to the airhorn. Oh, the longings.
As I drive up the road, it is easy to spot the drivers that are "multi-tasking". They are the ones weaving between the yellow line and the fog line. On the phone, shaving, changing tops, applying make up, watching a DVD, reading a book, eating a bowl of cereal, peeling an orange, texting, talking, gesturing; all being done while they are suppose to be driving.
And now, we are seeing it in our profession. It's real simple for me. The apparatus driver DRIVES. That's it. No radio, no phone, no computer, no GPS. Oh and no iPod either. There would be a very clear SOG and no excuses.
Wait, wait, wait; sometimes we roll with just a driver and one in the back.
Well, then, I guess that person in the back is going to be REAL busy, then.
Since we don't have enough sense to at least slow down to a safe speed, then gadgets are only going to accelerate us to the inevitable.
But, Ray LaHood is at the helm of the DOT. He will put a stop to some of it.
The rest will be up to the fire service.
Whoa; almost hit a deer.
TCSS.
Art

Permalink Reply by John Crabbe on March 12, 2010 at 2:11pm
The apparatus driver DRIVES. That's it. No radio, no phone, no computer, no GPS. Oh and no iPod either.

Yeppers, no reason for a driver to do anything else but drive when the vehicle is in motion. We can NOT do our jobs if we can't get to the scene. All the other gadgets, gizmos, radio stuff and so forth is another person's job. If one MUST use the radio or change MDT status, then do so before the vehicle rolls.

Permalink Reply by Jason Whitaker on March 12, 2010 at 3:22pm
lol!!!!!!! I live in a small town in Central illinois and in this town we have maybe 5 police officers in the whole department everytime I see one of these guys there are always on the on-board laptops in the cruisers. Not to mention the FD are either wasting fuel escorting the local school athletes through town with lights and sirens on or just taking their sweet time talking on there phones enroute to an emergancy call.

Permalink Reply by Capt./Chaplain Mike Petrosky on March 12, 2010 at 4:09pm
Let's see. . . Driver/Engineer, hmmm, Drive and Engineer the vehicle. Officer. . .Radio, computer, operate siren and horns, give crew info. and formulate plan. Our SOG's have been drawn out as to when and where we can and cannot use electronic devices. So far, so good.

Permalink Reply by John Rulli Jr. on March 12, 2010 at 4:45pm
I agree we just got computers on our rigs.I think they are a joke! when the screen is open the driver can't see out the passinger window. Go back to the basics. 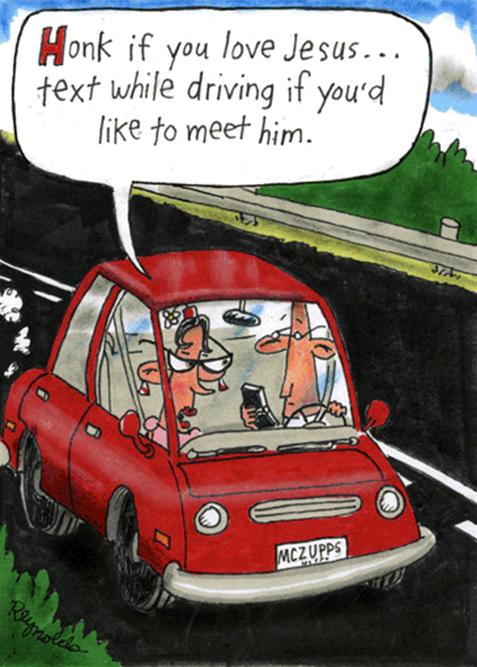 Permalink Reply by Chief Dino on March 12, 2010 at 6:05pm
I used to live in the west and north suburbs of Chicago and the amount of idiots driving on the highways there was out of control. And this was before cell phones. Can't imagine what it's like now. Anyway, nothing in our rigs, but siren and light controls and radio. We have to memorize our area. Granted, it's all rural, but still one less distraction is one less distraction.

Permalink Reply by Reg Mathis on March 13, 2010 at 1:35pm
I guess one of the benefits of being in a small town department with little(or NO) slack in the budget is that we don't have any of that fancy, big city stuff in our cab. Just a radio and a little panel of 5 rocker switches. so easy, even my Chief can handle it!!!

Permalink Reply by larry jenkins on March 14, 2010 at 3:29pm
Just when you think you have seen the worst. A couple of years ago we were responding to a auto accident on the interstate. This a--hole in a convertible in front of us would not pull over. He was holding his phone in one hand, covering his ear with the other hand (apparently we were making too much noise with the siren and airhorns), and was driving with his knees going 70 mph.