Radiation Exposure from Japan Nuclear Power Plants... What are they monitoring for? What's next? Are you prepared? Do you know how to use radiological monitors? 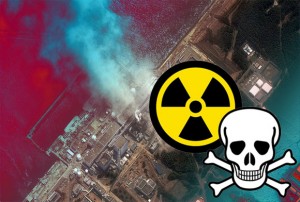 As predicted, a radioactive plume has travelled across the pacific, over the Aleutian Islands and down to into the Western United States.  No specific information in regard to radiation levels, and type(s) have been released to the public as of this post submission, 03-18-2011.
The worst case scenario for the nuclear reactors in Japan is for them to go critical. Do you understand the potential for this? 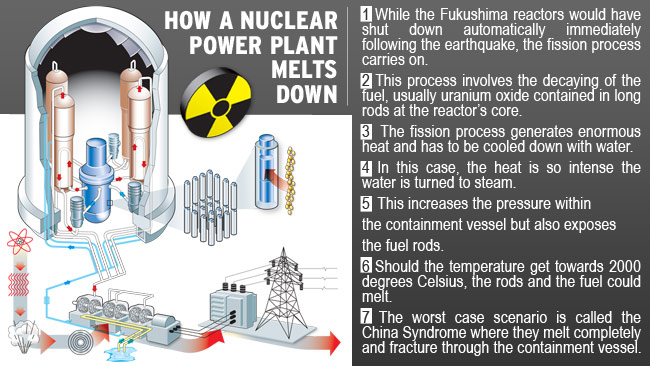 Unanswered question... If a nuclear reactor goes critical, does this change the outcome and potential impact on the rest of the world?
What's your take on this?

Are you purchasing iodine (potassium iodate) to be prepared in the event that iodine-131 is released from the reactors because of an escalating problem?
While we are not being given much information through the media, you may be able to make some determinations based on how and where they are monitoring people.
Key Point: Alpha, Beta and Gamma monitoring require different monitoring heads & techniques. If you are aware of these operational procedures, then you have a better chance of understanding what the hazards are.
Example: Where are these individuals being monitored and how close are the monitors being held to the surface of the skin? 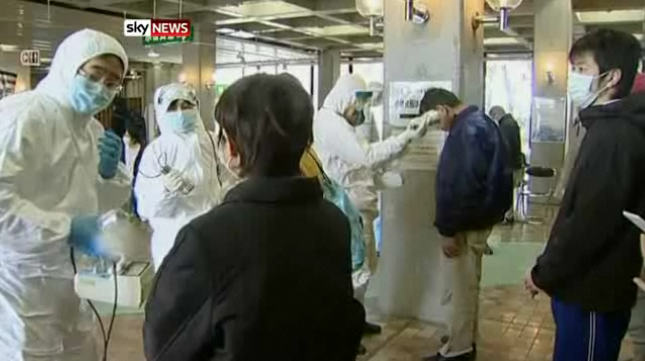 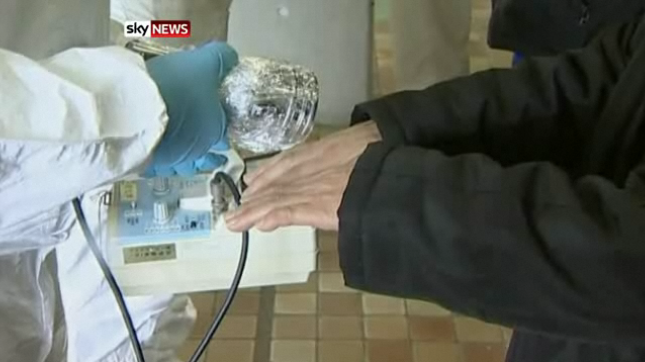 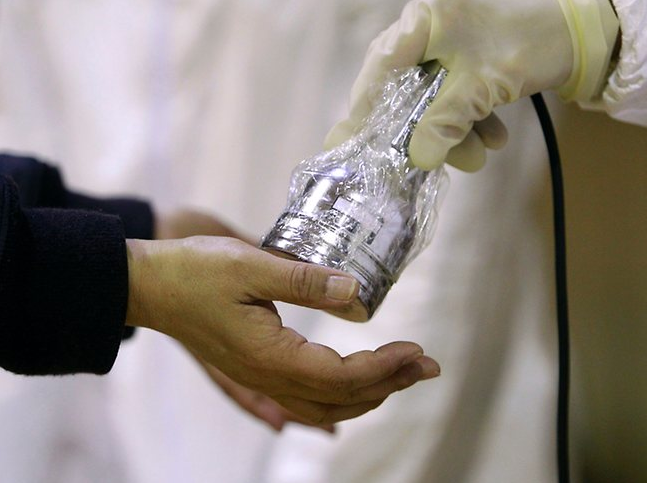 Anyone want to make some comments on what you see in the above three photographs taken this week in Japan?

1.  What are they monitoring for? (specifics e.g. alpha, beta, gamma radiation...)

2.  What are the primary monitoring points that you should do on a person?

3.  What is not being provided for these patient/victim(s)?

Not wanting to make this post into a training discussion on how to use radiological instrumentation, it seems appropriate to first ask some questions to see if there is an interest level in this topic before spending time posting something that will be ignored...

Permalink Reply by Mike Schlags (Captain Busy) Retd on May 19, 2011 at 4:44pm
Fukushima NPP Update: Assuming that there is still a good deal of interest in the Fukushima NPP accident. The Health Physics Society has recommended a presentation update prepared by the University of Pittsburgh Nuclear Engineering Department. It is pretty good.

It has a different breakdown than those previous sources that have been distributed. Good info for science nerds and folks whom want to understand more about the whole fuel – criticality – power – water – design chain.

Knowledge is power. Be informed.

The surprise - reactors #1, #2, and #3 were operating when the earthquake and tsunami hit, while #4, #5, and #6 were offline. #4 still experienced major problems despite being offline.

The timeline also shows that all of the Fukashima plants would have been OK even with the earthquake and loss of off-site power without the tsunami damage and subsequent loss of on-site generator power.

The solutions - don't build nuclear reactors in tsunami zones and provide generator systems that are more hardened, more elevated, and that have more redundency.

September 21, 2011 Fukushima NPP Update:  As I’ve noted in this forum post six months ago, the Japanese government have continually under-reported the severity of the nuclear crisis at Fukushima. Key point here is now that you might be reading this forum post update six-months later, how much are you hearing on the news about the problems in Japan in regard to the nuclear reactors. The problem did not magically go away. Recent information suggests now that a massive new radioactivity release is possible from Fukushima, especially if the melted core hits water.

One key thing I read bothered me... We knew it was coming, talked about it in this forum post but never saw this information released (pun intended) until today. Hence my sharing it today.

The amount of radiation released during the Fukushima nuclear disaster was so great that the level of atmospheric radioactive aerosols in Washington state was 10,000 to 100,000 times greater than normal levels in the week following the March 11 earthquake and tsunami that triggered the disaster.

[A] study [by University of Texas engineering professor Steven Biegalski and researchers at the Pacific Northwest National Laboratory] reports that more radioxenon was released from the Fukushima facilities than in the 1979 meltdown at the Three Mile Island Nuclear Generating Station in Pennsylvania and in the 1986 Chernobyl nuclear disaster in the Ukraine.

Biegalski said the reason for the large release in Fukushima, when compared to the others, is that there were three nuclear reactors at the Japan facilities rather than just one.

There are also several unconfirmed reports that the Japanese government is trying to keep people from buying geiger counters to measure radiation.

The nuclear disaster is ongoing.

At present, I believe that there is a possibility that massive amounts of radioactive materials will be released into the environment again.

At the No. 1 reactor, there’s a chance that melted full has burned through the bottom of the pressure vessel, the containment vessel and the floor of the reactor building, and has sunk into the ground. From there, radioactive materials may be seeping into the ocean and groundwater.

The government and plant operator TEPCO are trumpeting the operation of the circulation cooling system, as if it marks a successful resolution to the disaster. However, radiation continues to leak from the reactors. The longer the circulation cooling system keeps running, the more radioactive waste it will accumulate. It isn’t really leading us in the direction we need to go.

It’s doubtful that there’s even a need to keep pouring water into the No.1 reactor, where nuclear fuel is suspected to have burned through the pressure vessel. Meanwhile, it is necessary to keep cooling the No. 2 and 3 reactors, which are believed to still contain some fuel, but the cooling system itself is unstable. If the fuel were to become overheated again and melt, coming into contact with water and trigger a steam explosion, more radioactive materials will be released.

We are now head to head with a situation that mankind has never faced before.

The Ground Self-Defense Force (GSDF) and residents of the zone between 20 and 30 kilometers from the stricken Fukushima No. 1 nuclear plant held an emergency evacuation drill on Sept. 12 … in preparation for any further large-scale emission of radioactive materials from the plant.

The scenario for the drill presupposed further meltdown of the Fukushima plant’s No. 3 reactor core, and a local accumulation of radioactive materials emitting 20 millisieverts of radiation within the next four days. …

And nuclear expert Paul Gunter says that we face a “China Syndrome”, where the fuel from the reactor cores at Fukushima have melted through the container vessels, into the ground, and are hitting groundwater and creating highly-radioactive steam: