I read alot of forums on here. And with the big push with NIMS training, and about using plain english, not to use all the code talk. I wonder to myself....is it really working ??? Every state or jurisdiction still seems to use their "OWN" language. Since I see it here, its safe to assume that you still use it in the field. So again.....is all the money being spent on NIMS training making a differance ??? Just an observation I made....thats all I have to say about that !!!

Yes we are NIMS trained and use plain english 99% of the time the other 1% we slip up and go back to the "good old" days.  Our dispatch however still uses 10 codes and about half the departments in the county still use 10 codes.

NIMS is just sticks and boxes boys,  just sticks and boxes that's what are instructor said and it's true.  The only thing that could be confusing to someone else coming in from the outside is the description of apparatus.  A "truck" in some depts. is a grass rig where it may be a ladder truck in another dept. and we have tankers and not tenders.  A rescue truck may be an engine on one dept. and an apparatus that carries extrication equipment on another dept.  The changing of the names of apparatus will be the next big hurdle to clear.

Permalink Reply by Michael Paschal on October 28, 2011 at 6:53pm
In Oklahoma City the Police are using 10-codes when speaking amoung themselves, the key regarding NIMS is that you use plain English with outside agencies. Case in point OKC fire uses plain english so when we communicate with OCPD they use plain english.

There are standard apparatus designations in NIMS.  If you are calling anything other than a ladder truck a TRUCK you are not NIMS compliant.  As much as I personally loathe the name TENDER, for what we have called TANKERS since motorized fire apparatus began, it has been a part of ICS for a lot longer than NIMS has been around.

The biggest motivation for being NIMS compliant is simly this, it is MANDATORY for Assistance to Firefighters Grants.  Your chance at hundreds of millions of dollars of grant money is riding on compliance.  Seems like a no brainer to me.

We as firefighters will make this more difficult than it has to be, we always do.

Plain english as it applies to apparatus ,tactics ,and equipment prevents confusion and promotes understanding, I have no probem with this idea at all. The problem I have,and I sincerely wonder if others share or have solutions for, the situation that is encountered when something is encountered such as a discription of a victims condition and it is difficult to responde in plain english while you may have a situation that over whelms you. Codes used to handle some of these which call for a level of tact not possessed by all. Somebody is always listening and waiting to persecute anyone who words things unfortunatly during an extremly stressfull moment. in this case I wonder how others feel. 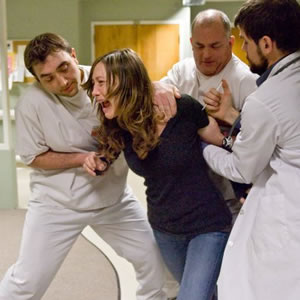 Some people get really upset if you don't use the right terminology...

Howdy Bull, I can see your point here on the subject of talking on radios and using plain speak. But you cannot confuse the world of NIMS and communications. Apples and oranges brother. The whole point of NIMS and ICS is standardizing what we call things for the sake of ordering resources. No one really cares about local terminology and language, it's all about making sure that you don't get a DC-10 tanker when all you wanted was a truck to wet the roads... e.g. "tender".

There is a difference here and for the most part, it's upper management dealing with mitigating an incident and doing resource ordering that use this terminology on incidents requiring mutual aid involving state and federal resource acquisition.

Sorry, but I respectfully disagree.  The simple fact is if you ALWAYS call your apparatus by the appropriate NIMS or ICS nomenclature then there is no chance for mistake when "ordering resources."

The same can be said for using building identifiers like "Sides A-D," sectors, and divisions.  If you choose to do something different locally and only use the common NIMS terms for calls requiring mutual aid it will cause problems eventually when someone forgets and slips back to the local ways.

NIMS compliance isn't that difficult and it is all about clear, easily defined, interoperability, using common terminology.

Permalink Reply by Bull on October 31, 2011 at 3:16pm
I believe if you use it everyday it becomes a habit. No need to think or second guess what you are trying to say or ask for. I agree with Don, less chance of a mix up. I do understand what you are saying Mr Schlags about local levels and apples and oranges. But if you dont use it at a local level, your habit will be NOT to use it at a higher level as well. Thats the point I was trying to get across. Just like some forums on here, people use their "local level" lingo here, and some dont understand it. If they are using it here, where we have people from all over....then they will use it out in the field as well !!! Intercommunication is one of our biggest flaws I believe....but....thats just me !!!!

If what you are saying is indeed factual, then why does everyone on the East coast use the term water tanker to define what NIMS and ICS refers to a water tender? You can disagree all you want Don but the fact is that local areas still use terminology that may not be NIMS compliant when it comes time to communicating on the radio. I'm not defending the practice when in fact my department and the West coast all use NIMS compliant identifiers compared to the East coast.

Going back a couple of years ago, I posted a forum questioning this practice and was met by a lot of "we don't care how they do it on the West coast" opinions. I'm with you Don all the way but have learned that what you profess is not a reality. Just sayin'

The implementation of NIMS on a national level is a direct result of communication issues at multiple agency responses.  Common radio frequencies and common terminology are the right steps to solving these issues.  It really has nothing to do with east coast or west coast, it has to do with putting aside fiefdoms and getting on board with the program.

Frankly, I find the term tender idiotic.  We have hundreds, if not thousands, of trucks that haul water that have been called tankers FOREVER, and now because someone in an office somewhere decided that a few dozen aircraft need to be called tankers all those trucks need to be renamed tenders.  Tanker is a common term used for trucks that haul liquids.  I will comply with calling our tanker a tender because that is what we have to do to be inline with NIMS.  I don't have to like it or believe it is logical.

The one thing you west coasters will NEVER understand is the TRADITION that is very strong on the east coast.  Many east coast, and even midwestern, fire departments were operating before many of the west coast states were even states.  Tradition is not always bad, neither is it always good.  The same can be said for change, some people are so high on change that they change things just for the sake of change.   What HUGE benefit is there to the fire service to changing the name of tankers to tenders?  Because if there is one I don't know it.

I haven't see any improvement. We in the local fire service have made a dent but the law enforcement agencies we work with have refused to transition from their old ways. The newly elected Sheriff said he was going to do away with 10 codes but after review he decided not to. so our dispatch still uses it and that forces us to .

I just don't see that much improvement around here

Permalink Reply by Don Catenacci on October 31, 2011 at 11:20pm
It doesn't force you to do anything.  They may talk to you in Ten-Codes but you don't have to respond back to them in Ten-Codes.  Further if you don't know what the heck the Ten-Code means ask them to repeat in plain English.  Do that enough times and maybe they will get the message.