The Homewood Fire Department was taken to task in a report on how it handled a fire that cost the lives of a firefighter and an elderly resident. 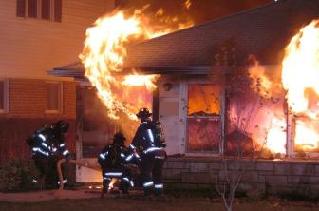 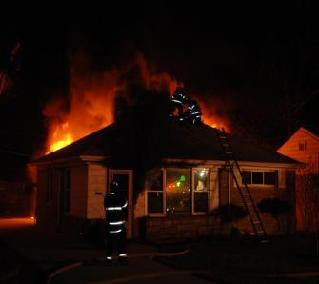 The report from the National Institute for Occupational Safety and Health looked into factors leading to the death of Homewood firefighter-paramedic Brian Carey, 28, during a house fire March 30.

The report concludes the commanding officer and crew that responded to the scene didn't follow some key guidelines for fighting fires. Among the report's findings:


- The commander on the scene, Homewood fire Lt. Scott Moran, did not do a complete assessment of the fire scene before crews were sent into the burning home.


- Poor tactical decisions were made on how to try to extinguish the fire, including sending Carey and fellow firefighters Karra Kopas and Chris Kieta into the building with a hose that was too big to maneuver within the house.


- Firefighters did not stay within visual, physical or vocal contact with each other at all times while fighting the fire. Firefighters inside lost contact with Carey during the fire, and while he was equipped with a handheld radio, it was found in the back pocket of his pants under his firefighting gear, making it inaccessible.


- Moran and crew members outside the home didn't recognize signs of the deteriorating situation and order firefighters out of the building. Thick, black and heavily pressurized smoke billowing from windows on one side of the Homewood house should have warned those outside that a flashover soon could occur.


- The department didn't have adequate staffing to fight the fire. Homewood Fire Chief Bob Grabowski declined comment on the report.

Permalink Reply by Roy Walker on September 21, 2010 at 12:26pm
We all have to learn to call for manpower early and to establish what is worth fighting and what is not . Sometimes we risk for good reason but we must learn to read the conditions as part of that process . Then we need to follow our procedures. I am not criticizing this department ,I wasn't there , just stating general needs.

Permalink Reply by Art "ChiefReason" Goodrich on September 21, 2010 at 6:42pm
Sent inside and was not wearing SCBA, according to the Chicago Tribune.
I don't get it.
Very sad.

Permalink Reply by Fabulous Heather Days of Summer on September 21, 2010 at 7:22pm
did not do a complete assessment of the fire scene before crews were sent into the burning home

poor tactical decisions were made

firefighters did not stay within visual, physical or vocal contact with each other at all times while fighting the fire

didn't have adequate staffing to fight the fire

ALL SERIOUS AND DANGEROUS ALLEGATIONS

Permalink Reply by Tony P on September 21, 2010 at 8:25pm
The NIOSH report linked to above says "without his facepiece on" - so it sounds like he at least was wearing BA.

Permalink Reply by Mike Kilburg on September 21, 2010 at 9:16pm
The Tribune was WRONG Art. Big surprise.

Permalink Reply by Fabulous Heather Days of Summer on September 21, 2010 at 9:20pm
when you run out of air - you take off your face piece

Permalink Reply by Vic Silverfish on September 21, 2010 at 9:42pm
mate, there was a person trapped. That's the definition of "worth fighting."

I have put together a scathing post, but don't have the heart to actually post it. I am shocked at this incident. Does anyone have a link to the NIOSH report? I hate trusting the newspapers for this.

Permalink Reply by Vic Silverfish on September 21, 2010 at 9:44pm
I'm an idiot...the NIOSH report is behind a link right above the pictures.

Permalink Reply by Art "ChiefReason" Goodrich on September 21, 2010 at 10:16pm
Mike:
And that's why I attributed the statement to the Chicago Tribune.
I have not seen the official report yet.
At first, I thought something happened to his BA when the hose burst.
But I don't know.
If the news is wrong, then it comes as no surprise.