Have Environmentalists (Greenies in Australia) Finally Gone Too Far? 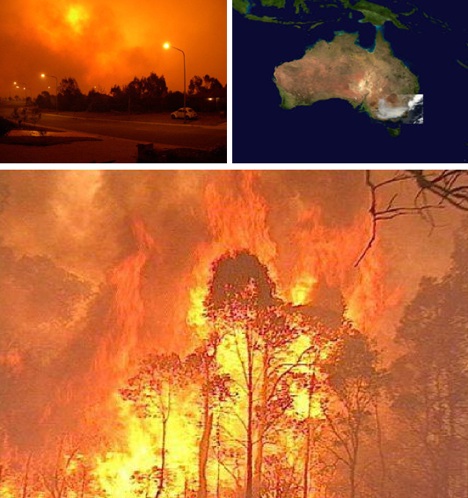 The recent fires in Australia as well as fires in the USA have been made much worse due to policies put into place to "protect the environment". With that said, I came across an article that discussed the impact on wildlife in Australia, with staggering numbers of injured, burned or killed wildlife. Is this the outcome that the environmental movement wanted? I don't think so and this is the kind of media we need as firefighters to enable us to actually change attitudes and champion our ability to manage the forests, thinning out dead materials and creating fuel breaks to prevent these large fires. 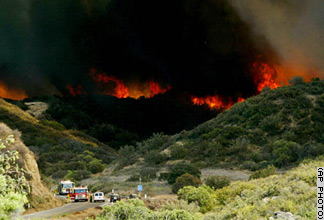 Simply put, we need to use fire to prevent fires... The Chumash indians, which is a tribe that lived in Santa Barbara County for thousands of years before the arrival of Spanish explorers had a wonderful relationship with the land. The indians would regularily burn areas to prevent over growth, collection of dead fuels and create buffer areas that are easier to hunt and travel on.

In the early 1920's, ranchers who did not want to loose precious grazing lands for cattle formed the beginnings of what is now called the Santa Barbara County Fire Department, which is where I work. The very first wildland firefighting efforts and responses started here.

The bad news is that we stopped following the direction given to us by native american indians because of both environmentalists (greenies) and air pollution control folks using the legal system to stop us from conducting prescription or controlled burns to reduce the fuel load.

The results have been disasterous to both the environment and to wildlife. Areas that were once rural now have 1000's of houses built are now subject to wildland urban interface fires which has created one hell of a problem for today's firefighters... 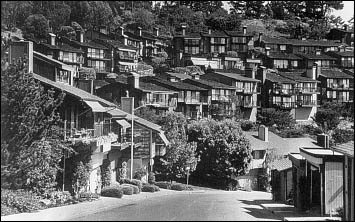 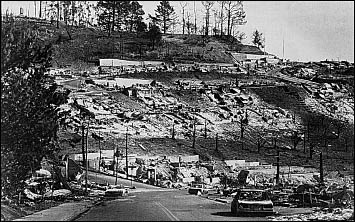 Perhaps news articles such as the one posted below might get someone to figure out that we need to make some major changes to how we manage the forests... and of course this also means enable better control for wildland urban interface fires!

Wildlife rescue officials today worked frantically to help the animals that made it through Australia's worst-ever wildfires but they said millions of animals likely perished in the inferno.

Scores of kangaroos have been found around roads, where they were overwhelmed by flames and smoke while attempting to flee, said Jon Rowdon, president of the rescue group Wildlife Victoria.

Kangaroos that survived are suffering from burned feet, a result of their territorial behavior. After escaping the initial flames, the creatures — which prefer to stay in one area — likely circled back to their homes, singeing their feet on the smoldering ground.

"It's just horrific," said Neil Morgan, president of the Statewide Wildlife Rescue Emergency Service in Victoria, the state where the raging fires were still burning. "It's disaster all around for humans and animals as well."

Some wombats that hid in their burrows managed to survive the blazes, but those that are not rescued face a slow and certain death as they emerge to find their food supply gone, said Pat O'Brien, president of the Wildlife Protection Association of Australia.

The official human death toll stood at 181 from weekend's deadly fires and authorities said it would exceed 200. While the scope of the wildlife devastation was still unclear, it was likely to be enormous, Rowdon said.

"There's no doubt across that scale of landscape and given the intensity of the fires, millions of animals would have been killed," he said.

Hundreds of burned, stressed and dehydrated animals — including kangaroos, koalas, lizards and birds — have already arrived at shelters across the scorched region. Rescuers have doled out antibiotics, pain relievers and fluids to the critters in a bid to keep them comfortable, but some of the severely injured were euthanized to spare any more suffering.

"We've got a wallaby joey at the moment that has crispy fried ears because he stuck his head out of his mum's pouch and lost all his whiskers and cooked up his nose," Rowdon said. "They're the ones your hearts really go out to."

In some of the hardest-hit areas, rescuers used vaporizing tents to help creatures whose lungs were burned by the searing heat and smoke.

One furry survivor has emerged a star: a koala, nicknamed "Sam" by her rescuers, was found moving gingerly on scorched paws by a fire patrol on Sunday. Firefighter David Tree offered the animal a bottle of water, which she eagerly accepted, holding Tree's hand as he poured water into her mouth — a moment captured in a photograph seen around the world.

"You all right, buddy?" Tree asks in a video of the encounter as he approaches the koala. Later, as Sam thirstily gulps from the bottle, he quips: "How much can a koala bear?"

Often mistakenly called koala bears because they resemble a child's teddy bear, the marsupial is actually a rather grumpy creature with a loud growl and sharp claws.

Sam is being treated at the Mountain Ash Wildlife Shelter in Rawson, 100 miles (170 kilometers) east of Melbourne, where she has attracted the attention of a male koala, nicknamed "Bob," manager Coleen Wood said. The two have been inseparable, with Bob keeping a protective watch over his new friend, she said.

Meanwhile, workers at the shelter were scrambling to salve the wounds of possums, kangaroos, lizards — "everything and anything," Wood said.

"We had a turtle come through that was just about melted — still alive," Wood said. "The whole thing was just fused together — it was just horrendous. It just goes to show how intense (the fire) was in the area."

The animals arriving appear stressed, but generally seem to understand the veterinarians are trying to help them, Wood said. Kangaroos and koalas are widespread in Australia and are not particularly scared of humans.

Volunteers from the animal welfare group Victorian Advocates for Animals filled 10 giant bins with 2,300 dead grey-headed flying foxes that succumbed to heat stroke Saturday, said Lawrence Pope, the group's president. Volunteers tried to save some of the bats by giving them fluids and keeping them cool, Pope said, but the creatures were simply too stressed and perished.

"It's heartbreaking," Pope said. "They're very endearing animals and to see them die right before our eyes is something that wildlife rescuers and carers just find appalling."

Permalink Reply by Aussie_Wildfire on February 13, 2009 at 5:12am
Yes mike they have. but there is a lot more to these fires.

Permalink Reply by Tony P on February 13, 2009 at 6:36am
Will the 'environmentalists', or yes, 'greenies' in my most insulting tone of voice, accept that their actions contributed to the disaster? I'll be very much surprised if they do...

Permalink Reply by lutan1 on February 13, 2009 at 5:14pm
Mike, check out this discussion as well- I've hinted at some of the stuff you did as well.

Wildfires- Are The Various Levels of Government to Blame For the Destruction?
http://www.firefighternation.com/forum/topics/wildfires-are-the-var...

I think the greens and the governments have a lot to answer for....

Permalink Reply by Tony P on February 13, 2009 at 6:42pm
Damnthing and Lutan - I agree with you. I'll admit I get 'hot under the collar' when I talk about 'greenies'. For me, the term 'greenie' is an insult, I apply it to the more rabid environmentalists. I agree whole-heartedly with environmental controls, because yes, if there were no laws to prevent it, many people would cut down every tree that they could see. Our farmers did that for years and we are suffering now for their actions. (The salt table rises and the land dies,) But the controls need to be realistic, unfortunately the worst of the environmentalists, the ones with the loudest voices, are the ones that have managed to control. Had you heard that inmany areas it is even illegal to clear fallen trees? Because they provide habitat for animals? The fact that they also add hugely to the fuel load of an area is totally disregarded by some.

As an ironic aside, many of the native Australian plant species in Victoria rely on fire for their seeds to germinate. No fire, no germination, forests will die. That is another reason why controlled fuel reduction burns are essential here.