During some training we were discussing how best to cut Lexan glass and how best to breach Reinforced Gypsum.  We don't run into these materials much in my area.  Perhaps, some of the firefighters in Tornado Alley and the Hurricane areas can lend some of there knowlege and experience...

What blades work best? (I found one post mentioning a Rotary Saw with a "Chunk Carbide" blade)

What training methods are best?

If you are cutting Lexan glass with a rotary blade are enough fumes produced to warrent masking up?

Thanks for any tips or help

Permalink Reply by Tyler Lyons on June 8, 2011 at 10:19am
I never claimed that houses have any cockpit windows on them, but good one... I did state that I have cut cockpit windows.... LEXAN ONES.... with a Circ saw. I said that it works very well... I did say that I don't have any experience with Hurricane proof windows.
I don't know if CO2 would work on a commercial building, with security/Lexan windows but that we were taught and used CO2 for fighter canopies in the Air Force.. we don't carry CO2 with us here, so we use a circ saw, and it works well. I am sure a chain saw with the right blade would work also, but I haven't used that because we use a circ saw.
And was it mentioned that the Lexan was in a house? UM NO... just what saws work best and with what blades... and like I stated before Circ saw with "Chunk Carbide" blade.
As far as the Picture it is a MD-80, but close enough. 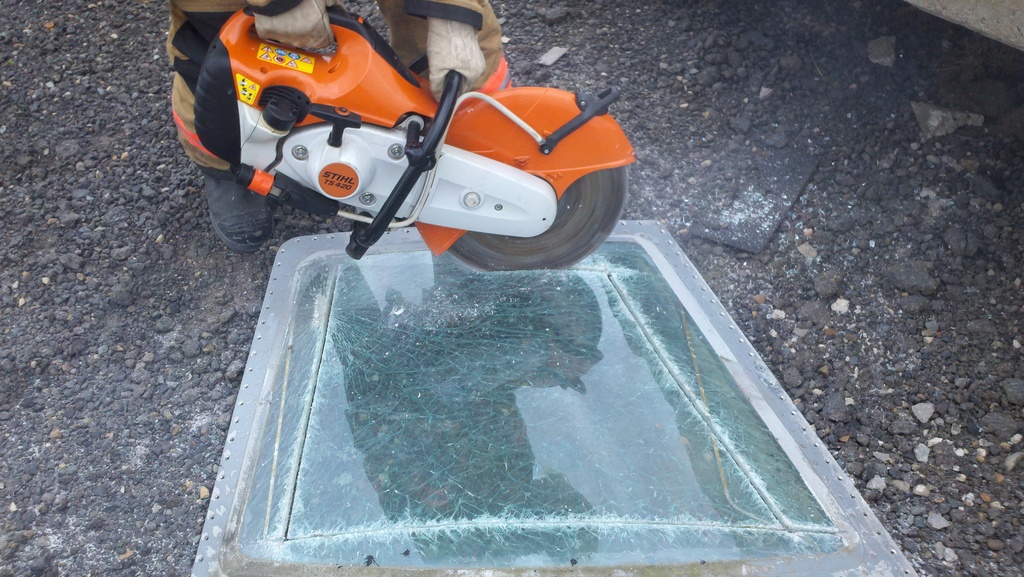 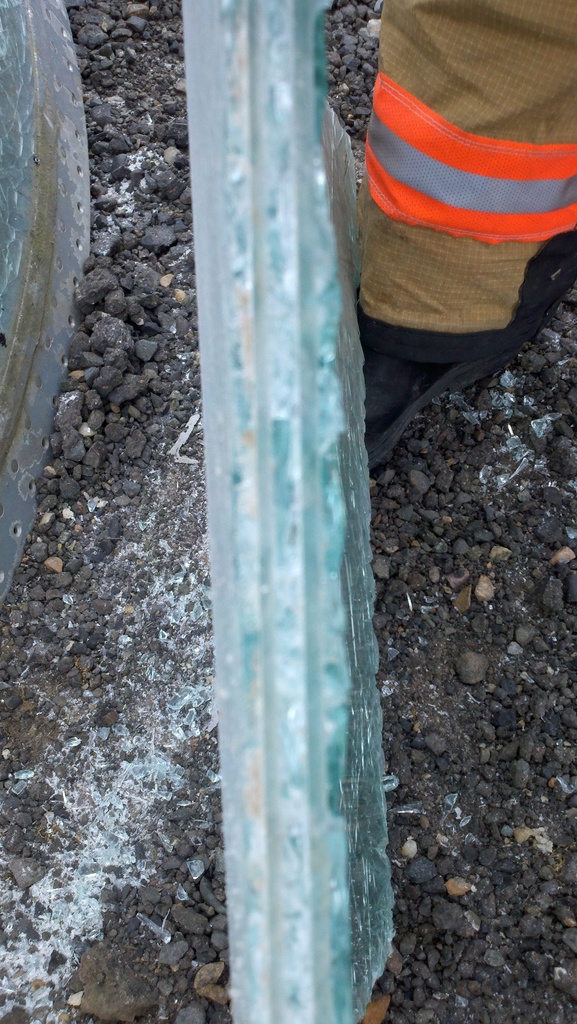 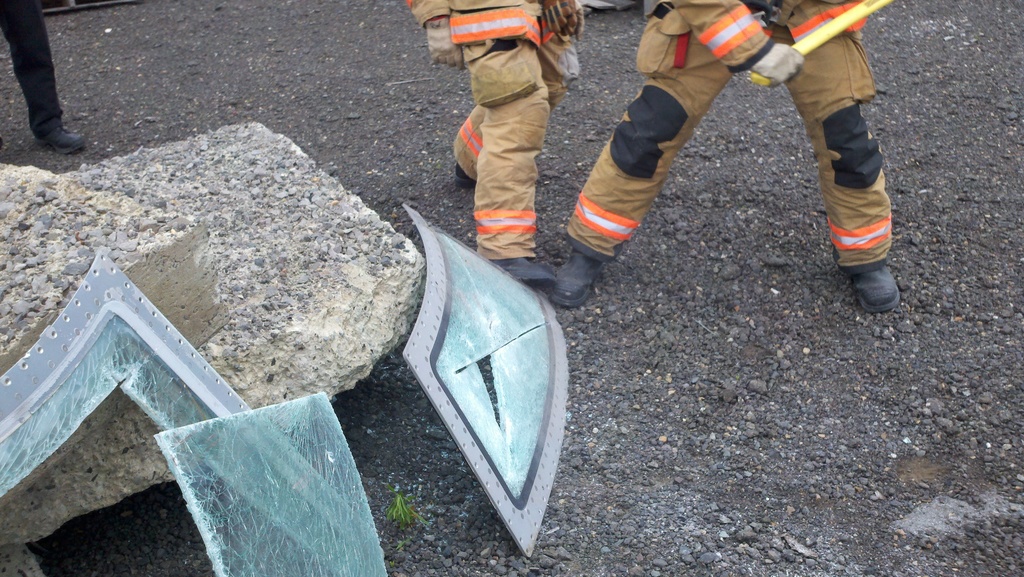 The bottom pic has been X cut with a circ saw and tried to bust out the rest with an axe... it doesn't work...

Lexan in structures was mentioned, because I specifically mentioned it. That mention was in response to the fact that the original post referred to "Lexan glass", "reinforced gypsum", "Tornado Alley", and "Hurricane areas", so it's pretty clear that he wasn't discussing aircraft. Since my department covers a barrier island in a "hurricane area", pardon me for interpreting that as a request to discuss our experiences with hurricane'resistant structures.

As I've previously stated, I know that the circular saws/chunk blades will work. so I don't understand you continuing on as if I had said something against them.

My only counterpoint about the saws/chunk blades is that they'll be very difficult to impossible to use from a ground ladder/above grade.

When I have to force entry through an aircraft window following a hurricane or tornado, I'll let you know.

Permalink Reply by Tyler Lyons on June 9, 2011 at 8:56am
Ben, you wrote the following....
If you can attack the edges of the windows, it might be easier to just pry the window pane out intact instead of trying to break or cut the glass. You can also use a circular saw and cut the window frame out of the structure - this can be easier than trying to cut the armor glass.

OK, so you have your way or opinion on how to do it. So I write the way that I have done it before and what has worked.... and you start questioning "if we always carry a Chunk Carbide blade and/or a CO2 extinguisher with us while venting".... and if not then I should do it your way and remove the whole window frame like you do....

and like I told you before... we do always carry a circ saw and never carry CO2. The saw works well and CO2 takes alot of time.

So if someone ever has a different way than you, well it must not work... because you live on hurricane island, you are the greatest expert on how to take out Lexan windows... Yet you did state that you could use a circ saw... like everyone else did also... yet you had no problem with it until I said that I have used one on Lexan windows and they work well... then you decided that I was wrong.
I asked you your procedures for removing armored windows above grade just as you asked me. Your response, "Either pry the armored window out intact or remove the entire frame." So apparently you run into this all the time. You did say that you could use the "circ saw to cut the Frame out of the structure.... this is easier than removing the glass."
I would like to see you remove a Lexan window frame on a commercial building faster than cutting out the glass with a Circ saw. I am sure you can since you live on hurricane island and do this all the time.
I compare the aircraft windows with the Lexan armored windows because it is very similar in build. Ryan asked a question on here to the general forum to see if anyone has experience with Lexan glass... several people answered and then I answered... close to what you did, yet different technique and you decided to run with it and prove how wrong I am. That would be why I tell you to get over yourself... just sayin

You claimed that I said several things that I did not.
Nowhere have I said that anyone should do it my way. I offered an alternative that might be easier.

I've agreed with you on the circular saw more than once, and you're still carrying on as if I'm arguing with you. That makes no sense, dude.

Then you start with the straw man arguments. A straw man is a logical fallacy, and you've used them more than once here. When you said "So if someone ever has a different way than you, well it must not work... because you live on hurricane island, you are the greatest expert on how to take out Lexan windows..." that is actually two straw men. First, I did not say that anyone's way "must not work" or anything like it. Second, I've never claimed to be ANY kind of expert, let alone the greatest at anything. I DID say that you don't know for sure that your way works on structural Lexan windows, because you haven't actually tried your rechnique on them. Your way might work or it might not. You just don't know if it will, but you talk as if you're sure. Maybe someone who reads that will try your technique, get lucky, and find that it will work...or maybe not.


Now let's get to the meat of the matter. It is pretty easy to remove Lexan windows from a house, as those window frames are usually wood and pretty easy to pry out with a set of irons. Metal commercial frames - just cut the vertical metal dividers at the top and bottom and the window will literally fall out. But then again, commercial occupancies with Lexan windows are usually strip malls, and Taking out those windows can lead to very, very bad consequences - for example, the fire Charleston, SC had on June 18, 2007.

Then you added another straw man - ..."close to what you did, yet different technique and you decided to run with it and prove how wrong I am." I did not do that at all. I've never said that you were wrong even once. If I did, prove it. Post the link to where I said it...or admit that you're just making that up.

Bogus claim on your part. I just pointed out - again - that you are basing what you're touting on assumptions, and you don't know from any actual experimentation on structural Lexan windows.

The bottom line here is that you're getting bent out of shape about things I didn't say, while accusing me of saying them.

Oh, and you still haven't been able to define "get over yourself" yet. How am I supposed to do something that you keep telling me to do when you can't even define what it is?

Permalink Reply by Ben Waller on June 11, 2011 at 9:28am
A couple of additional points about Lexan windows and how they're used. 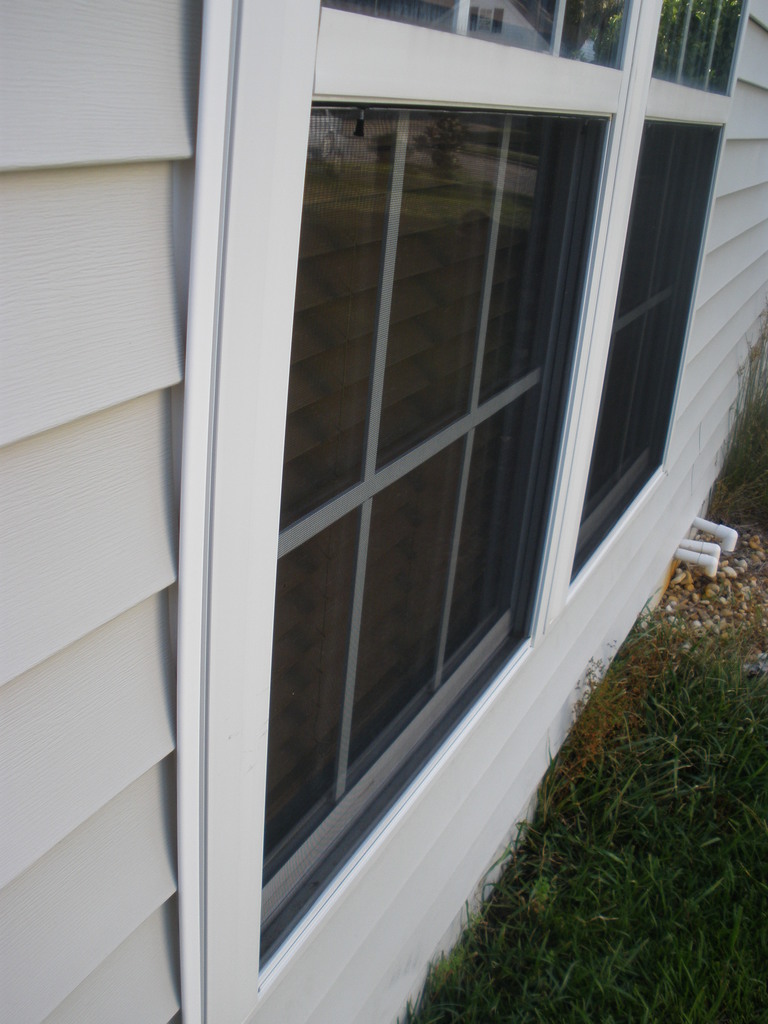 If you need to remove a double window, you can pull the center strip out and use one to pry the other one out of the frame. If the cross-connector fasteners are too tough for prying techniques, you can cut down the gap with a circular saw. 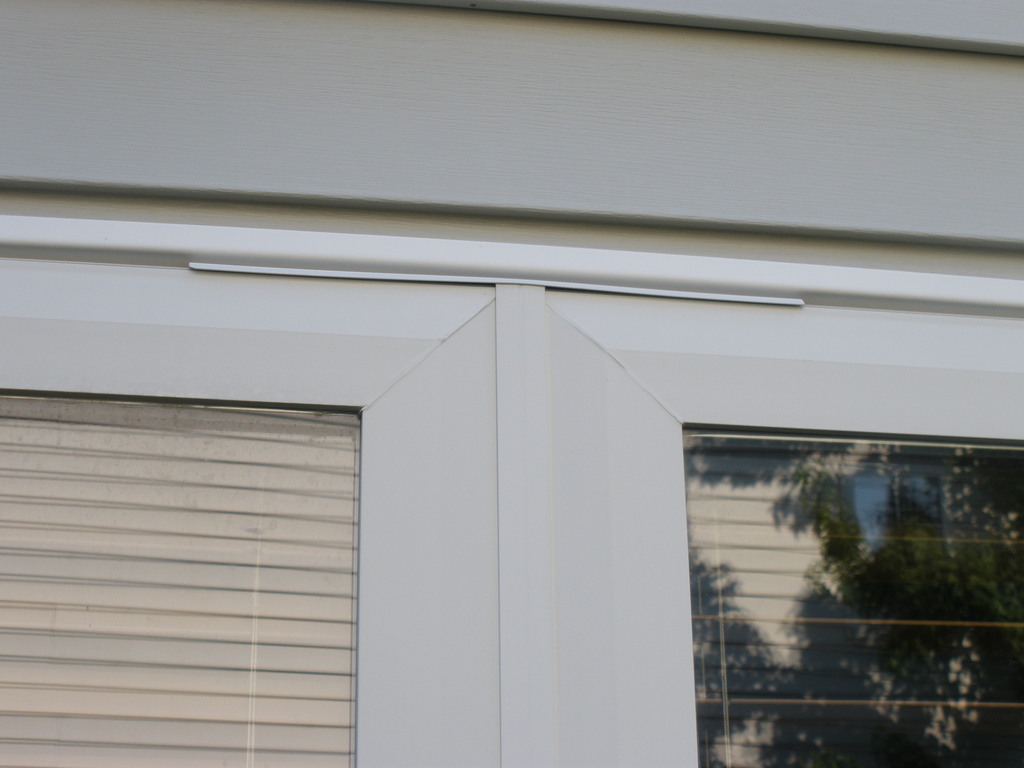 You on single, double, or triple windows, you can simply cut down the gap with a circular saw if you can't just pry the window out intact. 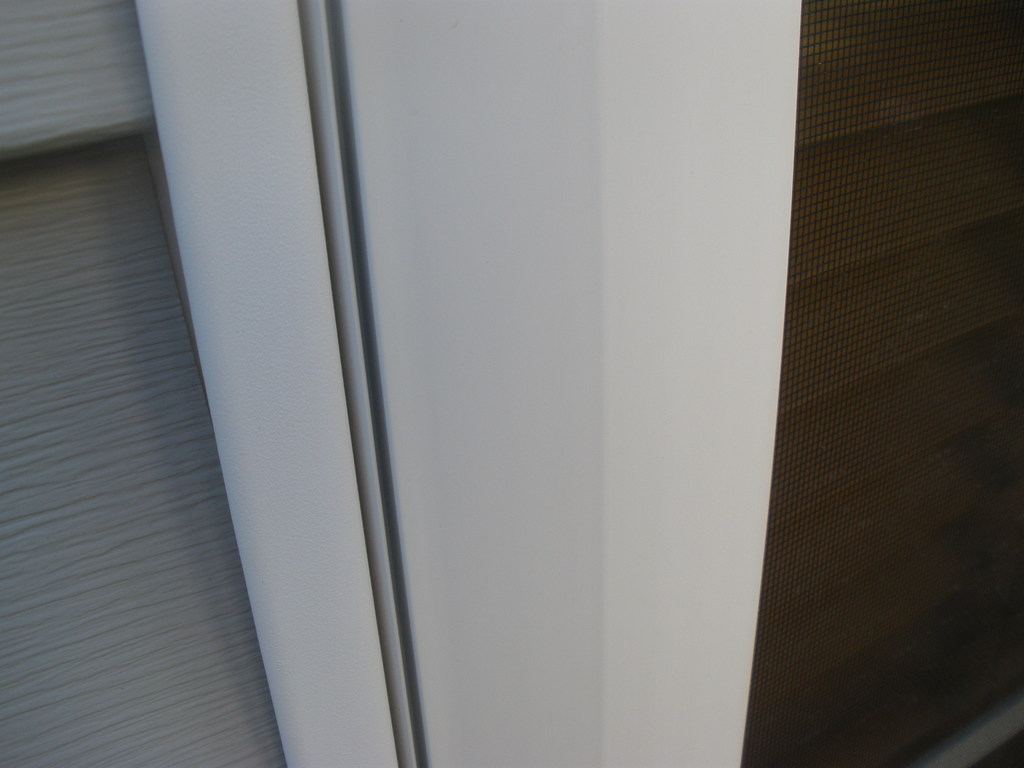 If you need to just vent the window, it's easier to attach the sash latch than to attack the window. Just drive a Halligan duckbill up through the sash gap, break the latch, and slide the top half of the window down.