pic of fire call that we been to 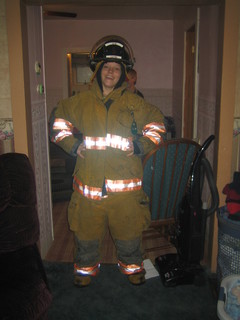 Permalink Reply by jim mullen on September 15, 2007 at 8:07pm
tiff is my step-dauhter and nikki is to nikki was in the car and yes she survive

Permalink Reply by jim mullen on September 15, 2007 at 8:23pm
no i was not but i was call to it and she was not driveing

Permalink Reply by mike wright on September 16, 2007 at 1:01am
wow if you wouldn't have told us that was a car i wouldn't have know. that was a nasty one. did anyone make out of that car. what did it hit

Permalink Reply by Randy Macey on September 22, 2007 at 10:23pm
This week starts off with the Seat Belts across Ontario with the Police.

In Ontario, before Oct. 2006 it's legal to carry more passengers in a vehicle than there are seatbelts as long as all seatbelts are being used and the driver is not inhibited by any of the passengers. This law changed after this fatal minivan crash in Caledon on Oct. 14th 2006.

The intersection is controlled only by stop signs for northbound and southbound traffic on Mississauga Road. The Ford Windstar minivan traveling south bound on Mississagua Road, going through a stop sign. Collided with a tractor-trailer heading west bound on Charlston Side Road (HWY24).

The out come was four people, including two children, died Saturday night in Caledon, Ontario. A fifth person passed away due to injuries later on in the hospital. Five out of the ten people in the minivan died.