should the color of fire apparatus be red or lime green? or does it matter? why or why not?

Permalink Reply by Paul Montpetit on February 22, 2011 at 3:28am
I think that whoever brings this subject up again should be banned from ever belonging to another Department....... not that i get a choice, the tankers are state issued, but its what i've grown up with and what i learned on

I say that the color should be red all the way but I think that it is up to each department as an individual as to what color of truck they buy.

If between red and lime green. I pick red, but I'm also a fan of white. I prefer red just because of tradition.

There are a few other traditions that have been scrapped in the name of safety. I hope we keep this one.

Ours are red with white striping.

While other departments around here have sometime quite comlpex color schemes with red, white, yellow, reflective stripes and whatsoever, the FD in my city has a rather discreet paint shop ^^

All units are all red, only front bumpers and the wheel cases are either black, grey or white, and well there there's the "gigantic" city coast of arms and the FD's name on both the driver's and the co-driver's doors ... that's it. The fact that, except for the Chief cars and the Command van, all units have reflective white stripes on their body is easy to miss when not looking at it in the beams of the headlights during night. But it's enough to get through traffic safely, our average speed during our response runs is 40 mph in average - through city traffic.

The only unit that a  kind of sticks out is the new Chief car which is donated by BMW (all our other chief cars at the station are from BMW as well). And it's a kind of BMW-thing that their color schemes are ... well ... different, as you see on the pics below ^^ 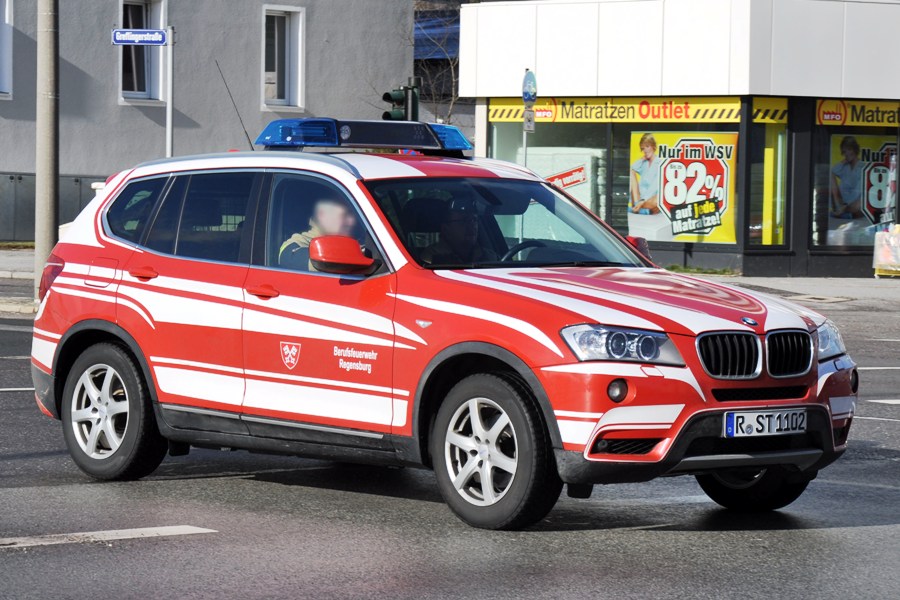 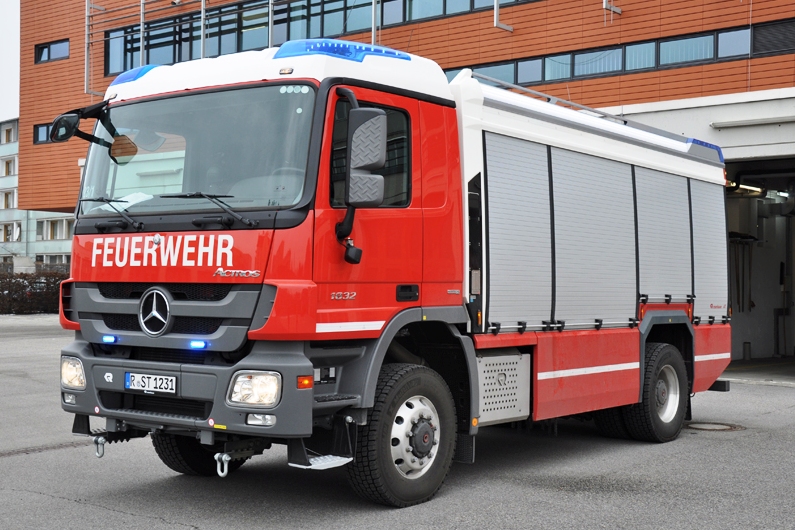 Our 2013 Rosenbauer AT3 Tanker - pretty much the only big truck which isn't all red (all other Engines and Tankers at the station also have a red roof - but nevertheless you see that it isn't a very exclusive but rather discreet paint shop.

As for the rest of Germany, all fire trucks are somehow red, more or less at least. "red" has a very wide range, from red trucks with white/yellow stripes, to white trucks with a lot of oil-coated red, and then also rangin from fire-red to light-red which rather seems orange in daylight. In the end, except for some few chief cars, there are no fire trucks which are all white, blue, lemon green or whatsoever as their main body color