The Job. The Calling. My Short Story

Featured Contributor David Polikoff shares how he got started 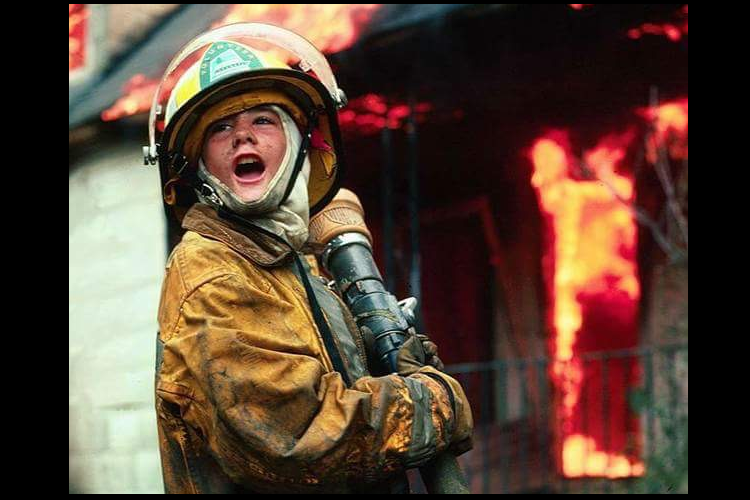 Most of us took this job because it was all we ever wanted to do. Some call it a calling, some are following in their parent’s footsteps. I remember when I was seven all wanted to be was a firefighter. I remember my mom taking me to the fire house in Greenbelt MD, where my dad and grandfather volunteered.

My mom told me that at age four I use to try to walk the fire house dog (which was a Dalmatian named Pepper) but most of the time the dog ended up dragging me across the engine room floor. When I was 12 I was finally old enough to join the juniors program. This single event cemented my ambition to become a firefighter.  As a Jr. Member I learned how to wash a fire engine clean a bathroom, kitchen and vacuum and mop floors. This may sound like a violation of the child labor law, but this set me up to have a great work ethic and I understood this was all part of the job. As I got older I became a high school cadet in Montgomery County MD. I took and passed all my fire classes and EMT. Once I turned 18 I took the civil service exam to become a career firefighter. I passed and was placed on an eligibility list. After a long year, I got the call I always dreamed of. I was hired by the Silver Spring Fire Dept. in Montgomery County. My dream came true!

After the fire, I went back to the engine and was met by the chief who hired me, he slapped me on the back and said “Son, good job.” That was the best feeling in the world being recognized for doing a good job by your boss. I can tell you that the 19-year-old me was smiling from ear to ear.

Fast forward three years, I was tillering Truck 1. We were returning from one of our many alarm bells calls, as we backed into the station our communications dispatched us for a building fire four blocks from the station in an abandon dance studio. We arrived to the front of the building and were told to assist the engine with line advancement as they were met with heavy fire on the first floor. We made our way to the door, the officer of the truck noticed several people trapped on the second floor. He radioed command and advise him of the situation. I quickly threw a 24-foot ladder and removed the glass to the second floor I was met with smoke and heat as well a four trapped homeless people. I entered the second floor and assisted all down the ladder. We were told that there was still one inside. The driver and I started the search. We did not find anyone. The floor started getting spongy so we made our way to the ladder and left the building. Later we found out the fifth person had made their way out before we arrived. Again, the chief slapped me on the back and said “Good job.” Again this was the best feeling in the world. We received a unit citation for our actions; not bad for a 22-year-old.

I love telling new firefighters my story because I want them to want the job and feel how it is a privilege to be a firefighter. Many who are in the fire service say the new firefighters treat this occupation like a job and not a calling. This may be true, but when I think back to my boss telling me “good job” and telling the senior members “that Polikoff is a hell of a firefighter,” that means more to me than any citation or medal ever will. Take the time to share your personal stories. As a supervisor go out of your way to tell crews and or firefighters they are doing a good job. Your words go a long way to a new firefighter, maybe more than you will ever know.

You can read more from David Polikoff HERE.