When units arrived the front of the house was engulfed in fire. The fire began in the garage. Witnesses said the family made it out of the house but sadly a family dog did not survive the fire.

The fire was quickly brought under control and while there was extensive damage to the front of the house, most of the families valuable possessions were saved.

More about the aftermath and the families gratitude to responding firefighters can be found online here. 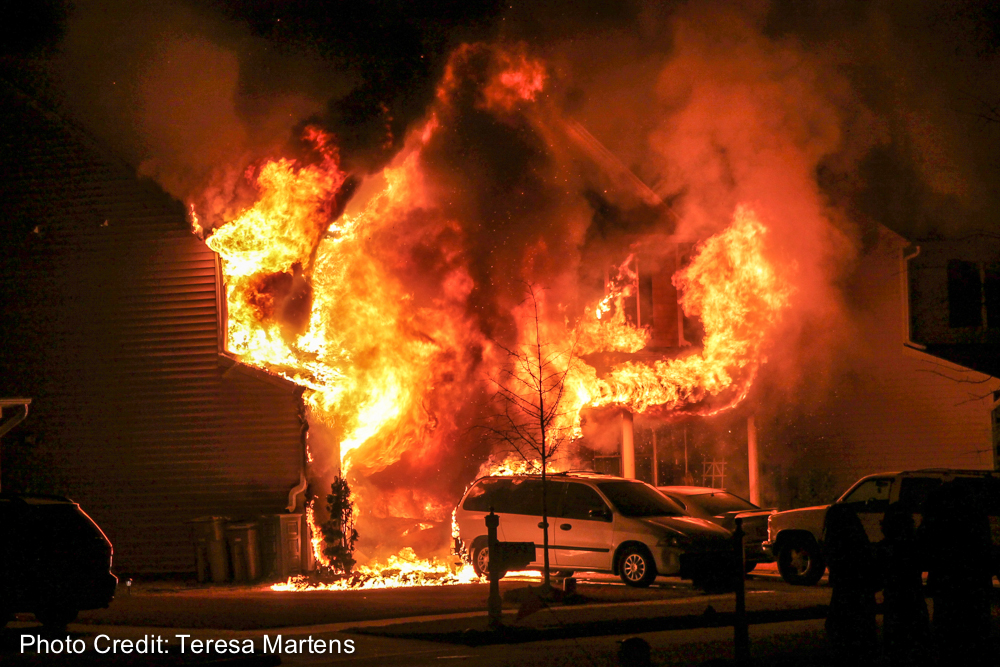