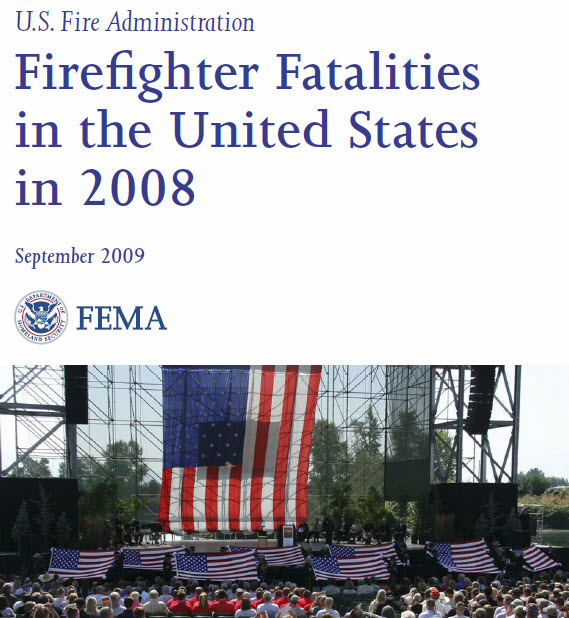 You should make time this weekend and slide on over to the United States Fire Administration (USFA) web site HERE.

An overview of the 118 firefighters that died while on duty in 2008:

There were 5 firefighter fatality incidents where 2 or more firefighters were killed, claiming a total of 18 firefighters' lives.

26 firefighters were killed during activities involving brush, grass or Wildland firefighting, more than twice the number killed the previous year.

Take a look at the issues, the factors and the causes. Take the time to think about what you can personally do to make a change, and what your company or agency must do, to support LODD reduction. Especially for those situations that are in OUR control.

Don’t forget about the resources at the Everyone Goes Home Program, HERE.

The Near Miss Reporting System, HERE