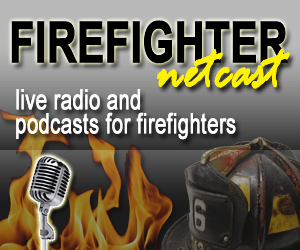 Permalink Reply by Tiger Schmittendorf on March 24, 2010 at 11:31am
I'd love to collect all of your stories at www.runtothecurb.com.

Who knows, maybe your story will end up in the published book of the same name.

Please send your stories and photos to tiger@tigerschmittendorf.com .

PS - Check out this collection of great stories at: http://firecritic.com/2010/03/first-due-blog-carnival-episode-1-i-a...

Talk to you tonight.

Permalink Reply by Bobby King on March 24, 2010 at 12:19pm
Honestly, I am a Third Generation firefighter. My Grandfather was a Firefighter and My Father was a Firefighter.
I can remember when My dad would come home off of his tour and Myself and My brother would run and hug him.
I could always remember how his uniform smelled and as I got older could tell which apparatus he was on by the smell of the uniform. I could remember the distinct smell when he was on the Life Squad. And the slight tinge of smoke when he was on the Engine. Ma used to take us up to the station that dad worked at. And I remember Myself and My little Brother getting passed around from lap to lap and by the time Ma got us wrangled in our pockets were full of candy and loose change and dollar bills and such. Most children say they have only one father. if You ask My Brother and I we had several. I am a Firefighter because I love the smell of Diesel. I love the Brotherhood. I love that I get to help people and I love that My Brother and I carry a legacy that is unique and rich with history. Someday I hope that if I have a son that he is something better, Like a Doctor or something.. but.. if he should get lost along the way to Med school It would not hurt Me a bit if He picks up a hose and gets to work.

Permalink Reply by william cody gentry on March 24, 2010 at 2:23pm
Because i have always liked to help people and do nice things for people...well it started off like this my dad has been on the fire dept for 16 years.When i was little i went with him to almost every call they had.Went to the station every tuesday night with him..i use to roll up hoses,help with about anything..Then oneday i looked at my dad and said dad you know what i want to be like you when i grow up.. he said thats good son that you know what you want to do when you grow up..if thats what you want to do when you grow up im behind you 100%..i said thanks dad...Then when i truned 15 years old i went up to the station and asked how old you had to be..they said 18....well then that made me sad cause i was only 15..then the cheif decided to start a jr program for ages 16-17..so when i truned 16 i went back and asked if i could join..they said fill out a applcation..so i filled it out..then like a few days later they said yes..i was like cool..i get to help people and put out fires like my dad does..well to make a long storie im 18 now and still on the fire dept and its something i love to do.My hole family is on the fire dept.me,my brother,mom,dad...its good to be working with your family in the fire service cause you know they always have your back...well thats why i always wanted to be a fire fighter...Thanks for reading....have a blessed day..God bless you...

Permalink Reply by Forsaken Firefighter on May 8, 2010 at 10:27pm
I really enjoy helping people, I do not do it for praise, glory, or even a thank you.... I do it for self gratification, knowing I could help some one in need is enough for me. I would like to end this with a few things....

The hours are hard and so is the job,
But I'd give it all so you wont sob.
To save your house, your life, your children,
I'll risk it all to enter the building.
Each day I leave my wife and child
To respond to the number that you dialed,
But if I go and do not live,
Please remember all we give.

Permalink Reply by Jack/dt on May 8, 2010 at 10:31pm
Gee, I guess it's just not acceptable to say that I do this because it's my job.
I guess it has to be some kind of "heavenly calling". sheesh

Permalink Reply by Jack/dt on May 8, 2010 at 10:56pm
Dave,
For some reason you seem to have to get personal, why is that? Are you that insecure that you need to attack someone else to make yourself feel better? It's not going to work, but go ahead and go for it, what ever makes you feel better.

Permalink Reply by lang on May 8, 2010 at 11:10pm
Like said before, I'm a second generation firefighter. I couldn't imagine doing any other job in the world. I just never grew out of my childhood dream. I remember grabbing old gear my dad brought home, and grabbing chairs and stuff from around the house and making my own fire truck out in front of my parents house. I remember going to the fire house and climbing on the trucks. It was mentioned before I have so many people that I consider moms, dads, and grandparents because of this job, and some of the closest friends I'll ever have because of this job. Just living my childhood dream and doing what I love is why I became a firefighter. I guess helping people in the process doesn't hurt either.

Permalink Reply by Forsaken Firefighter on May 8, 2010 at 11:13pm
I said my part and every time I do you feel the need to run your mouth and cut it down.... Calling me insecure is a bit hypocritical of you is it not? I do not say anything to you until you decide you want to come up with some smart ass remark belittling every thing I say. So may be I should ask you if it makes you feel better to attack some one else? Do you have some deep physiological issues that make it necessary to do this? If so then I will ignore it. Are you a pathological egotist ? Because to me it seems you have little or no regard for interests, beliefs, or attitudes other than your own. I really believe you are a megalomaniac. So with that being said I will leave you be to your own egocentric thoughts and ignore any further comments from you.