A decision this week by Newport, New Hampshire police to use a fire truck and pose as firefighters to make an arrest of a suspected violent suspect is getting quite a lot of buzz around the country.

"Police officers dressed as firefighters and using a fire truck entered the building and activated the fire alarm to evacuate residents in a safe manner so as not to bring attention to the pending arrest of Miller," Newport Police Chief David Hoyt said in a news release included in the Union Leader story.

On Thursday, the union representing local firefighters responded with grave concern about the incident, saying firefighters and paramedics depend on the public trusting that when they show up, it's to save lives.

"The use of the firefighter and paramedic image in this way is inappropriate, should not be condoned and is not negotiable," David Lang, president of the Professional Fire Fighters of New Hampshire said during a press conference, according to the Union Leader.

A press release from the union posted on Statter911.com stated "Allowing police officers to impersonate fire fighters potentially makes the difficult job of fire fighters even more dangerous because it casts doubt in the publlic's mind of who's responding to a fire or medical emergency."

Long is asking the Commission of Safety and the state's Attorney General to demand that such actions never take place again.

The Union Leader reported that police officers saw the suspect in his apartment window with a small child in his arms as other building residents evacuated in the fake fire alarm. The suspect opened the door for the 'firefighters' (police) who then took him into custody without further incident. Numerous weapons and related materials were found in a subsequent search of the apartment.

Permalink Reply by Josh Sullivan on March 12, 2009 at 12:04am
I have been thinking of this a lot since i read the article, and reading the posts. Yes it was a bad decision, mistakes happen, we learn and go on. Mabe something will happen down the road, but this is something to learn about. We all have our own thought and ideas, but the past is the past.

Most of every law enforcments are our friends, if there are any problems between agencies when the call goes out leave it all at the door and do the job. We watch their backs, and they watch ours, daily whether or not we realize it. Expecially on big scenes with us all worken together. But again the future will come and go and we will just have to see what happens.

One of the best methods we can go by is "PLAN FOR THE WORST, and HOPE FOR THE BEST" in any type of situation. And when everybody goes home at the end of the day its a good day for all of us. So we will go out on the next call, but with using more precaution, and saftey.

Good luck and everybody be safe...

Permalink Reply by Steve on March 12, 2009 at 10:18am
Hey did anyone read Firehouse .com today. Check out http://cms.firehouse.com/content/article/article.jsp?id=63015&s... one of us getting attacked. This is what will happen more often now that These cops did this!!!!!

Permalink Reply by Dennis Brown on March 12, 2009 at 10:49am
Wrong wrong wrong now they got to watch there backs on a real fire call

Permalink Reply by Richard A. Shepard on March 12, 2009 at 5:20pm
As a "brother" in both red & blue, i see this as a non-issue. I have done it in years past myself, to get into a place to do a "fire safety inspection" while attempting to look for a wanted person. We are ALL Public Safety Personnel. Trust me, when the "scrotes" see someone coming, they don't know or care, which agency you are with. If they want to take you out, they will. Remember, we (most all) wear nearly the same uniform things (BDU's / 5-11's, etc) black low cut shoes or boots, shirt with either badges or embroidery, similar jackets, etc.. I am sure they met and discussed the incident and planned it out well before attempting the maneuver. It all ended well, as planned. They all went home at the end of the day, as it should be! Give it a rest!

Permalink Reply by Chris Sterling on March 12, 2009 at 8:00pm
Maybe next time we have a combative patiant at a MVA, we could all go dawn our police uniforms. That will, no doubt calm things down!! 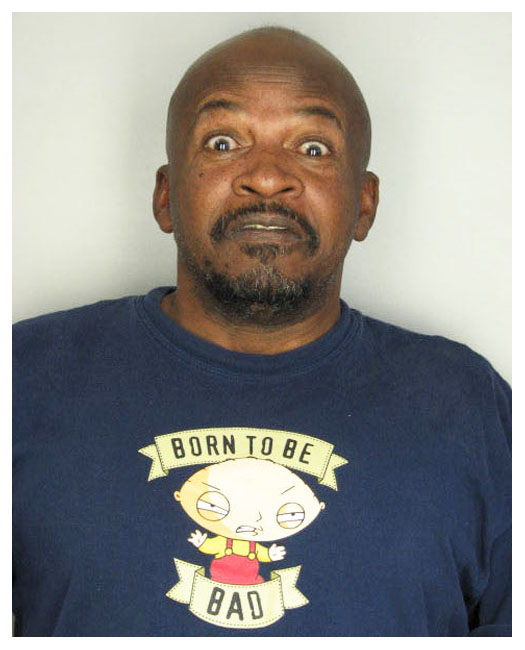 Hey Graner stop shouting down Kristy and no need to go all bold letters and underline to prove your point. You don't understand what she said in the first place! Read her post again. BTY, didn't you lose a couple of men in fire bach when you were Chief in Rochester? How did that Public Safety hearing come out and did you put the ghost hunting thing you do down in Atlanta into your Fire Tools Chief Book. So maybe lay off the personal attacks here b/c I have seen you do them before and now you're taking money to go into towns and villages to run surveys for pay to bad-mouth volunteers so you can consolidate "fire services" into paid departments. Sounds like a "hired gun" to me. Bet this post is gone by march 15, 2009!

Permalink Reply by Ron Graner on March 15, 2009 at 8:14am
I choose to ignore firefighter Jackson as a friend on this site because I do not know him or anything about him except what he wrote which stands on its own as an example of why I did not. Just to clarify some of the statements Mr Jackson made: I have never tried to put down or shout down anyone on this site. My only objective is to stress safety for all firefighters in any comments I make. I did have 2 close friends from my recruit class in Rochester who died, one at a fire and the other in a fire station after returning from a fire. I was not at either incident but their deaths did deeply impact how I view the fire service and those who serve in it. Yes, I do public safety consulting today as a way to use my 45 plus years of experience in this filed to benefit the public and the fire service. I have never taken any contract where I was told that I had to come back with a predetermined finding. I call them as I see them and give my best advice to the community that hired me. I think many volunteer fire departments provide extremly high levels of service tothe communities they serve, as do many career depts. I have NEVER bad mouthed volunteers. I began my fire service career as a volunteer and am a life member of a volunteer department. I strongly believe that professionalism in the fire service has nothing to do with getting a pay check. I do believe that every fire department has a duty and obligation to the citizens and public they are sworn to serve.
Nope, I have never gone/done ghost hunting.

Permalink Reply by Kevin Benton on March 17, 2009 at 1:44pm
THIS IS A BUNCH OF BS!!! OUR JOB IS TOUGH ENOUGH WITHOUT THE COPS TRYING TO TRICK PEOPLE AT OUR EXPENSE! THIS SHOULD NEVER HAVE BEEN ALLOWED...

Permalink Reply by Deanna on March 24, 2009 at 3:57pm
I guess the police didn't think that maybe causing a false alarm could have put innocent people in harms way? This is ridiculous. Just causes a bad image for the fire departments.