Referring to the story here on FireEMSBlogs.com  do you think it is okay for a newly appointed fire chief to say he will 'hire more women'? Doesn't this put the newly hired women in the spotlight and at an unfair disadvantage in the fire stations? I believe Cincy has several dozen women working in 26 stations.
Just thought it was an odd statement.
Story: http://sidecharlie.com/2011/01/11/cincinnatis-new-fire-chief-ignite...

Permalink Reply by Greenman on January 11, 2011 at 10:46am
Apparently he was directed by the City Manager, Milton Dohoney, to "attract more women to Fire Service." Here's a news clip: http://www.bing.com/videos/watch/video/city-introduces-new-fire-chi...

But while we're on the topic, as long as there qualified why NOT more female Firefighters? the Cincinnati FD has 3% of firefighters who are female. Even the Marine Corps is 7% female.

So why not recruit more qualified, physically fit, smart females to be Firefighters?


Also, the women he's looking to attract into the Fire Service are still little girls, so he's talking about creating a desire to become a Firefighter in some girls like some boys have, so they actually grow up looking forward to a career in the Fire service and do things like stay fit, join Fire Explorers and stay out of trouble, so that when they are 18-20 they are ready to be Firefighters.

Permalink Reply by WestPhilly on January 11, 2011 at 11:42am
"So why not recruit more qualified, physically fit, smart females to be Firefighters?".

Because..............maybe they can recruit some just as qualified, just as smart, and more physically fit males to be firefighters?

Permalink Reply by Greenman on January 11, 2011 at 12:15pm
Stronger perhaps, but not necessarily more physically fit. I see a whole lot of big bellies in firehouses, and unless men have started having babies, they are fat male firefighters...thus we have over 56% of LODDs in 2010 being due to a heart attack.

The days of the firehouse being an all-male boys club are gone, even if the chauvinism isn't.

I realize, of course, that some people will never think that a woman can do the job, no matter how well she does it, no matter how many saves she's made, even if she was laying three sections of LDH, AND operating the pump while 6 1/2 months pregnant while some male fire fighters are struggling to pull a 2 1/2" off the other engine.

Even if you don't believe women can do this job, consider this: In the modern world you cannot pass-over a person who is qualified to do the job, physically, intellectually and educationally, just because they happen to be female. If your department is found to be out of compliance with this basic fact sooner or later it is going to become a distraction to the department, so why not nip it in the bud and hire qualified Firefighters in line with modern hiring practices?

It's not like you can go back to the 1930's before women started entering the workforce and discovering that despite the sexism, they can do any job a man can do.

I know there are fat males. I wouldn't recruit them. And haven't you ever seen fat females? (By the way, the 56% LODD figure you referred to may have much less to do with weight than you think).

Permalink Reply by Greenman on January 11, 2011 at 12:50pm
I do know there are other issues besides body fat at work in the heart attacks, but it does play a fairly significant role, as does the cyanide gas we don't pay attention to during overhaul.

All I'm saying about recruiting is I'll take anyone who has the heart to be a Firefighter (pun intended), the physical ability to do the job well and the ability to learn how to do the job. I don't care if they are male or female, and I'm not going to go in with a preconceived notion that just because one candidate is male that he is going to be a better Firefighter than a female candidate.

Like I said, the real deciding factor between equally qualified male and female candidates is how much Heart do they have, and how much do they want to do this job?

I'll take a female who knows her sh*t, can do the job and has a enough Heart to do it well, over a male who is just here for the paycheck any day of the week.

Permalink Reply by WestPhilly on January 11, 2011 at 1:01pm
Of course you would take a female who knows her shit and has the heart to do the job over a male who's just there for the paycheck. But that's not much of an endorsement for women firefighters if that's where you set the bar. (And again, women can be paycheck-collectors, too.)

Like you, I don't care about male or female. Just be the best for the job. (Which means you don't narrow your recruiting on just women).

Permalink Reply by Greenman on January 11, 2011 at 1:17pm
I don't think I said to narrow recruiting to just women. If that's how it came across, then sorry for that.

I am saying end practices which attempt to exclude women form recruitment, like trying to only recruit males.

There's a reason why large city departments have such low numbers of Firefighter who are female and rural and volunteer fire departments have higher numbers if female Firefighters (who generally don't draw a paycheck at all), and much of it has to do with stereotypes and recruiting practices which either target males or exclude females (similar but different tactics). Ending those practices will naturally attract more female candidates and the number of female Firefighters will rise to it's natural percentage of the force, which may be different in different cities, but is probably larger than just 3% of the force.

I set my bar pretty higher, but you left out part of what I said. I said knows her shit, has the heart to do the job and has the ability to do the job.

That standard should be gender-neutral...If you're not fit, don't care, and don't know what you're doing then you shouldn't be a Firefighter.

I think we can agree on that.

Permalink Reply by joemac on January 11, 2011 at 1:59pm
Like the racial issues, employing reverse discrimination does nothing to help. It only serves to perpetuate the bad feelings on the part of those who are too biased to see that it's harmful to discriminate in the first place.
As long as we draw attention to it, it remains a problem. When it's treated the same as eye color, it won't be a problem.
Recruit more people into the fire service.

Permalink Reply by Capt. Chris W. Button on January 11, 2011 at 2:22pm
We're in the middle of hiring for our next recruit school. Out of over 500 that applied, less than 20 were women. Of those, around 10 showed up for CPAT. Of those, 3 passed the CPAT. Our department has even filmed a new recruiting video to get more people interested in the job. The problem is, in general, women aren't interested in the job. Not being a woman, I don't know why that is. I'm guessing that for the most part, the fire dept is an old boys club. I'm guessing most women are thinking, "Why would I want to join some stupid boys club when I can get a good education, get a good job, and make more money." Centuries of tradition will be hard to overcome.

Permalink Reply by Jack/dt on January 11, 2011 at 2:40pm
The written test gets a numerical score.
CPAT is pass or fail.
Physical and background essentially pass or fail.
Interview/orals scored.
Probie school, scores and pass/fail.

How do you quantify "heart"? Overall size? Volume? The aortas? Ventricles? 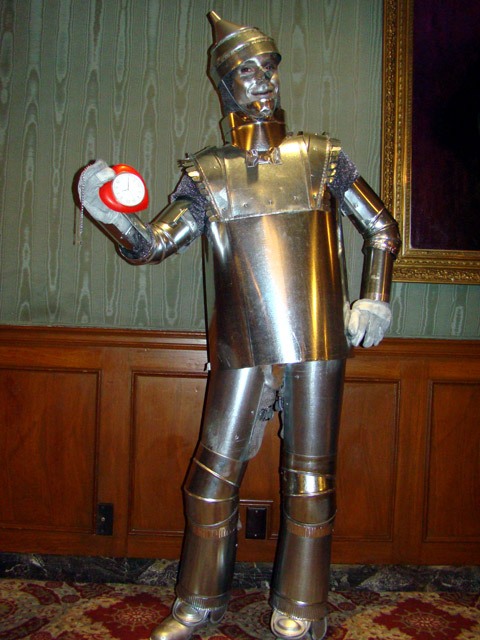 Permalink Reply by Greenman on January 11, 2011 at 2:51pm
IT is admittedly an intangible quality which encompasses effort, teamwork, motivation and attention to detail among other qualities and can really only be evaluated one time by a supervisor who actually does performance reviews and does pencil-whip them whenever they're due.

There are tangibles which manifest themselves when someone lacks "heart" for a job, like tardiness to work. You're on-time to work every day, or you're not.

Permalink Reply by Jack/dt on January 11, 2011 at 3:06pm
That sounds more like a decent work ethic than heart.

The concept of "heart" is intangible and, one would suppose has more to do with a person's singular motivation to be a firefighter. Then again, it's a subjective "quality" anyway you slice it and leaves it open to misinterpretation and bias.

I'm sure that there are plenty of excellent trash management employees who show up on time every day and pick up all the garbage. Do they have (or have to have) "heart" to be good employees? Or can they get by just by doing their 'job'?

The above being said, if a woman makes the cut, she makes the cut. But I can't see weighting "heart" to give her (or anyone) an advantage.