Light the Night for Fallen Firefighters to Shine Bright in 2020

Communities, organizations, landmarks, and fire departments urged to participate in a week-long vigil before America’s Tribute to Fallen Firefighters 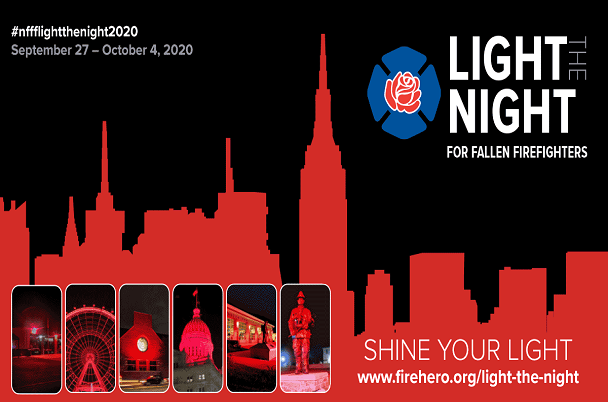 Landmarks who have lit in red previously include: One World Trade Center in New York City, the Willis Tower in Chicago, LAX in Los Angeles, and the Bank of America Plaza in Dallas. In 2019, over 300 landmarks, fire departments, and communities nationwide lit in red to honor their fallen brothers and sisters and you can too.