A house fire last night in Illinois has claimed the life of a firefighter and an occupant, as well as critically injuring a second firefighter. 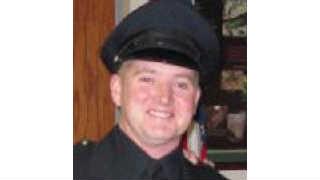 According to local news reports, 28-year old Brian Carey of the Homewood Fire Department died and a second firefighter sustained severe burns while fighting a fire Tuesday night. An unidentifed occupant of the home is also reported to have been killed.

It is not confirmed, but local news stations report that oxygen tanks inside the home may have exploded, contributing to a rapid fire growth.

The Homewood Fire Department has scheduled a press conference for 10:00 a.m. this morining.

Firefighter Brian Carey was recently sworn in to the the department on February 2010.

The father of a fireman killed fighting a blaze in south suburban Homewood said he is "numb but proud" this morning.

Brian Colin Carey, 28, died doing what he loved most, according to his father, also Brian. He said his son was made a full-time paid Homewood firefighter less than two months ago. Speaking from the family's Evergreen Park home, Carey said his son had wanted to be a fireman since he was five years old.

"He died doing what he loved. He helped rescue those elderly people last night," Carey said.

WGN: Family of Homewood fireman reacts to his death

Karra Kropas, 21, suffered first- and second-degree burns and sin listed in stable conditon at the University of Chicago Hospital burn unit. Mayor Richard Hofeld says her injuries are not life-threatening.


Updates will be provided as they develop.

Permalink Reply by Nathan Whoric on March 31, 2010 at 4:31pm
RIP brother, you died doing what you loved to do, now we must continue to carry on where you left off... my prays go out to the fire co and his family....

To all of the members of the Homewood FD , may you find comfort in the support of your fellow firefighters. It is a dangerous job we do and we must always be vigilant and respectful of that. At times like this we can understand why we do what we do but it sure makes it hard to accept it.

To Brian and Kara you made us proud, this bud's for you!

Permalink Reply by Paul Acosta on March 31, 2010 at 11:18pm
RIP my brother. You're now serving on the best fire departments ever, God's. Make Him proud for us.

Permalink Reply by Joseph DeGrave on April 1, 2010 at 8:54am
My condolances go out to The Family and The Homewood Fire Dept. in the death of F/F Brian Carey. As a member of the Vauclain Fire Company in Ridley Twp,Pa. for 42 Years i know the risks and dangers. R.I.P. F/F Brian Carey

Permalink Reply by A.J. Timmer on April 1, 2010 at 8:03pm
Rest in Peace our fellow brother, you are now in the arms of our Great Maker.

Permalink Reply by Jim Carey on April 3, 2010 at 11:50pm
my condolences go out to brians family and the fire dept.

Permalink Reply by Jacques Martin Beaudry on April 8, 2010 at 12:45pm
R.I.P. My Brother and may gods hand escort you to heaven, for you are and forever will be a Hero. I want to express my upmost cinsere sympathy to Bryan's Familly and brothers in arms, my tought s are with all of you, be strong and brave like Bryan.

From Jacques Martin Beaudry Fire fighter and Brother in arm
And the Hawkesbury City Fire Department.

Permalink Reply by GARY HANSON on April 8, 2010 at 5:41pm
Every time I hear of one of these tragedies, I am brought abruptly to a place I never want to be. I am captain of our local VFD station and have several young fellows, about brother Brian's age, as firefighters. Two of them sat in my kitchen last night and we joked, bitched and discussed many aspects of our fire department involvement.

I have no doubt it would just kill me if one of those young men lost his life while doing what they do so very well. My heart breaks for the family, the officers and brothers. God bless you each and every one.