Well Ladies and Gentlemen.. its getting to be that time of year again where the weather is warm, and people done lose their minds with spring fever.. People are burning brush piles and debris from the fall and winter without regurds to wether conditions.. Which causes grass fires and wild land fires... Fire fighters get too involved in what they are doing, or they think im fine.. i dont need to take a break... Which causes them to get overheated and develope heat stroke and or heat exhaustion... thats where team work comes into play... Everyone watching out for our fellow firefighters.. Heat Emergencies are a cause of Cardiac Arrest on fire scenes along with being out of shape.. Drink lots of water also while your fighting the fire grass fire, brush fires, and wild land fires.. Staying propperly hydrated will help prevent Heat stroke or Heat exhaustion.. And most importantly, take breaks and cool off to help prevent a heat emergencies... For those who are FF/EMTS on the front line fighting the fire, lets keep an eye on our fellow fire fighters and try to catch our fellow fire fighters befor they get heat stroke or heat exhaution and a trip to the hospital...

Permalink Reply by Deanna on March 24, 2009 at 12:35pm
We have been full force already in our area for natural cover fires(thats what our area calls them). We have had a couple of occasions where firefighters have had issues, I'm one of them. Actually it was last night billygoating it up a steep hill. It is not a good feeling, especially when it escalates to the point of almost passing out. We were trying to get away from a small cedar grove that was starting to catch. I had plenty of water, but I admit I'm outta shape, and it showed. Guys and Gals, this is very serious and you have to take time for your breaks and rehab. If it's just in the woods and not endangering a structure, there is no sense in taking the chance of putting yourself in the hospital. Take care of yourselves and the members on your line.

On August 27, 1999 the Santa Barbara City Firefighters suffered their greatest loss. Stephen Joseph Masto died while fighting the Camuesa fire in the Los Padres National Forest. The fire that burned 180 acres was brought under control the next day. Not a particularly exciting fire. Not at all worth a life.

Steve was assigned as a line medical provider and died of apparent heat stroke while scaling a deep ravine. It was his first wildland fire with Santa Barbara City Fire. Steve was found, in full PPE, collapsed on a trail with water in his water bottles.

Hydrate, pace yourself and be familiar with the signs and symptoms of heat stroke.

What are heat stroke symptoms?

Symptoms of heat exhaustion include:

However, some individuals can develop symptoms of heat stroke suddenly and rapidly without warning.

Assure that the victim has an airway and is breathing. Follow the ABC's of first aid.

Put ice on the armpits, groin, and neck area. Cool the victim as aggresively as possible.

1. Strip the victim completely to facilitate cooling.
2. Cover the victim with a sheet soaked with water to cool the victim's body.
3. Use ice at the victim's armpits, neck, and groin.
4. DO NOT give the victim of heat stroke anything to drink.
5. A victim conscious enough to follow commands may be suffering from heat exhaustion. 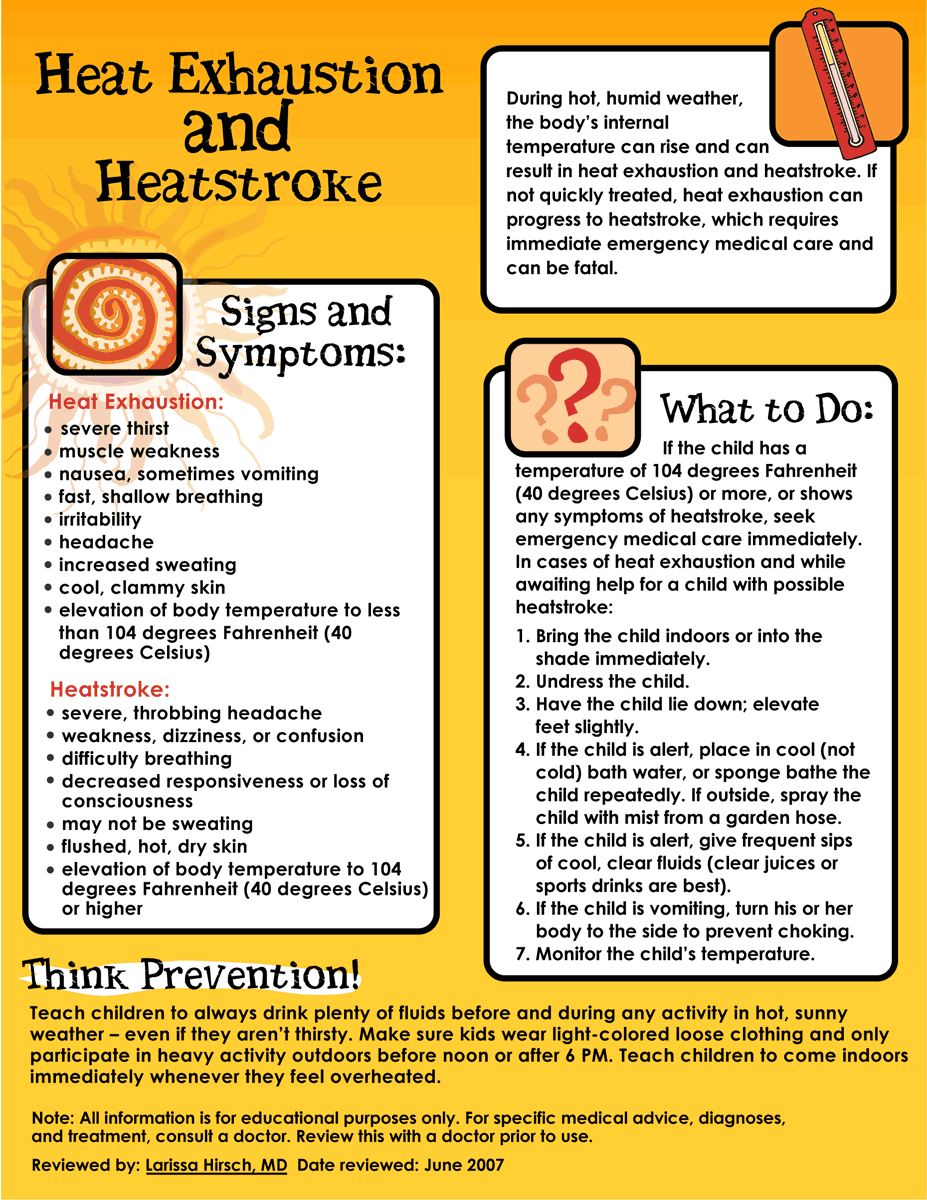 Permalink Reply by Deanna on March 24, 2009 at 2:01pm
Thanks Captain, I think we all forget when we are on a fire, we get so involved in what we are doing. Everyone should read this and remember the next time they are on the line.

Permalink Reply by Mike Schlags (Captain Busy) Retd on March 25, 2009 at 1:12am
or doing hazmat level A entry, prolonged structural firefighting where at least when I was an engineer, I made sure that for every bottle that we replaced, the firefighter would drink one bottle of bottled water. thou shalt hydrate... : ) bz

Permalink Reply by fireman1049 on March 25, 2009 at 2:07am
amen brother.. 2 bottle is even better to drink, but then a person needs to find a fire hydrant to relieve themselves sooner or later.. but we also have cold vests on our haz mat rig to help keep us cool in the summer.. and they work pretty good..

Permalink Reply by Fire Chick on March 25, 2009 at 7:30am
very well said.. we had brush fire yesterday, i was on one of the later trucks so we was fillin them up as they comin back and forth... the guys were drinkin water and takin breaks.. they knew what would happen if they didnt

Permalink Reply by Tony P on March 25, 2009 at 9:33pm
We hammer this topic constantly - winter and summer. If you don't hydrate, you will suffer.

Further to Mike's comment about PPE. It's hot? You have a wildfire? Don't wear your structural PPE! Structural PPE is not suitable for wildfire, it does not allow your body to cool and you will suffer, heat related illness is almost a certainty. You aren't issued wildfire PPE? That's an issue in itself, but if for whatever reason you don't have this correct PPE, then still don't wear your structural stuff, wear cotton pants, workwear or even jeans. Wear a long sleeved cotton shirt. Wear leather boots, not rubber. Get a lightweight helmet, a proper wildfire or even a construction helmet.

We do understand wildfire here. We do understand heat. And by the way, 'heat' is relative, it's all about what you are used to. Some places have hotter weather than us in their summer, some don't get as hot as us. It doesn't matter. If the temperature is what you think is hot, then it's hot. Dress properly, stay hydrated, take breaks, pace yourself, watch out for your workmates as they may not realise that they are suffering from heat-related illness. Heat stroke, the worst of the heat-related illnesses, is an emergency situation, it can and does kill. For us it's a Mayday situation, that's how seriously we regard it.

Permalink Reply by Tony P on March 27, 2009 at 10:38pm
With the northern hemisphere summer fire season starting for many, I think this thread needs to stay alive for a bit. Heat illness in firefighters is a problem, all nations would suffer from it. Remember, heat illness can kill.

For my second post on this thread I thought I'd mention the 'apparent temperature' chart that Mike posted. If you haven't had a close look at it, do so! The chart shows how hot it seems to us for a given temperature/humidy combination. Why does it seem hotter to us the higher the humidity level? Simply because in high humidity our bodies have trouble cooling via perspiration. The body's main cooling system doesn't function efficiently. High temperature and low humidity is worse for wildfire conditions, but better for us humans because the perspiration can evaporate quickly - doing it's job of cooling our bodies. Something to be very aware of, high temp + high humidity means we need to take more rest breaks. Breaks where we should remove some clothing and stay in the shade.

Remember, it's your health, your life. Look after it!